Are hockey and football in Oakland's future? New AD Steve Waterfield plans to find out 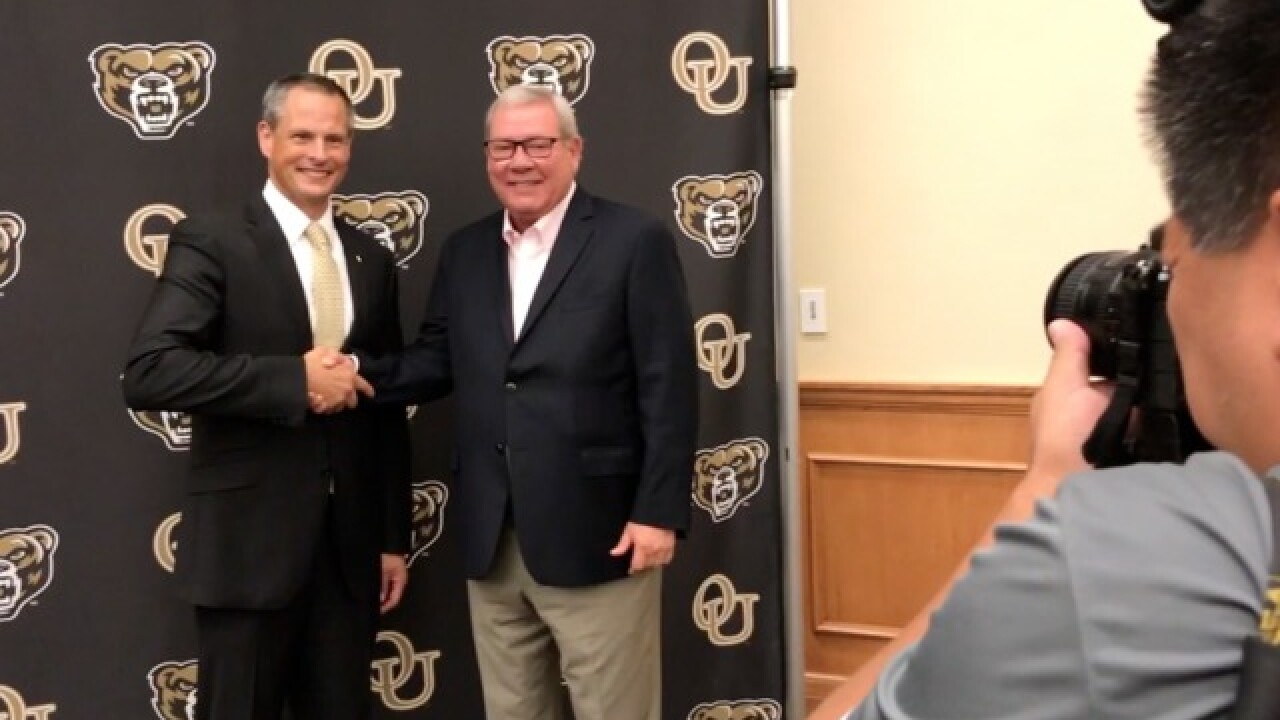 Yet minutes into his introductory press conference, he was asked if he plans to expand the school's athletic department with two major sports: hockey and football.

"Regarding hockey and football, I know there was a report done. Obviously I have not started, so I haven't seen that report. So I've gotta look at it," Waterfield said.

"I think the core is to make sure the sports we have here right now are successful and in position to be successful."

Waterfield addressed questions about Oakland's athletic facilities, too. The O'Rena serves as a home to the men's and women's basketball teams, the women's volleyball teams, as well as the cheer and dance teams. Practice time is at a premium.

"Nothing that ever meant anything to me has ever been accomplished without hard work, and so then it just becomes raising the money and building those facilities and prioritizing them," he added.

Watch his full press conference below.