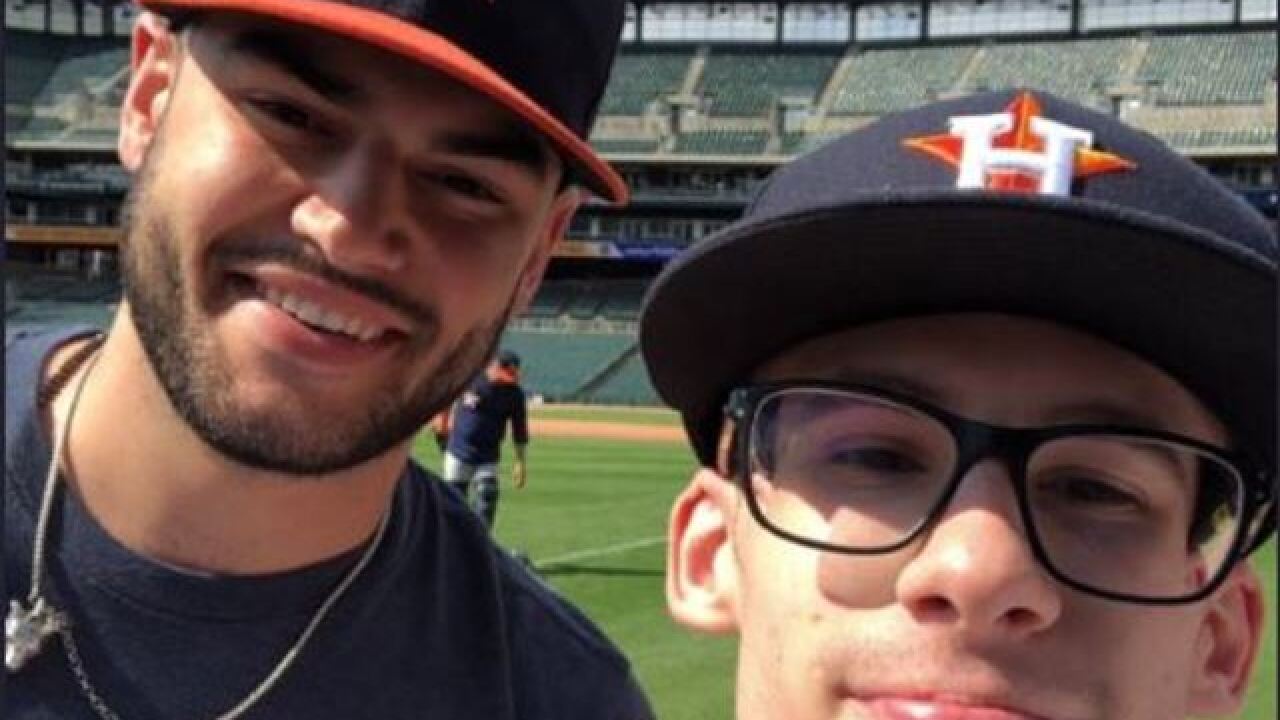 That's not usually worth mentioning.

But he played catch with a fan. That's pretty unique.

McCullers ran out of the dugout on Wednesday looking to toss with a teammate. One issue: no other Astros player was on the field.

So McCullers found Nick Kay, a baseball fan from Warren who brought his glove to the game.

The guys played catch for five minutes, and McCullers signed the ball and took a photo with Kay after the toss.

Check out the video for more.