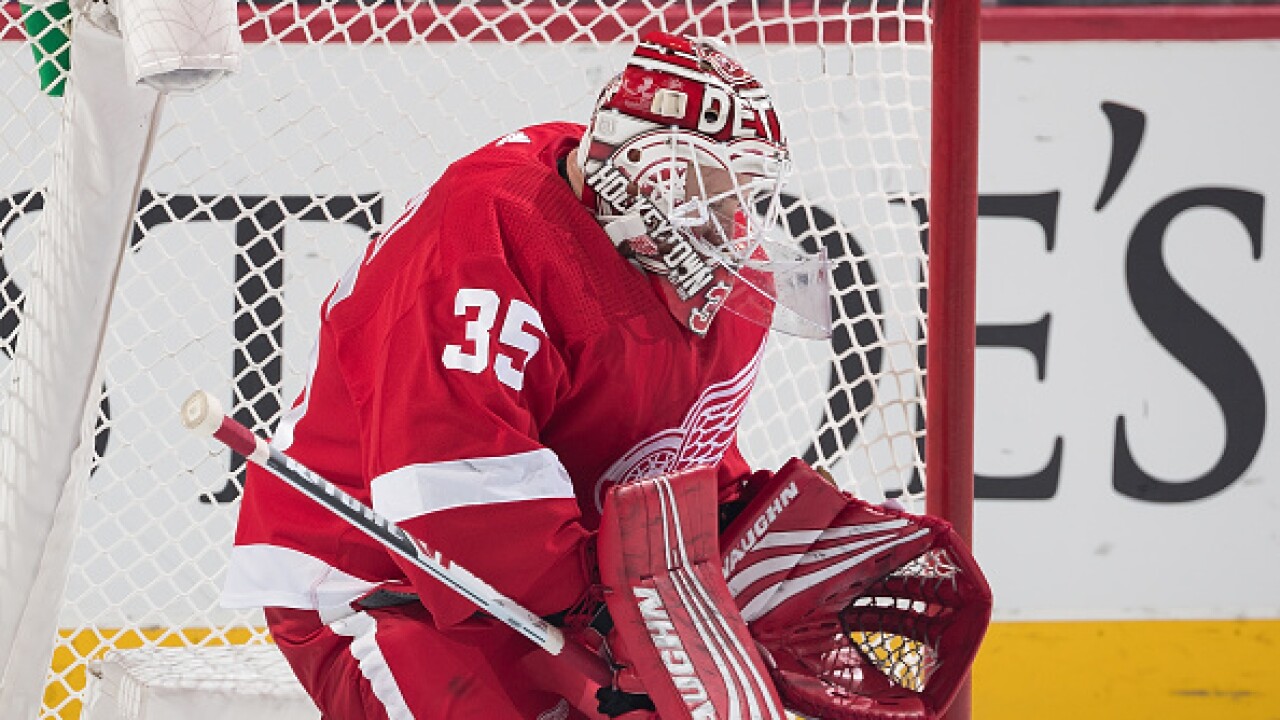 DETROIT (AP) — Jeff Petry finally scored a goal against the Red Wings in Detroit, and it turned out to be decisive.

Petry scored 19 seconds into the third period, and the Montreal Canadiens held on for a 3-2 victory over the Red Wings on Tuesday night. Petry, a Michigan native, is the son of former Tigers pitcher Dan Petry, who was a member of the Detroit team that won the World Series in 1984. Jeff Petry's goal Tuesday was the 54th of his NHL career, but the first in Detroit.

"It's exciting to get that in this building, in front of a lot of friends and family," Petry said.

Brendan Gallagher and Joel Armia scored 66 seconds apart early in the second for Montreal, and Petry's goal made it 3-1. Andreas Athanasiou scored both goals for the Red Wings.

Detroit wrapped up a five-game homestand that included only one victory. The Red Wings are 1-6-2 in their last nine games.

Gallagher opened the scoring 30 seconds into the second period, capitalizing during a goalmouth scramble after goalie Jimmy Howard failed to secure a rebound.

Just over a minute later, the Red Wings gave Armia too much room in the slot, and he beat Howard with a wrist shot.

Athanasiou made it 2-1, beating goalie Antti Niemi from the right circle after a failed zone exit by the Canadiens.

"I tried to look over like I was going to pass," Athanasiou said. "I don't know if it worked, but I was hoping Niemi would read pass and give me somewhere to shoot."

Montreal began the third period much like the second. Former Red Wing Tomas Tatar found Petry trailing a rush, and the Montreal defenseman scored with a wrist shot from between the circles.

"When I got the puck I thought I had to get it off pretty quick and I picked my head up and saw there was a little more room," Petry said. "So I got myself a few more steps in and got myself in a better position."

Athanasiou brought Detroit back within one with 15:02 remaining. The Red Wings' struggling power play created good pressure, and Athanasiou scored from a tough angle to the right of the net, his 17th goal of the season.

With their goalie pulled at the end, the Red Wings had the puck in the offensive zone in the final 10 seconds, but they exasperated their own home crowd by passing it around and letting the clock expire without a shot.

"I think we can play better at home," Montreal coach Claude Julien said. "Whether it's bringing that road mentality to your home rink, somehow that's what we need to do here."

NOTES: Canadiens D Shea Weber, who was hit in the face while blocking a shot Monday night against Minnesota, played 24:08 on Tuesday. ... Howard played his 491st game, tying Guy Hebert for eighth on the career list among American-born goalies.