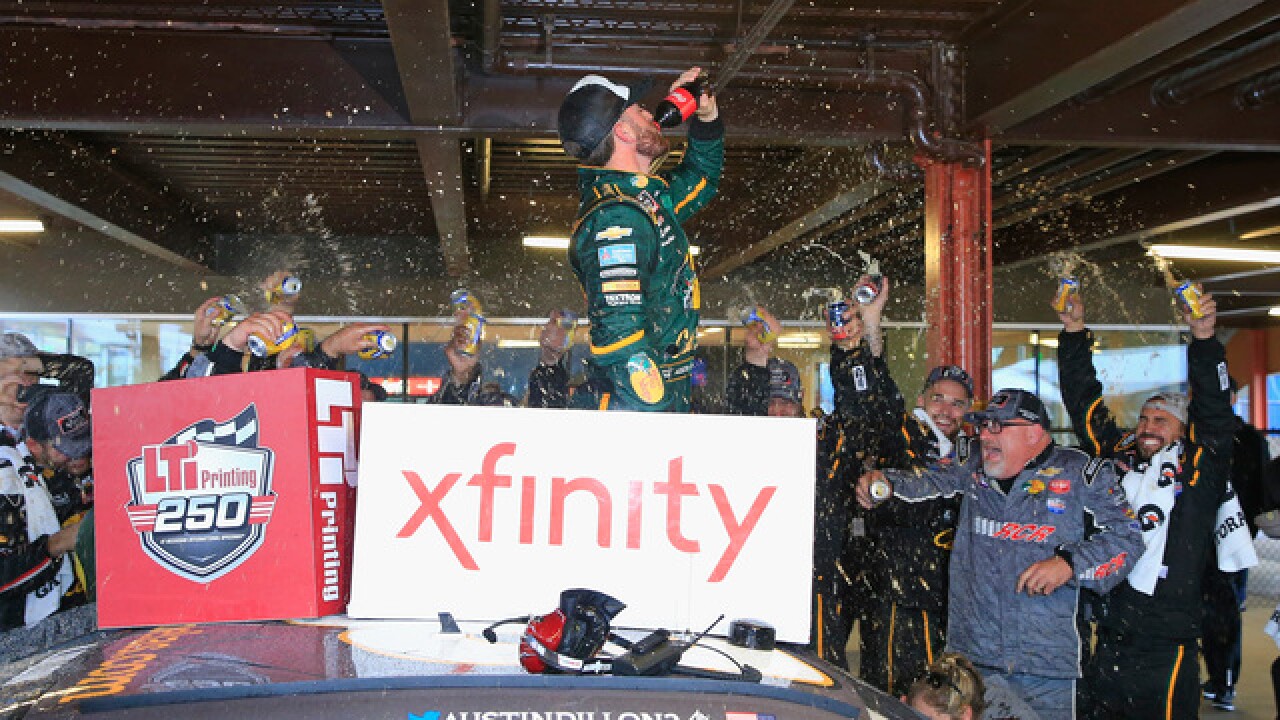 It was the ninth career Xfinity victory for Dillon, and the first in 2018 for this year's Daytona 500 winner.

Qualifying earlier in the day was canceled because of the weather. Kyle Busch started the race at the front based on owner points.