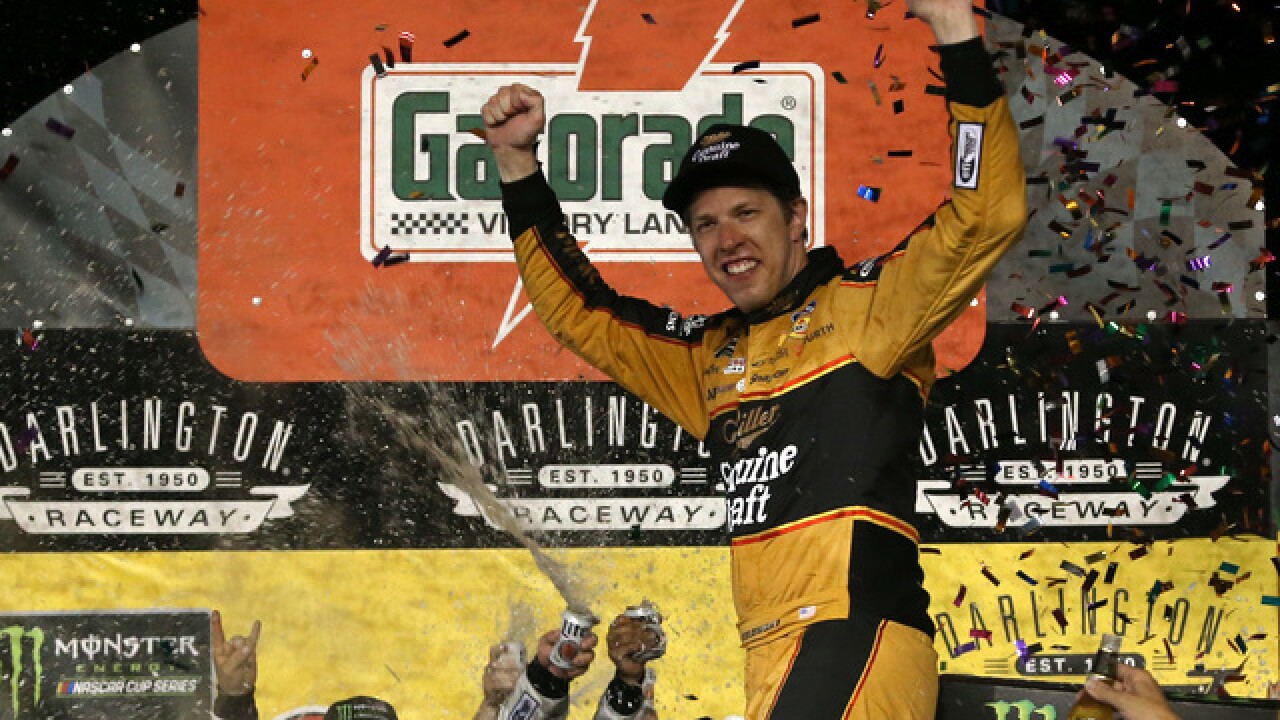 DARLINGTON, S.C. (AP) -- Brad Keselowski beat leader Kyle Larson out of the pits with 22 laps to go, then pulled away on a restart to win the Southern 500 and sweep the weekend at Darlington Raceway.

Keselowski took the Xfinity race Saturday when leaders Ross Chastain and Kevin Harvick wrecked late. This time, Keselowski and his crew took advantage on the final caution to move in front with a fast pit stop.

Keselowski took care of the rest as he opened a second-and-a-half lead down the stretch.

It was Keselowski's first win of the season and the first time a Team Penske driver has won at Darlington since Bobby Allison in the 1985 Southern 500.

Larson won the first two stages and led 284 of the 367 laps. Yet, he leaves disappointed with his seventh top-three finish of the season.