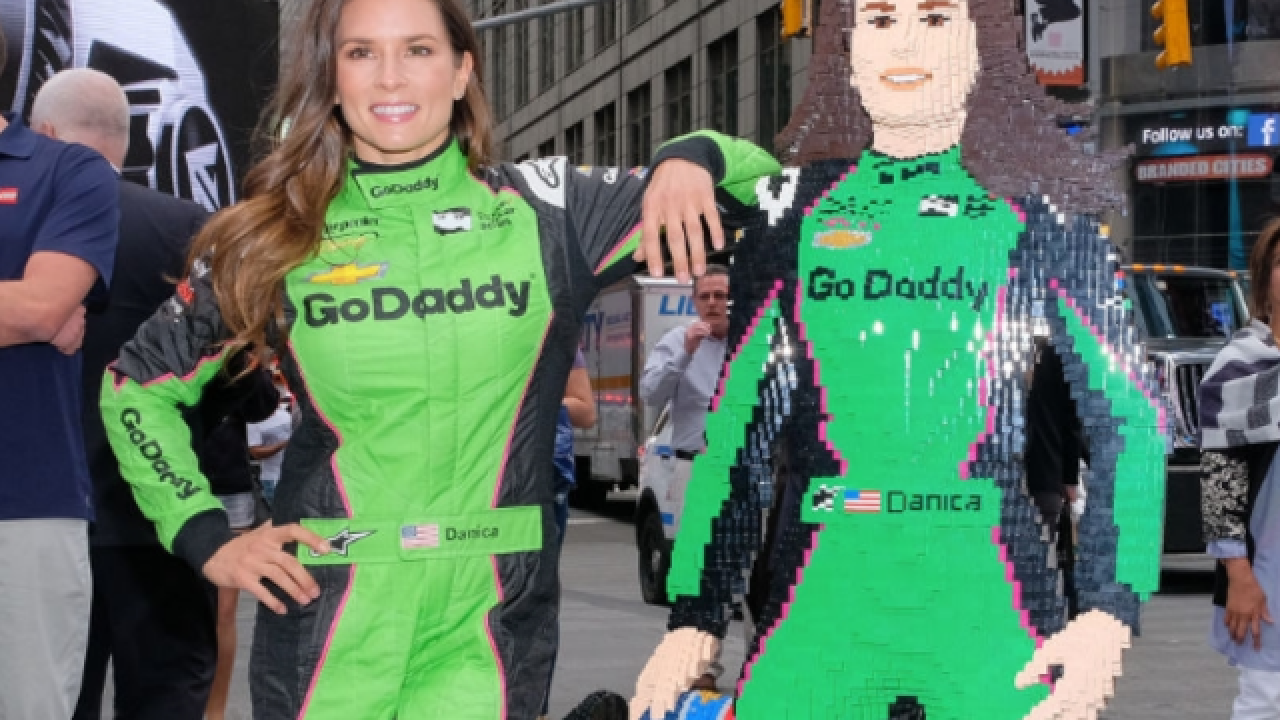 NEW YORK (AP) -- When Danica Patrick drives her final race in the Indy 500 on Sunday, she'll certainly be the only competitor with a Lego statue in her image.

While that won't help her win IndyCar's biggest race, it does speak to Patrick's popularity. Maybe she wasn't a rousing success behind the wheel in open wheels or NASCAR, but she has made an impact that reaches far beyond the ovals and road courses she raced.

"I think that it is a really unique and cool memory to have. Does anyone else have a Lego portrait, and full life-size?" she said Tuesday in Times Square when the statue, in full race suit, was revealed.

"I feel like I have been so fortunate in my career, so many great fans, great sponsors, so many opportunities, so many great successes. When you are reminded of that in a way like when having your own Lego sculpture of yourself, it gives you a little bit of perspective."

The proper perspective in evaluating Patrick's career isn't about Legos or wins. It's about a legacy built on opportunity for anyone and everyone.

"I think that the better framework of that idea is that when a family is at the track or a family is at home watching the race and they see me," she said, "and maybe their kid is confused or (asks) `Is that a girl out there?' It gives them a good conversation point to tell them that anything is possible.

Auto racing at the highest level clearly is a man's world. Patrick made inroads not with victories but with her mere presence in elite events. When she starts seventh Sunday at Indy, she will have gone full circle, with one last chance to replicate her only win at the top level of either series, in Japan in 2008.

Patrick drove in one race this year, the Daytona 500, finishing 35th after getting into a wreck. Now comes Indy.

"It is a great way to kind of honor where I have been, to be able to have one last go, to be able to thank the fans, to be there," Patrick said. "There is a famous thing in racing called `The Double,' when you do the Indy 500 and Coke 600 on the same day. My double is doing Daytona and the Indy 500 because I have been able to be lucky enough to race in both series full time. To finish up where it all started 13 years ago, lucky No. 13, is really cool."

She reasons that 200 laps around the Indianapolis Motor Speedway actually will be less arduous than most IndyCar venues.

"I am nervous, for sure," she said. "It has been seven years since I raced an Indy car. But if there is one race that you are going to have the best chance of being comfortable it would be the Indy 500 because you get the most amount of on-track time. And we have been testing for the last week.

"Look, there are going to be things that are not as natural for me out there, but it doesn't mean the ultimate is not possible. Or else I wouldn't come and do it. So I am nervous, but also excited and I am sure it will be more emotional than I am expecting."

And when her final race is over, even if she doesn't have a trophy to show for it, she has that Lego replica.

"She will stay looking that perky forever," Patrick said, "so I think it is wonderful."