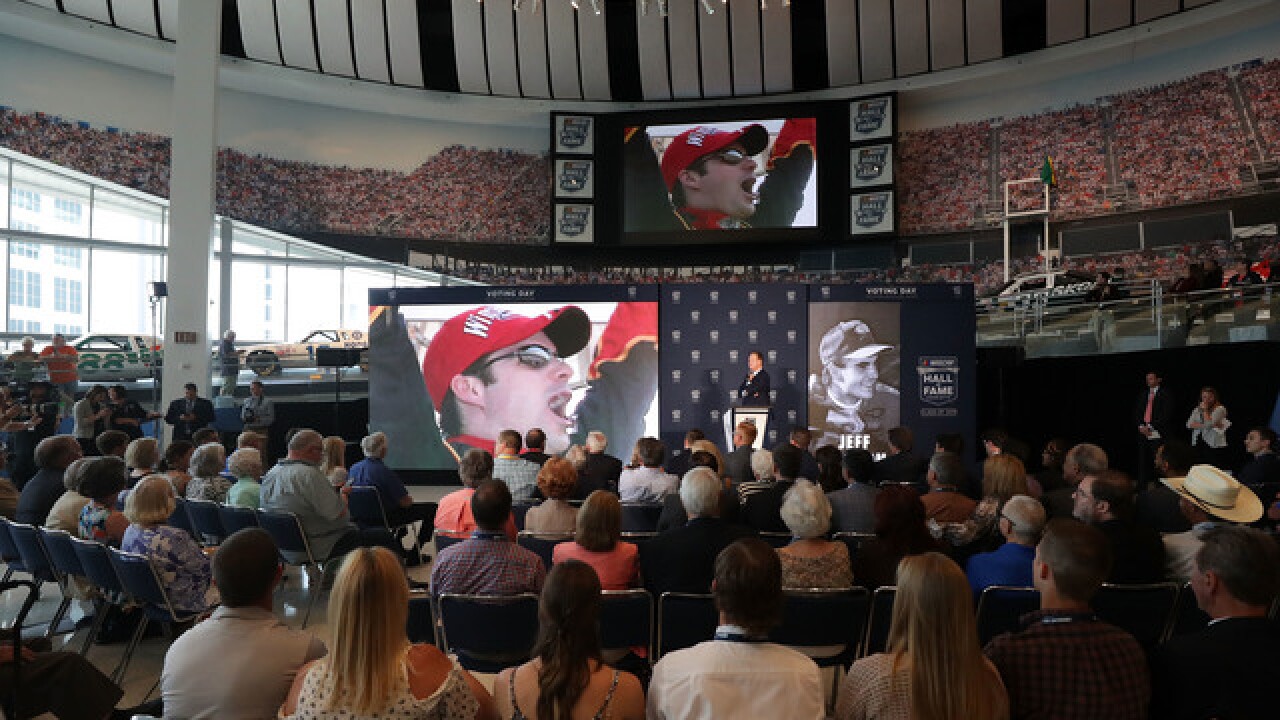 CHARLOTTE, N.C. (AP) -- Jeff Gordon has been selected to the NASCAR Hall of Fame.

A four-time Cup Series champion who helped take stock car racing from a regional sport to the mainstream in the 1990s, Gordon received 96 percent of the votes from the Hall of Fame committee. He's third in Cup history with 93 victories.

Car owners Jack Roush and Roger Penske also were selected to the Hall of Fame.

They will be joined by drivers Alan Kulwicki, known for his unique "Polish victory lap," and Davey Allison, who won 19 Cup races, including the 1992 Daytona 500. Both died in 1993 -- Kulwicki at age 38 in a plane crash and Allison three months later in a helicopter crash at 32.

Jim Hunter was selected as the Landmark Award winner.