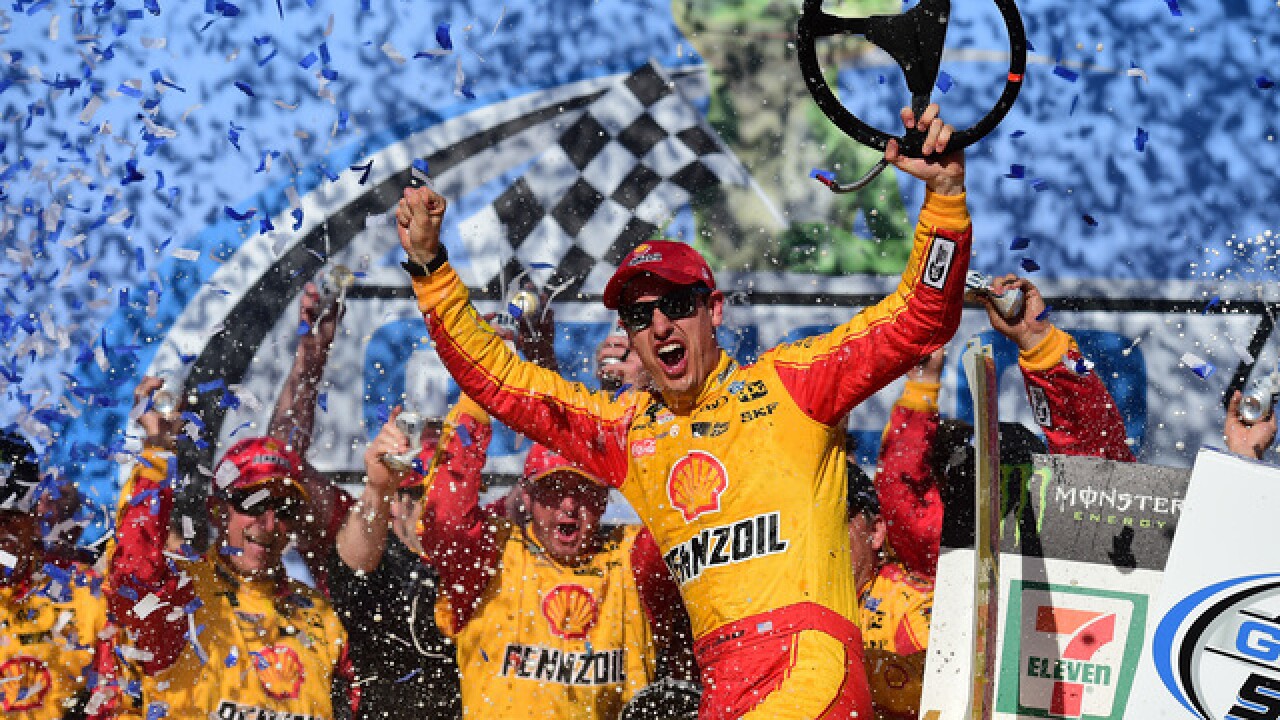 TALLADEGA, Ala. (AP) -- Joey Logano has ended a nearly yearlong losing streak with a victory at Talladega Superspeedway.

Logano's last victory was April 30 of last year at Richmond but his car failed inspection, the benefits from the victory were stripped and it cost him a shot in the playoffs.

On Sunday, he made sure that losing streak didn't hit a full year.

"It feels so good to be back in victory lane. There's no feeling like that," Logano said. "It's been a long time coming. We knew the win was right around the corner. I don't have to worry about the whole playoffs thing anymore. We're in!"

He had one brief challenge from Kurt Busch, who pulled out of line in traffic and tried to catch Logano but had no help from a drafting partner and could not get the lead.

Logano screamed "we're back!" on his radio as he crossed the finish line.

It is Logano's third career win at Talladega.

Chase Elliott was third in a Chevrolet for Hendrick Motorsports, while Kevin Harvick was fourth in a Stewart-Haas Racing Ford. Ricky Stenhouse Jr. was fifth, David Ragan sixth and Aric Almirola seventh as Ford drivers took six of the seven spots.

Elliott said the Fords had too strong and steady of a strategy for him to have any chance at making a move to catch Logano.

"I thought for sure one of them wanted to win more than they showed," Elliott said. "If it was me, I would have wanted to do something or try. They were not interested in advancing. They were not going to help me move forward."

Busch said his intention was to work with Stenhouse, the defending race winner, to help SHR get a victory from either Busch or Harvick.

"Two Stewart-Haas cars running second and third should have been able to pull this off," Busch said. "I'm happy that a Ford won. It wasn't the right one."

Harvick felt Busch made his move too early.

"The Fords are so fast, we had five or six lined up there, and Kurt went a lap before I was ready," Harvick said.