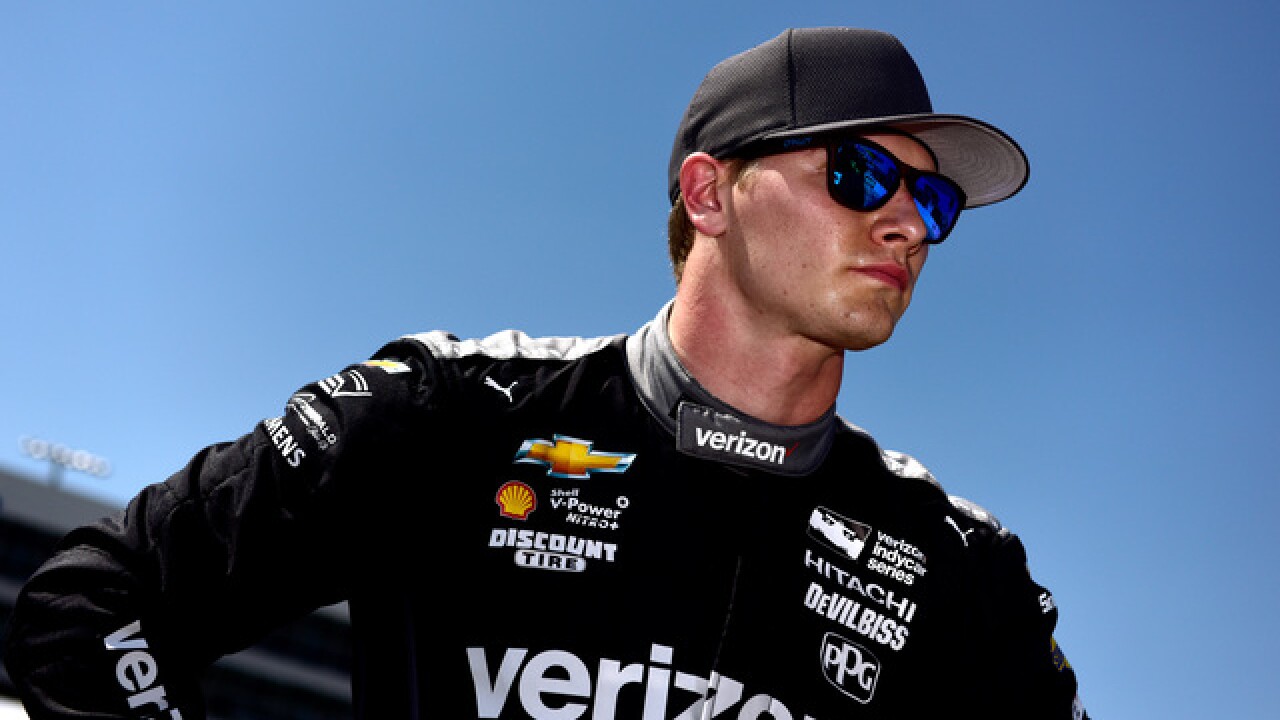 With no caution flags all afternoon to slow him down, the pole-sitting Newgarden finally pulled away late from Ryan Hunter-Reay for a comfortable victory.

Newgarden led 53 of 55 laps, crossing the finish line with a 3.38-second cushion over second-place finisher Hunter-Reay for his third win of the season.

"We had our work cut out for us today," Newgarden said. "We had to be perfect."

The defending series champion savored the victory in the 222-mile-long Kohler Grand Prix on his cool-down lap, taking in the crowd at the rural Wisconsin road course. Newgarden has such a devoted following here that fans planted a garden in his honor in time for this weekend's race.

"These people have a professional garden set up with little `Baby Josefs' growing," Newgarden said with a smile. "It was kind of cool."

The victory might have been more satisfying. It completed an impressive weekend for the Team Penske driver at the 14-turn track, where Newgarden's No. 1 Chevy registered the top speed in practice.

Points leader Scott Dixon finished third. He was part of the three-car pack led by Newgarden that separated from the field with about 13 laps left.

They couldn't catch Newgarden. He returned to the podium following a five-race stretch finishing no higher than eighth.

What might be considered a slump for Newgarden came to an emphatic end. He picked up his 10th career victory and first at Road America.

After staying within about 1 second of Newgarden for much of the race, Hunter-Reay lost ground when Newgarden's car got a fresh set of tires on his last pit stop. Newgarden said he felt good about his chance with about eight laps left.

"In hindsight, I should have pressured him a bit more in the first stint. We were focused on a fuel number at the time," Hunter-Reay said. "Unfortunately, that Penske fuel number comes into play (and you) can't really go hard."

A caution-free race also worked to Newgarden's advantage, with the field unable to reset from a restart. It was the ninth start-to-finish, green-flag race at Road America.

"I was hoping for a yellow (flag) to mix things up," Hunter-Reay said. "It never came through."

It still didn't make for a stress-free day for Newgarden, with Hunter-Reay's No. 28 Honda chasing the Penske car down all afternoon.

"We needed to keep to our strategy and save fuel. But Ryan was so quick that it was tough to just stay in front of him and try to work on my race. He was really pressuring me," Newgarden said.

WHO'S NOT
Will Power, Newgarden's teammate at Penske, finished last after heading to the garage following two laps with mechanical issues. Power, who started second, said he felt the car having problems during the final pace lap.
"It is what is," Power said. "I'll still take the Indy 500 win, so let's move on."

TO THE POINTS
Dixon moved to 393 points on the season to open a 45-point lead. Hunter-Reay moved up to second, tied with Alexander Rossi at 348 points. Newgarden (343) moved up one spot to fourth, while Power (328) dropped from third to fifth.
"All in all, great points day for us," Dixon said. "Lead in the championship, which is important. We've definitely got to get our act together in qualifying."

COMING BACK
Track president George Bruggenthies announced before the race that the IndyCar series would return to Road America for three more years. Road America has been a popular stop with drivers and fans since the top open-wheel racing series returned to Elkhart Lake in 2016.

UP NEXT
The series takes a weekend off before returning July 8 for the 300-lap, 268-mile race at Iowa Speedway. Helio Castroneves won at the oval last year, while Newgarden took the checkered flag in 2016.