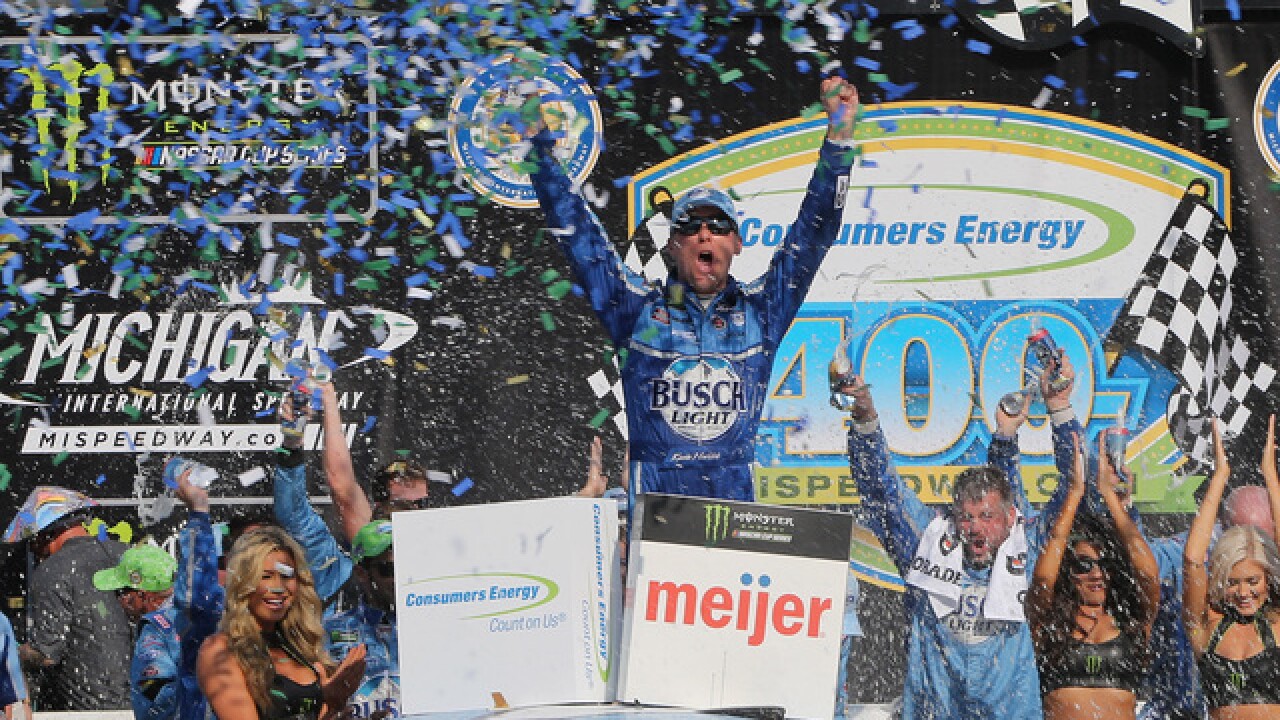 His No. 4 Ford finished 3-plus seconds ahead of Brad Keselowski's No. 2 Ford on Sunday.

Kyle Busch, who started Sunday with the points lead, finished third in his No. 18 Toyota. Austin Dillon, in the No. 3 Chevrolet, was fourth followed by Ryan Blaney's No. 12 Ford.

Martin Truex Jr., the third driver in NASCAR's Big 3 with Harvick and Busch, was 14th in the 40-car field in his No. 78 Toyota.

Busch has won six races this year and Truex has finished in first four times. The rest of the field has combined to win just six of 23 races.