Kyle Busch pulls away to win at Richmond 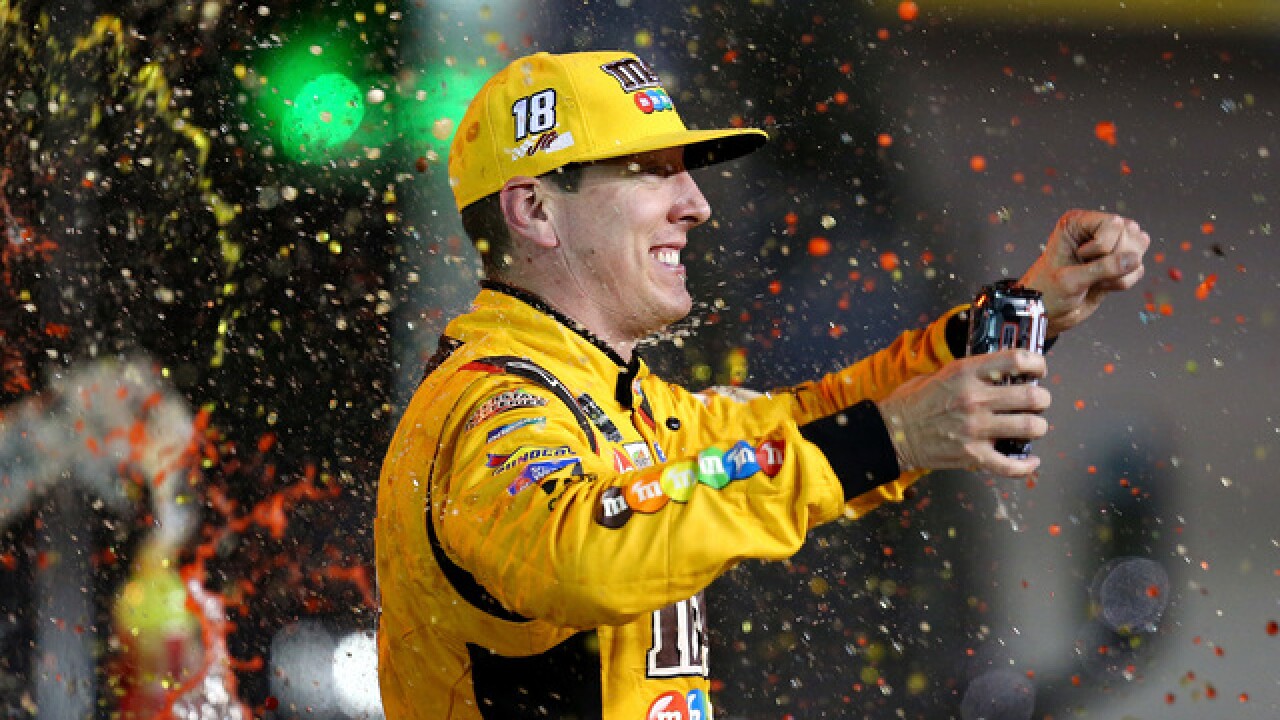 RICHMOND, Va. (AP) -- Kyle Busch pulled away on a restart in a two-lap overtime sprint to the finish and won his third consecutive race in NASCAR's Cup Series.

Busch, who started 32nd but quickly worked his way into contention, outran Chase Elliott and teammate Denny Hamlin for his fifth career victory at Richmond Raceway. The victory is his 46th overall.

The race went more than 350 laps before there was a caution for an on-track incident, but with pole-sitter Martin Truex Jr., Elliott and Kevin Harvick all contending for the victory, a series of cautions forced four restarts over the final 47 laps.

Truex seemed  a threat tp end an oh-for 74 record in short track racing, was running second when the caution flew with 11 laps to go, but a terrible pit stop saw him lose at least seven spots. He finished 14th.