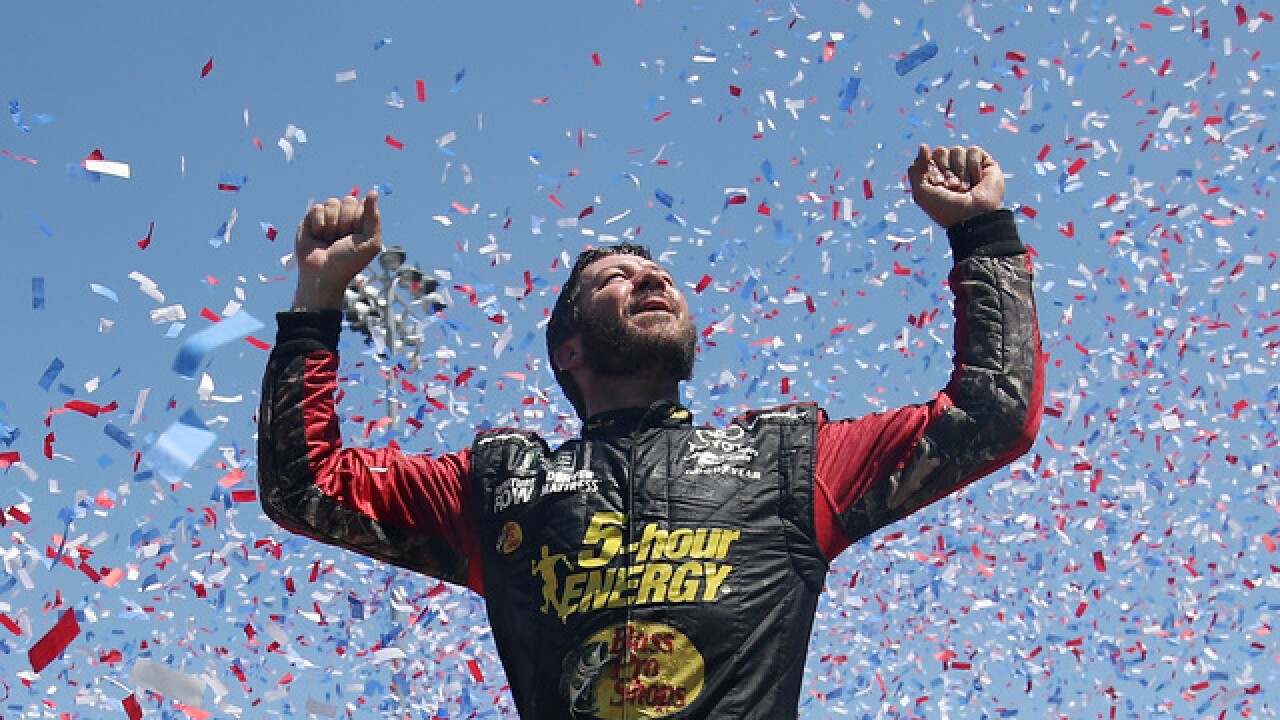 Truex easily held off Kevin Harvick for his second win in three weeks and his third victory of the season in his Furniture Row Racing Toyota. The defending Cup Series champion waited to pit until the 81st lap, giving him fresher tires down the stretch and allowing him to pass Harvick for the lead around the final hairpin turn with 20 laps to go.

Truex's victory in his manufacturer's title race was the 18th of his career. He earned his second career victory at Sonoma in 2013 for Michael Waltrip Racing, making him the only racer to win twice in the past decade at Sonoma.

Harvick went to the pits shortly after Truex passed him, but never got the caution that would have been necessary for him to catch up.