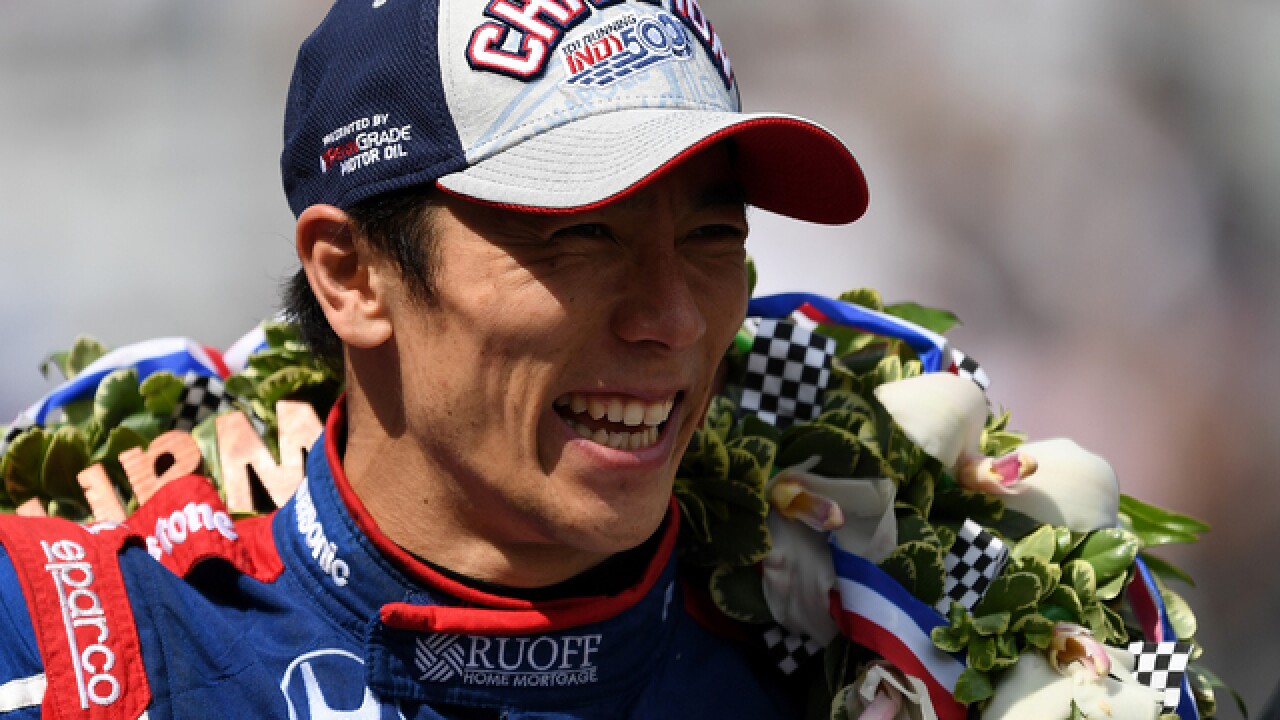 Owner Michael Andretti was also on hand to receive a Baby Borg. Andretti's Indy 500 win last year was his fifth as a car owner and third in the past four years. He also won in 2016 with Alexander Rossi.

Sato won't be driving for Andretti Autosport this season. He's with Rahal Letterman Lanigan Racing instead. Sato, who has a strong alliance with Honda, needed a contingency plan in case Andretti moved to Chevrolet for this year. Andretti ended up staying with Honda, but Sato agreed to a deal with Rahal.