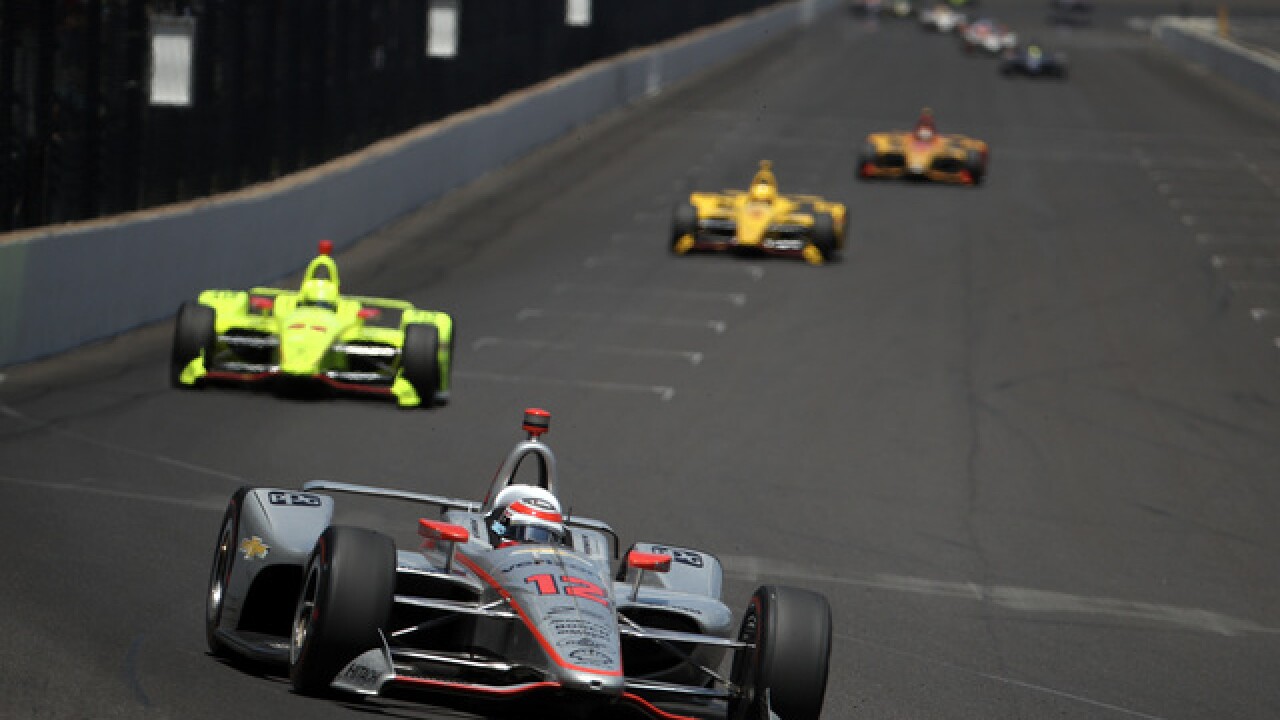 Copyright Getty Images
Chris Graythen
<p>INDIANAPOLIS, IN - MAY 27: Will Power of Australia, driver of the #12 Verizon Team Penske Chevrolet leads a pack of cars during the 102nd Running of the Indianapolis 500 at Indianapolis Motorspeedway on May 27, 2018 in Indianapolis, Indiana. (Photo by Chris Graythen/Getty Images)</p> 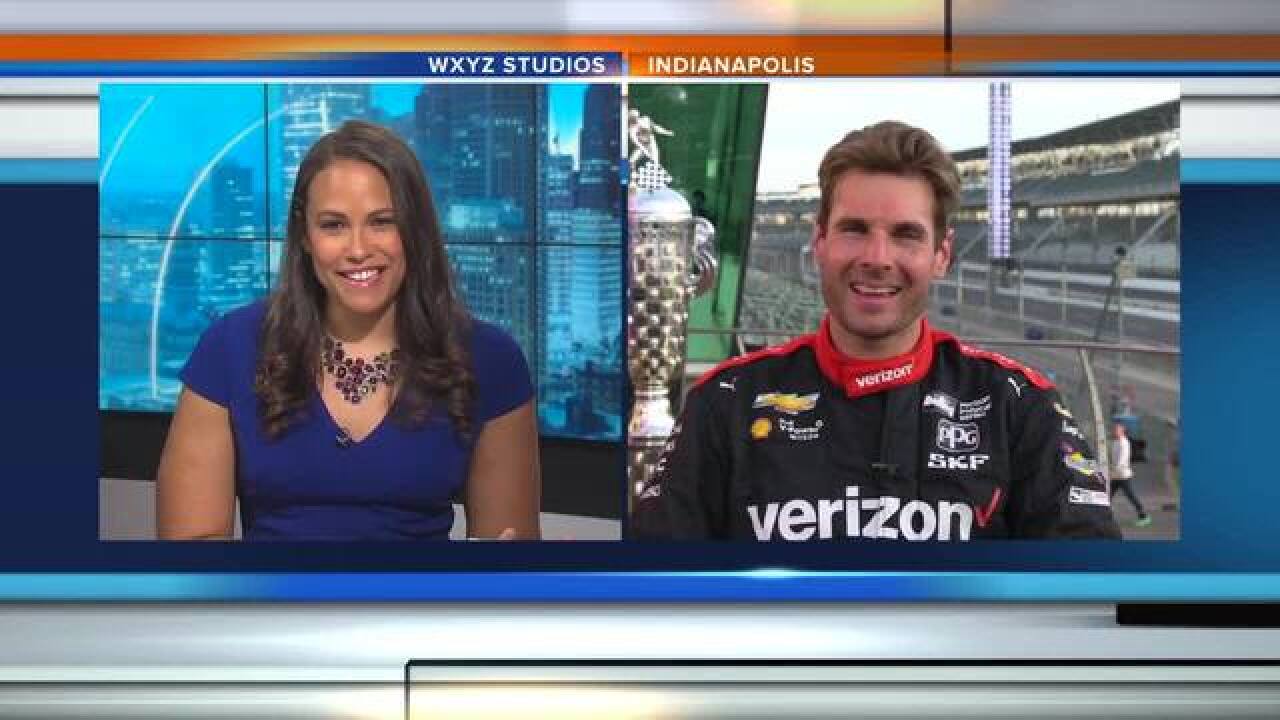 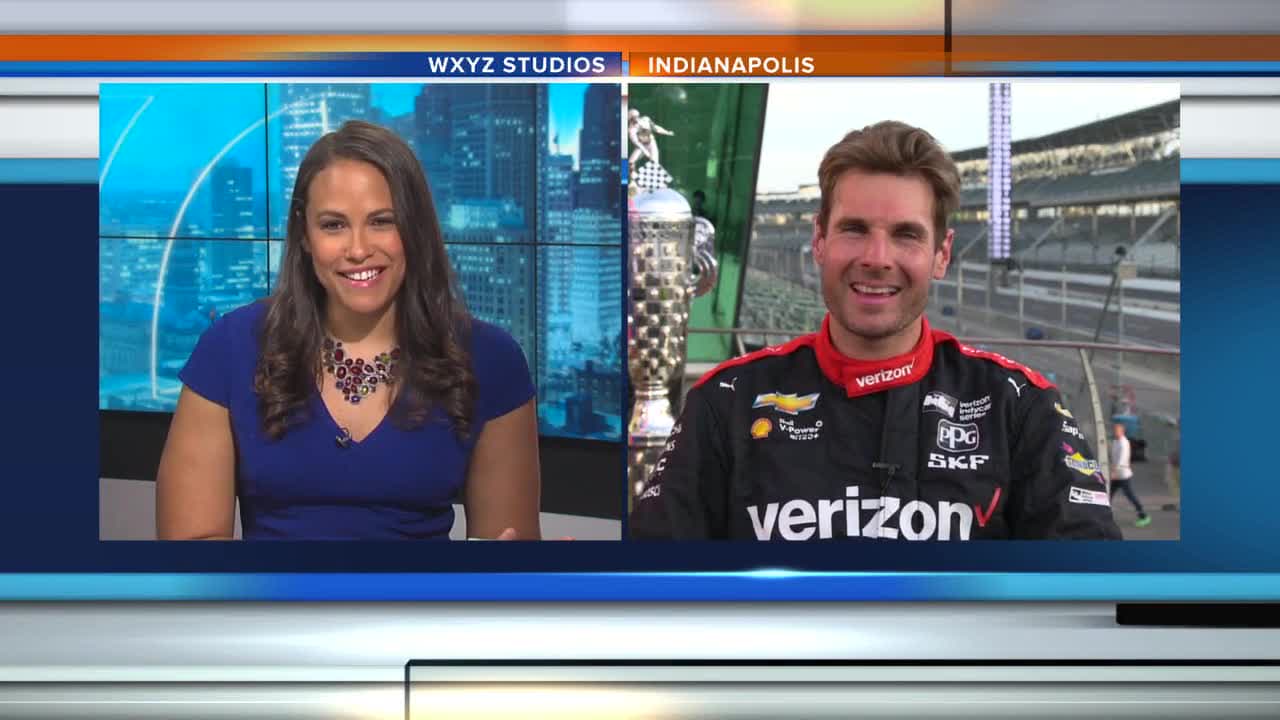 INDIANAPOLIS (AP) -- Will Power hated racing on ovals. He wasn't a fan of Indianapolis Motor Speedway and figured he would never win the Indianapolis 500.

That kind of attitude doesn't fly when you drive for Roger Penske.

Power had to change his thinking and his performance on oval tracks. He learned to respect the speedway. And the 37-year-old Power is now a winner of one of the biggest races in the world.

"I've slowly changed to be a more positive person. It's hard when you're very negative," said Power, who pulled away in the final moments to win the 102nd running of the Indy 500. "You've got to have determination. That's what I had. You work hard at something, it comes to you. It eventually comes to you. (Indy) was the last box to tick, to be considered as a very successful driver."

The different approach landed Power in the most storied winner's circle in history Sunday when he gave Penske a 17th victory in "The Great American Race." Power actually swept the month of May at Indy after winning on the road course two weeks ago and his 34 wins tied him with Al Unser Jr. for eighth on IndyCar's all-time list.

Power is also the winningest IndyCar driver in Penske history (31). He is the first Australian victor in the 102 runnings of the race, and joined countryman Daniel Ricciardo as winners on the biggest day of the year in motorsports. Ricciardo won Formula One's Monaco Grand Prix earlier Sunday.

Power celebrated the checkered flag by screaming into his radio: "Show me respect, (expletive)!" When he got to the winner's circle, he screamed some more. Some two hours after the race, he was exhausted.

"I just screamed like I've never screamed before. It was just amazing. The last two laps, the last lap, seeing the white flag, the checkered, I mean, you can't explain it," Power said. "It's what I needed so badly, what I wanted so badly, and it came true. Anyone here knows how that would feel. You want something so much, it comes through to you through hard work and determination."

Penske arrived in Indy with four fast Chevrolets, and the engine builder was determined to snap Honda's two-race Indy 500 winning streak. The Chevys were the fastest cars in the field and Team Penske had four equal chances to win.

As Power held off pole winner Ed Carpenter to win his first Indy 500, the 81-year-old Penske pumped his fist in the air and clapped. Penske was elected to the NASCAR Hall of Fame earlier this month, and had a shot at closing Sunday with a victory in the Coca-Cola 600 in North Carolina.

"To be able to race on Memorial Day in the biggest sporting event in the world, have America the way it is, that's what I'm going to take away from this race," Penske said. "I'm just so thrilled, 17 wins. Now I have to worry about 18. I'm not going to look back, I'll look forward. We have to be back next year."

In the winner's circle, Power could not contain his glee.

He screamed to wife, Liz, took a sip of the traditional milk, then dumped the rest over his head and around his crew. Liz Power reached for the empty milk bottle, then pointed out to her husband that he'd sprayed milk all over one of the Indy 500 princesses. He apologized, then started screaming again.

Splashing the princess was the only wrong move Power made all day during an event that saw many top drivers make costly mistakes. James Hinchcliffe, a championship contender, failed to make the race at all. Castroneves, Tony Kanaan, Sebastien Bourdais and Danica Patrick were among those who crashed in single-car spins. Defending race winner Takuma Sato was also knocked out when he ran into the back of a slower car.

Power led 59 laps but his final pit stop dropped him to fourth, behind three cars that were trying to win on fuel mileage. Kanaan's crash with 12 laps remaining set up a final restart with Oriol Servia out front. He didn't get a great restart and was passed by Stefan Wilson and Jack Harvey. But all three needed enough gas to get to the finish line, and it was Power who was frantically chasing them down.

Wilson and Harvey both ducked onto pit lane for gas, giving Power the lead with four laps remaining. He knew he had it won when he took the white flag all alone, and spent the final lap yelling to himself in joy as he drove away from the field.

"I was wondering if I would ever win it and thoughts when through my mind during the month, my career," he said. "I've had so many wins, so many poles. Everyone talks about the 500 and I just couldn't imagine winning a race in front of a crowd like this, this many people. It's just amazing."

Carpenter was second in a Chevy and noted just how much Power used to hate the speedway.

"He hated ovals and now he loves them," he said. "He and I love racing together. Maybe someday he'll race for me. I don't know if we have a tampering rule in IndyCar, but congrats Will."

Scott Dixon stretched his fuel to finish third and was followed by Alexander Rossi, who drove from 32nd to fourth and made some of the most spectacular moves in the race.  Rossi had no choice: It was difficult to pass in the 2018 car on a day that fell just 2 degrees short -- it was 91 -- of being the hottest 500 in history.

The conditions created a slick, 2 1/2-mile track, and new cars with less downforce proved to be a handful for even the most experienced of drivers.

Castroneves' bid to win a record-tying fourth 500 ended when he spun exiting Turn 4. The popular Brazilian has been chasing Rick Mears, A.J. Foyt and Al Unser Sr. in the record books and even though Penske moved him to sports cars this year, Castroneves was given a seat for Indy.

Penske said if Castroneves won a fourth, he'd get a chance at a fifth and the team confirmed that after the race. Still, Castroneves savored his final moments on the track Sunday and instead of taking an ambulance ride to the care center, he made the long walk down pit lane, waving to fans on the way.

Patrick was completing the "Danica Double" after wrecking out at the Daytona 500. She decided long ago that the race that made her famous would be her last, and while she called the outcome disappointing, she also expressed appreciation for all that Indianapolis had given her.

"Yeah, it's an entire career," she said, "but what really launched it was this. It's both of them. I had a lot of good fortune here and did still have some this month. It just didn't come today."

Bourdais crashed a year after missing the race because of a harrowing, high-speed accident during qualifying. Bourdais had led at least one lap in every race this season, and led for the first time in his career at Indianapolis.

Honda didn't win the race but did manage to put six of its cars in the top 10. Kanaan led at least one lap in his 14th Indy 500 to break a record he had shared with four-time race winner A.J. Foyt.