Back in action, Michigan State again has to shake off an early loss 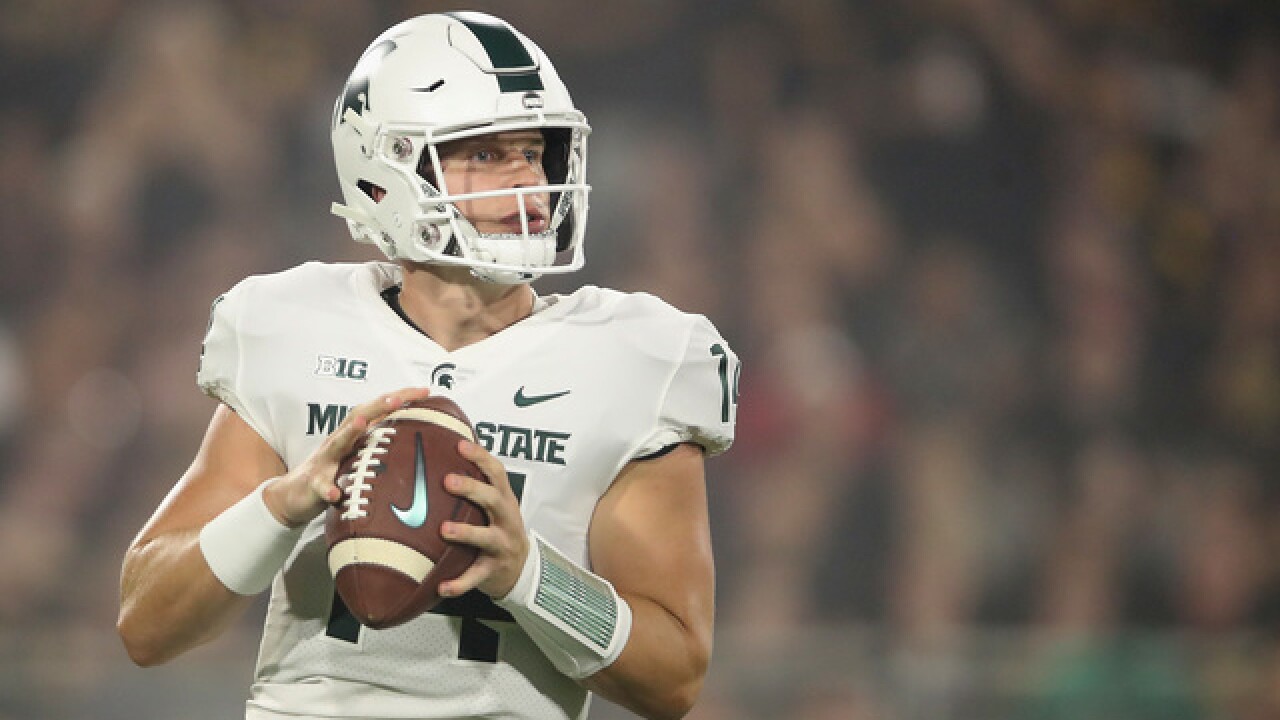 That’s part of the reason his program has been so successful.

The 24th-ranked Spartans are facing the latter of those two challenges after dropping a game at Arizona State on Sept. 8. Michigan State had an open date last weekend, but now its Big Ten schedule begins Saturday night at Indiana in what could be a difficult game on the road. The Spartans have recovered nicely from early-season losses in the past under Dantonio.

Michigan State doesn’t treat every game the same — just ask rival Michigan — but Dantonio has been able to keep his team reasonably even keeled through the years. Some of the Spartans’ best seasons came after September defeats that could have derailed things.

The Spartans lost to Notre Dame in 2011 and still went to the Big Ten title game. They lost to the Irish again in 2013 but ended up in the Rose Bowl. A loss at Oregon in 2014 didn’t stop Michigan State from making it to the Cotton Bowl.

Last season, it was Notre Dame again that handed the Spartans an early loss, but Michigan State was still in the mix for the Big Ten title in November.

The loss to Arizona State gave the Spartans a tougher road to the College Football Playoff, but Michigan State can certainly still have a fine season.

“I think most people in life really genuinely handle adversity,” Dantonio said. “At least their intentions are good. Now, can they handle it or not? But they get ready to go to their next challenge and that’s what we’re going to do. That’s what we’ve done in the past and that’s our intent.”

Michigan State is 8-1 against Indiana under Dantonio, but the games have been more competitive of late. From 2007-15, the Spartans scored at least 42 points six times in seven meetings with the Hoosiers, surpassing 50 in four of those matchups. Then Indiana beat Michigan State 24-21 in overtime in 2016, and the Spartans won 17-9 last year.

Michigan State was down 9-3 last season before scoring two touchdowns in the final 5:59.

“Kind of struggled to move the ball a little bit — got stopped on third down a lot, made some plays at the end of the game,” quarterback Brian Lewerke said. “We made plays at the end to get a win, that was kind of the story last year. Hopefully we don’t have to do that sort of thing again this year.”

The matchup Saturday will be another night game, the third in a row for Michigan State to start this season. It’s the first time in school history the Spartans will play three straight regular-season night games.

Dantonio said night games have their appeal, but it’s tough having to get back home so late.

“That takes a toll on you, not just from a football standpoint but from an academic standpoint, as well. I think you really see that in basketball,” Dantonio said. “I talk to Coach (Tom) Izzo all the time. ... He’s always talking about their night games and what time he has to get home and how the guys have classes in the morning and things of that nature, so it becomes a little bit difficult. ... This is our third straight night game. I believe in repetition makes you better, so we’ll see.”