Back in Michigan, Colin Montgomerie reminisces about 2004 Ryder Cup win 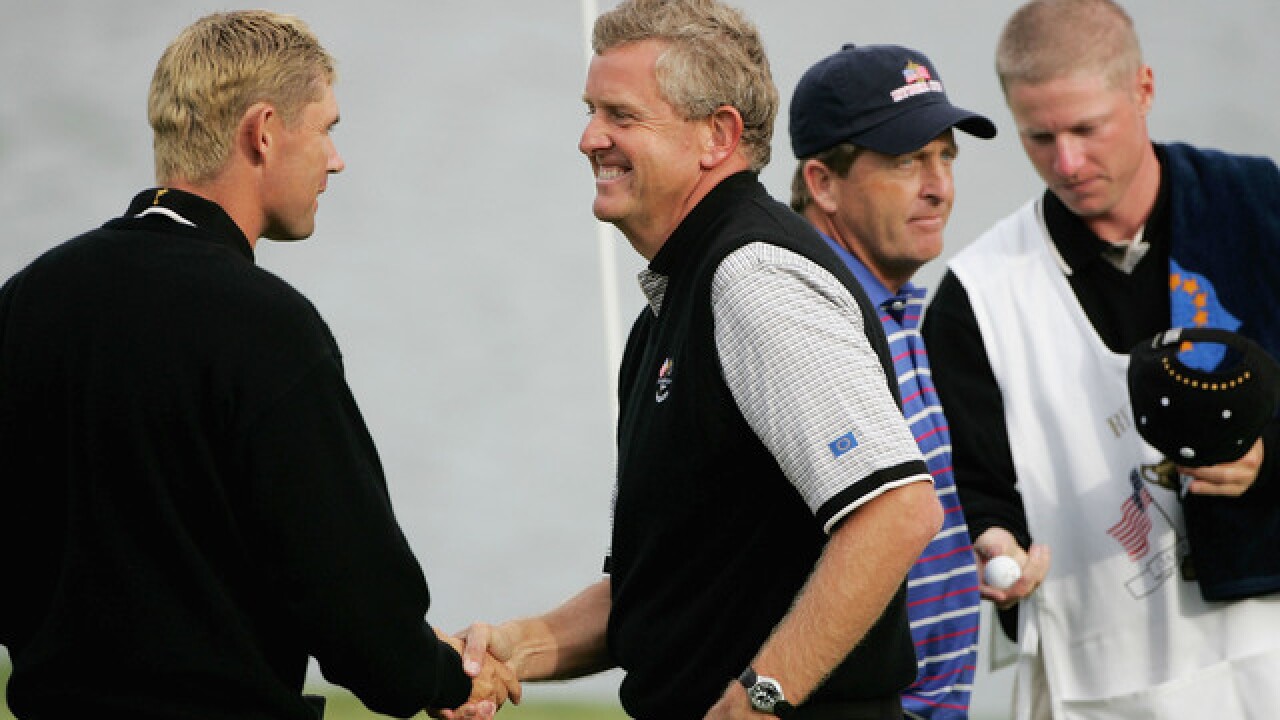 Colin Montgomerie is really sorry about the 2004 Ryder Cup, America.

Back in Michigan for the second time since Team Europe dominated the Ryder Cup at Oakland Hills in the record-tying victory, Montgomerie recalled his favorite experience in the state.

"We do apologize for the result there," he laughed, ahead of the Ally Challenge at Warwick Hills in Grand Blanc.

Montgomerie and Padraig Harrington beat Tiger Woods and Phil Mickelson 2-and-1 in the opening match, which acted as a springboard for the lopsided week in Team Europe's favor.

They made it look easy, but it wasn't always that simple in their minds.

"When the draw comes out and you got Tiger and Phil, it was a bit of a shock to the system. We didn't sleep much that night, Padraig Harrington and myself," he said.

They finally figured out a strategy before teeing off.

"We had a policy the two of us that we weren't going to beat them. We couldn't drive the ball as long as they could and we couldn't play our iron shots as well. We certainly couldn't chip and putt the way they did," Montgomerie said.

So then what were they thinking?

Montgomerie said he knew it helped set a trend for the week, after they won the opening match to crush the early excitement for Team USA.

"Who knows if that match had gone the other way? But we were fortunate to beat them," he added.

WATCH THE INTERVIEW ABOVE OR BY CLICKING HERE