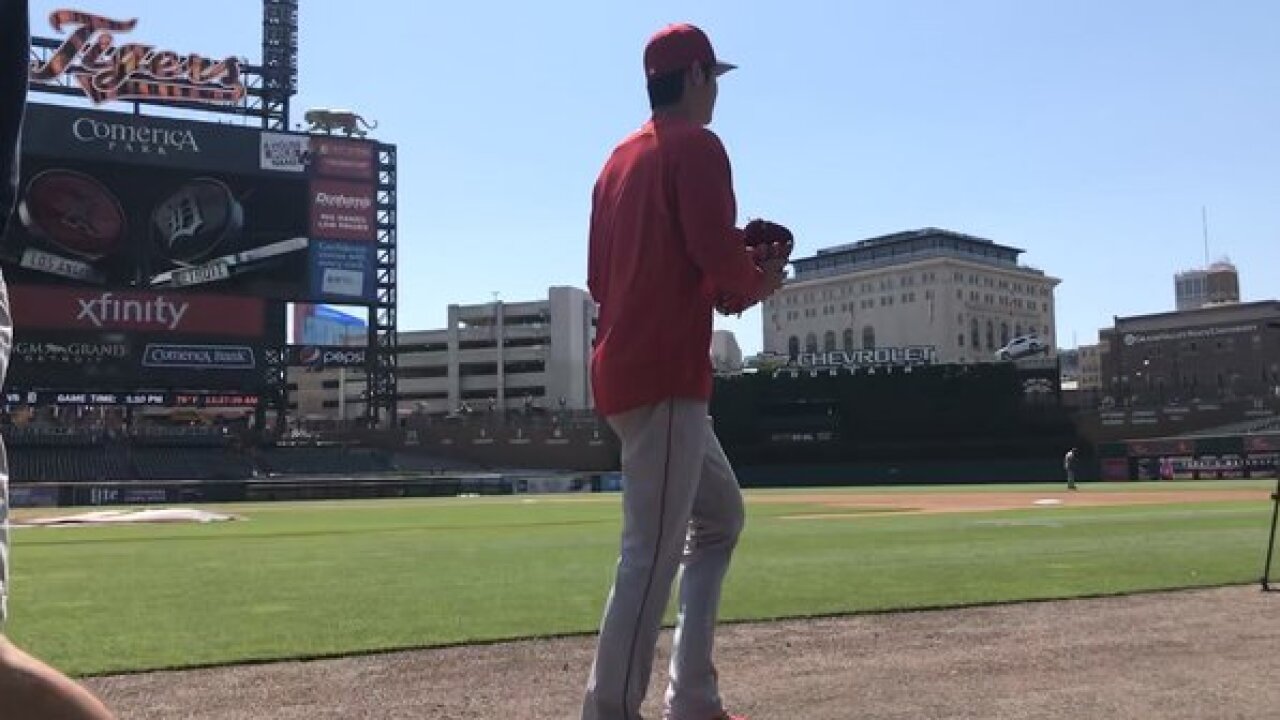 The way Shohei Ohtani is playing, nothing seems impossible. He looks like he could contend for a batting title and an ERA title at the same time.

Problem is, right now he doesn’t qualify for either.

Ohtani has been a marvel in his first two months with the Los Angeles Angels, but as impressive as he is on the mound and at the plate, it’s fair to wonder if there’s a ceiling on his value. The only real blemish on the Japanese star’s resume so far is that he simply isn’t playing enough – and talk of Ohtani as an MVP candidate will likely meet resistance for that reason.

Shohei Ohtani is throwing his bullpen session in Detroit pregame. He could pinch hit today. pic.twitter.com/M3YOjdpb2O

Right now, Ohtani has a better OPS than Jose Abreu and a better ERA than Dallas Keuchel. That type of two-way performance is the stuff of fantasy, but he’s made only seven starts on the mound and has only 117 plate appearances. As of Sunday, Fangraphs had Ohtani ranked 35th in the majors in wins above replacement – impressive, but not exactly groundbreaking.

Ohtani has had at least six days off between all of his starts on the mound, and the 23-year-old right-hander is 4-1 with a 3.35 ERA. This past weekend snapped a steak of three consecutive Sundays in which he’d pitched. The Angels skipped his turn this time, but he could be back in the rotation this week.

Ohtani’s pitching schedule affects when the team can use him as a designated hitter.

”We give him enough time leading up to a start to where he can concentrate on pitching, and that’s usually a day or two before, depending on what’s going on, and then, obviously, a recovery day when he’s done pitching,” Scioscia said. ”So his availability has been what we had expected and then where he’s been pushed back in between and been able to DH, he’ll get some opportunity to get some more at-bats during the course of a week.”

Ohtani’s .291 average and six homers suggest he’s getting enough rest to stay productive. The question is whether the Angels – currently 4 games out of first place in the AL West – may be tempted to push him a bit harder as the season progresses, and really test the limits of what he can contribute.

Shohei Ohtani is on the field at Comerica Park. A lot of people are in the stands screaming his name. pic.twitter.com/CY4YtIFkY9