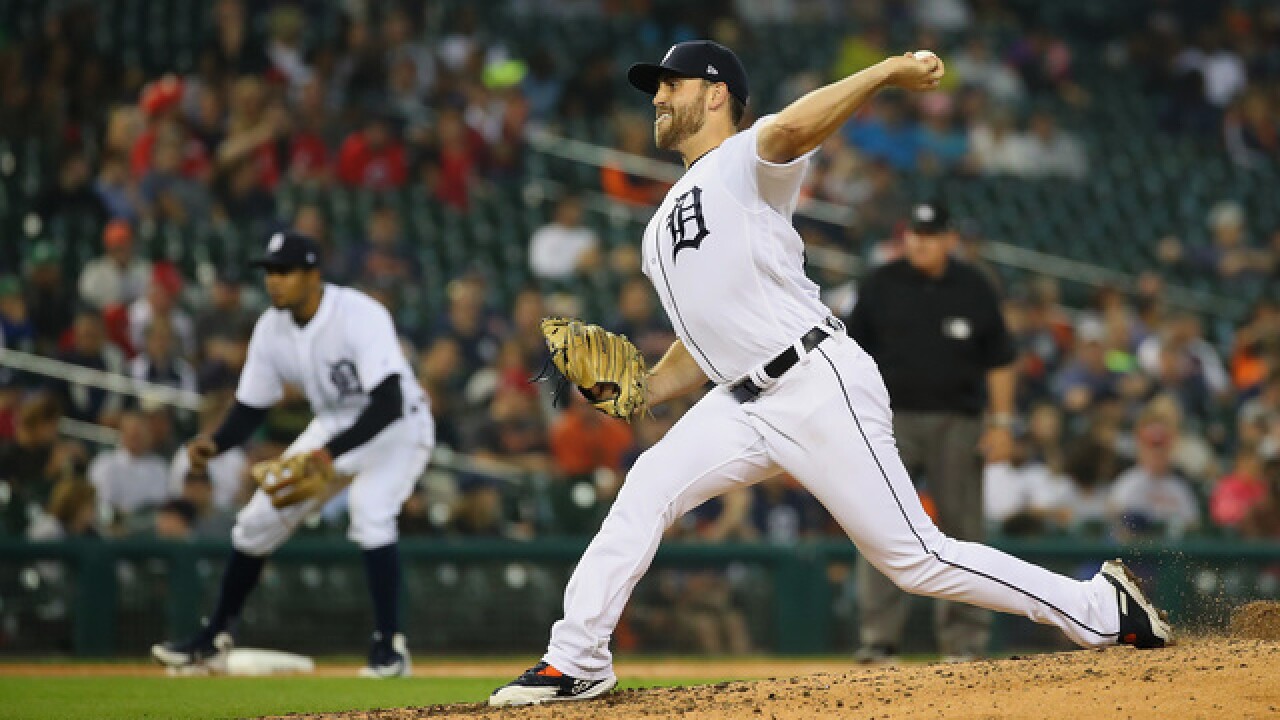 DETROIT -- Matthew Boyd allowed four hits in eight scoreless innings, and Niko Goodrum homered in the fourth to lift the Detroit Tigers over the Cincinnati Reds 2-1 on Tuesday night.

Homer Bailey (1-8) retired his first 11 batters before Goodrum went deep for his 10th home run of the year. The Tigers never gave up the lead. Boyd struck out seven and walked one before being lifted after 105 pitches.

Shane Greene allowed a run in the ninth but held on for his 22nd save in 25 chances. The game took just 2 hours, 18 minutes.

Boyd (6-9) won his second straight start after going seven in a row without a victory.

Bailey allowed only a hit and a walk through the first seven innings, but the Tigers added two more hits in the eighth, including an RBI double by Mike Gerber. Bailey did end up with his seventh career complete game and first since 2014.

The Reds nearly took the lead in the fourth when Phillip Ervin and Joey Vottohit consecutive one-out doubles, but it appeared Votto's drive might be caught, so Ervin only made it from second to third, and Cincinnati wasn't able to get him home.

In the second, Eugenio Suarez was thrown out at the plate by Detroit center fielder JaCoby Jones.

Suarez hit a sacrifice fly in the ninth.

The Tigers improved to 2-9 in interleague play this year, and the Reds fell to 10-4.

Detroit traded outfielder Leonys Martin to Cleveland for a minor league infielder. That was the only deal for the Tigers on the day of the non-waiver trade deadline.

Pitchers Mike Fiers and Francisco Liriano seemed like potential trade candidates, but nothing came together involving them.

"The market was really flooded with a lot of good players," Detroit general manager Al Avila said. "We have some good players, but if you see the list of players that were available, you're talking about, I think it's a record number. I was trying to be optimistic, but at the same time, I knew it was going to be a tough year to make multiple trades."

Cincinnati traded outfielder Adam Duvall to Atlanta on Monday night, then had a quiet day Tuesday.

Detroit recalled Gerber from Triple-A Toledo to take Martin's spot on the roster. The Reds optioned right-handers Lucas Sims and Matt Wisler, who were acquired for Duvall, to Triple-A Louisville. Outfielder Preston Tucker, who Cincinnati also got in that trade, is on the major league roster but did not play Tuesday.

Reds: OF Scott Schebler (right shoulder) went 1 for 5 on Monday night as part of a rehab assignment with Louisville.

The Tigers send Fiers (7-6) to the mound Wednesday against Cincinnati's Sal Romano (6-8).