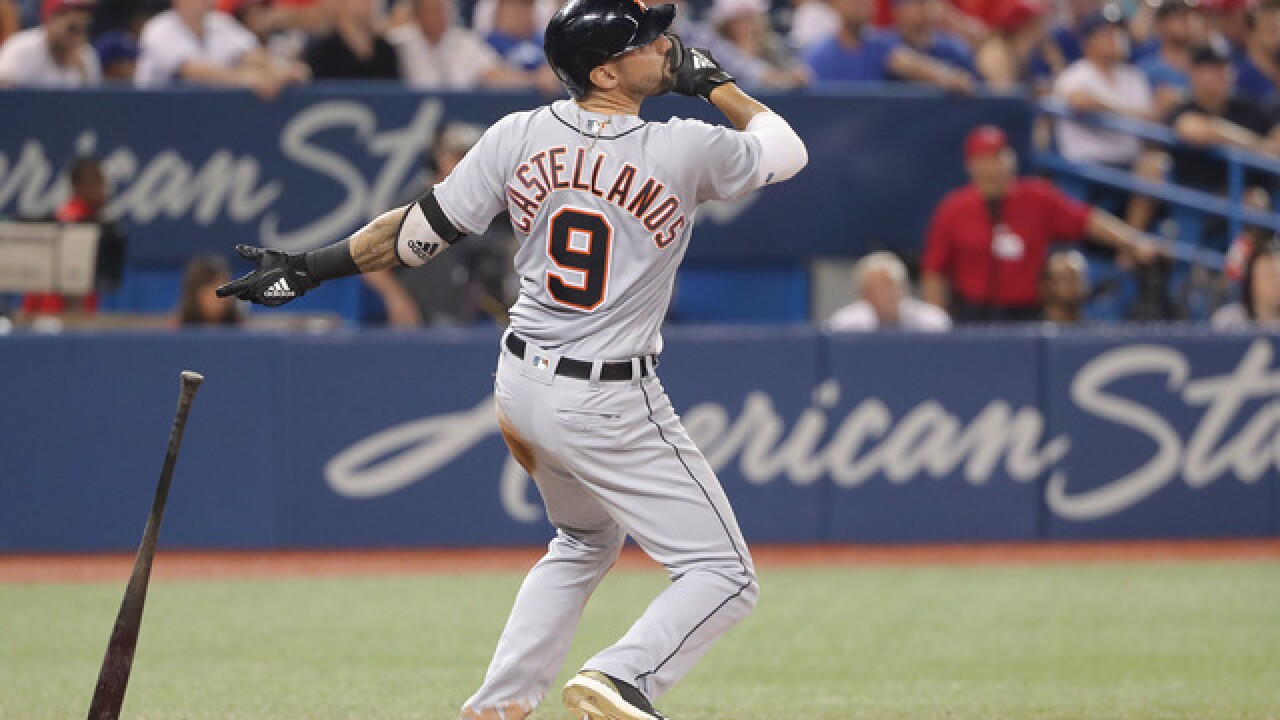 JaCoby Jones hit a two-run homer as the Tigers won for the first time since June 17, when they completed a three-game road sweep of the Chicago White Sox.

Castellanos nearly hit another home run in the ninth but Blue Jays outfielder Kevin Pillar made a leaping catch at the wall. Castellanos stopped on the basepaths to applaud Pillar's play before turning and heading back to the dugout.

Niko Goodrum had four hits and Jose Iglesias had two hits and two RBIs for Detroit, which had lost 12 of 14 at Rogers Centre.

Zimmermann (3-0) allowed one run and five hits in his third start since returning from a shoulder injury that caused him to miss more than a month.

Wearing red jerseys and caps for Canada Day, the Blue Jays couldn't deliver a win for the holiday crowd of 37,445.

Castellanos followed with his 13th home run, a shot that bounced off the top of the wall in right. It was his first grand slam since Sept. 8, 2017, also against Toronto.

Castellanos also made a fine catch in right, reaching back to grab Russell Martin's line drive for the final out of the fourth.

Happ matched season-worsts by allowing seven runs and 10 hits in 5 2-3 innings. Happ had won six consecutive decisions since his previous defeat, May 10 against Seattle.

Teoscar Hernandez tripled in the first and scored on a two-out double by Justin Smoak, but Zimmermann recovered to retire the next nine Blue Jays batters.

For the second straight game, the roof was closed at Rogers Centre because of high heat and humidity.

TRAINER'S ROOM
Tigers: RHP Alex Wilson, who left in the eighth inning Saturday because of a sore left calf, was not available. ... RHP Drew VerHagen (nasal fracture) pitched one scoreless inning for Triple-A Toledo Saturday night, his first rehab appearance. VerHagen has been out since June 20.