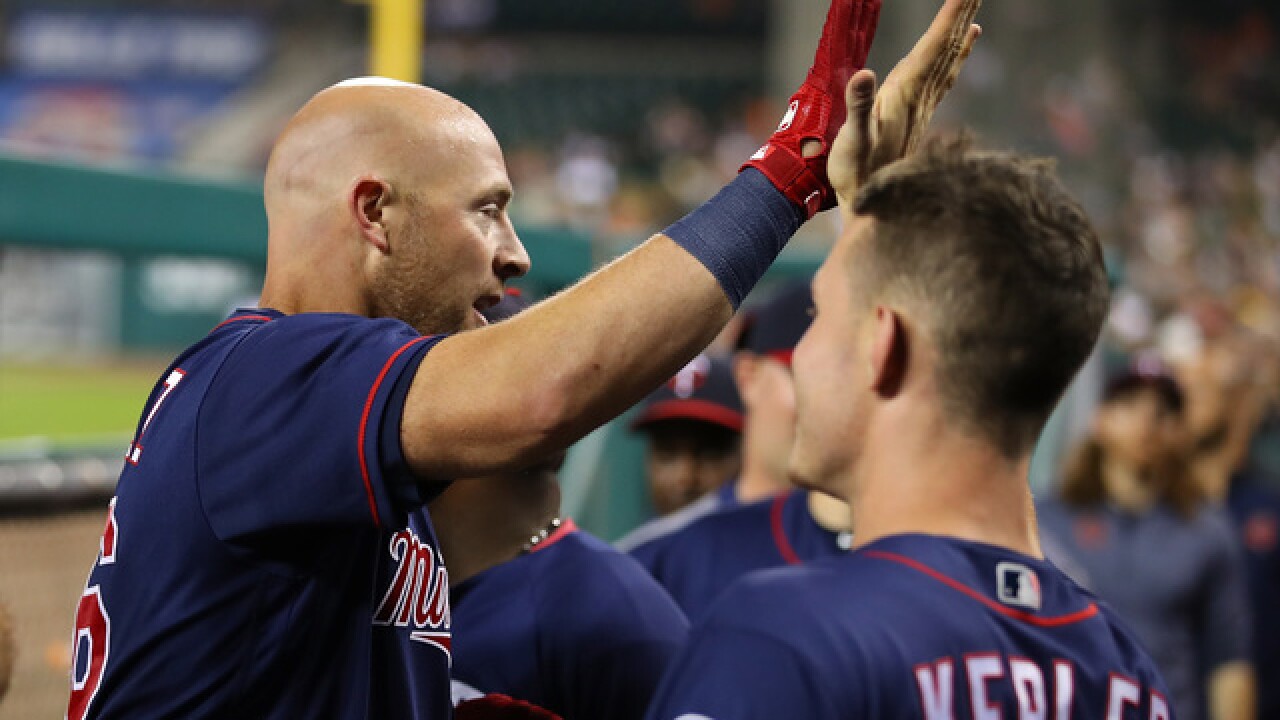 The Twins have won three straight, while the Tigers have lost seven of nine.

Mikie Mahtook drove in all of Detroit's runs.

Jake Odorizzi (7-10) allowed two runs on four hits in 6 1/3 innings. He walked one and struck out six in his first start since losing a no-hitter in the eighth inning against the New York Yankees.

The game was scoreless in the sixth when Jorge Polanco led off with a double to left. Logan Forsythe followed with a groundout off Norris' glove, allowing Polanco to take third. Robbie Grossman walked before Austin's RBI single to center.

Gimenez homered off Sandy Baez in the seventh to make it 3-0. Austin added a two-run double later in the inning to chase Baez.

The Tigers only had one check-swing single off Odorizzi in the first six innings. Detroit's offense finally got to him in the seventh, with a pair of singles setting up Mahtook's two-run triple. Matt Magill came out of the bullpen to strike out the next two hitters and end the threat.

Miguel Sano played for the first time since a leg injury on Sept. 5 and struck out in all four at-bats.

TRAINER'S ROOM
Twins: OF Eddie Rosario missed Tuesday's game and could be out for the season after aggravating a right quad strain Monday against the Tigers. Rosario will be evaluated on Thursday, but Twins manager Paul Molitor said he will be very cautious when deciding if he will play again this year.
Tigers: 3B Jeimer Candelario left the game with back spasms. ... RHP Michael Fulmer will meet with Dr. James Andrews on Wednesday to get a second opinion on his knee injury and could have surgery as soon as Thursday. If the examination confirms a torn meniscus, it will be the third time he's had the same injury repaired since 2013.

UP NEXT
The teams finish their three-game series Wednesday afternoon, with Detroit's Spencer Turnbull making his first major league start -- he's pitched once in relief -- against an unannounced Twins opener.