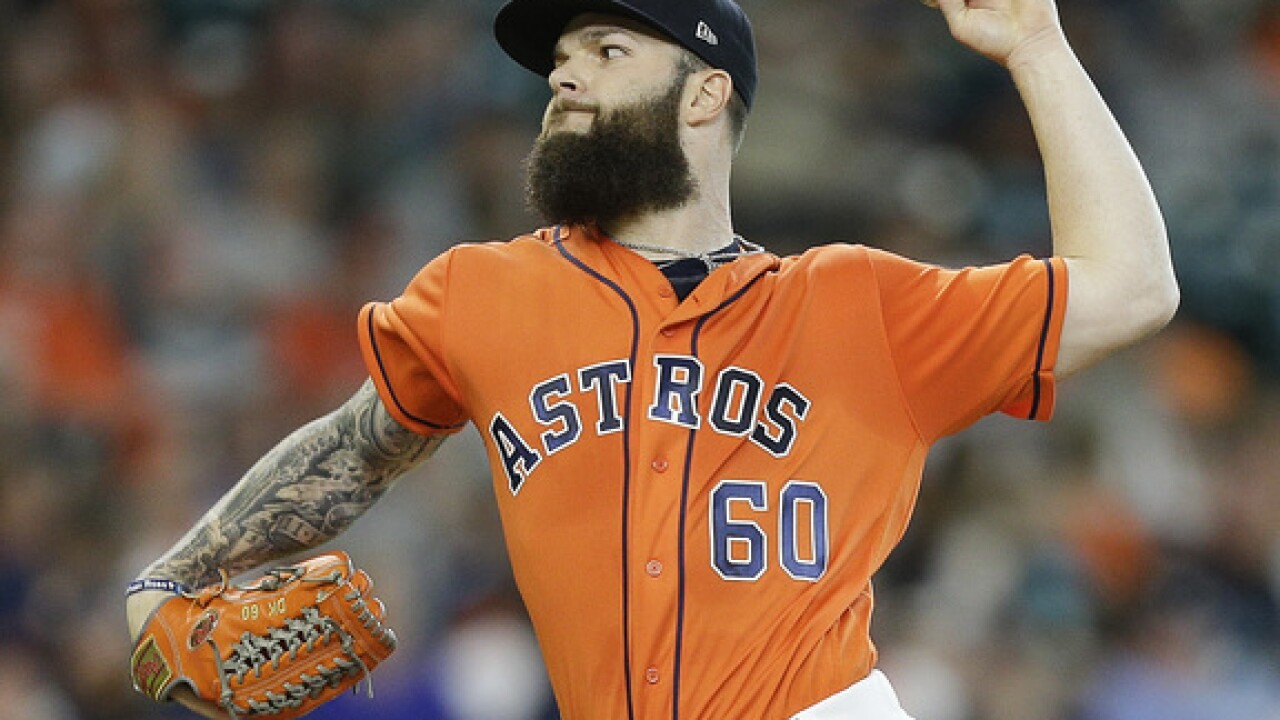 HOUSTON (AP) -- Dallas Keuchel pitched six strong innings, three relievers completed the seven-hitter and Alex Bregman provided the offense by setting a career high with his 20th homer to give the Houston Astros a 3-0 win over the Detroit Tigers on Friday night.

Keuchel (7-8) allowed six hits and struck out four to win his fourth straight decision after dropping the previous three. Tony Sipp and Brad Peacock pitched the seventh and eighth innings before Hector Rondon walked one in the ninth for his eighth save.

The Astros got to former teammate Mike Fiers (6-6) early. George Springer hit a leadoff single before the two-run shot by Bregman, which bounced off the wall above the Crawford Boxes in left field, made it 2-0.

Bregman, Jose Altuve and Yuli Gurriel hit consecutive singles with no outs in the third to push the lead to 3-0.

Fiers, who played for the Astros from 2015-17, yielded nine hits and three runs in six innings for the loss.

Ronny Rodriguez had two hits for the Tigers, who went 1 for 9 with runners in scoring position to lose their fifth straight game.

Bregman, who was named to his first All-Star game on Sunday, has 10 doubles, 12 homers and 30 RBIs in his last 27 games.

Rodriguez and Jeimer Candelario hit back-to-back singles to start the third for Detroit's first hits. But Keuchel escaped the jam by retiring the next three batters.

The Tigers had a single in the fourth and fifth innings, but Houston turned double plays in both innings to help Keuchel out.

John Hicks singled with one out in the sixth before Nicholas Castellanos walked. The Tigers loaded the bases when James McCann singled on a ball that sailed just over shortstop Marwin Gonzalez's head. Keuchel left them empty-handed when Mikie Mahtook popped out before Victor Martinez grounded out.

Houston had a chance to pad the lead in the eighth when the team had runners at the corners with no outs, but closer Shane Greene retired the next three batters to end the inning.

TRAINER'S ROOM
Astros: SS Carlos Correa (back stiffness) is expected to begin a rehabilitation assignment in the next few days.
Tigers: Greene was activated from the disabled list before the game. He'd been on the DL since July 2 with a strained right shoulder. He allowed two hits in a scoreless eighth.

UP NEXT
Houston's Gerrit Cole (9-2, 2.57 ERA) is expected to come off the bereavement list to start on Saturday against Michael Fulmer (3-8, 4.11). Cole struck out 11 in six scoreless innings Monday but did not factor in the decision in a 2-0 loss to the Athletics. Fulmer allowed five hits and three runs in seven innings for his third straight loss Saturday against Texas.