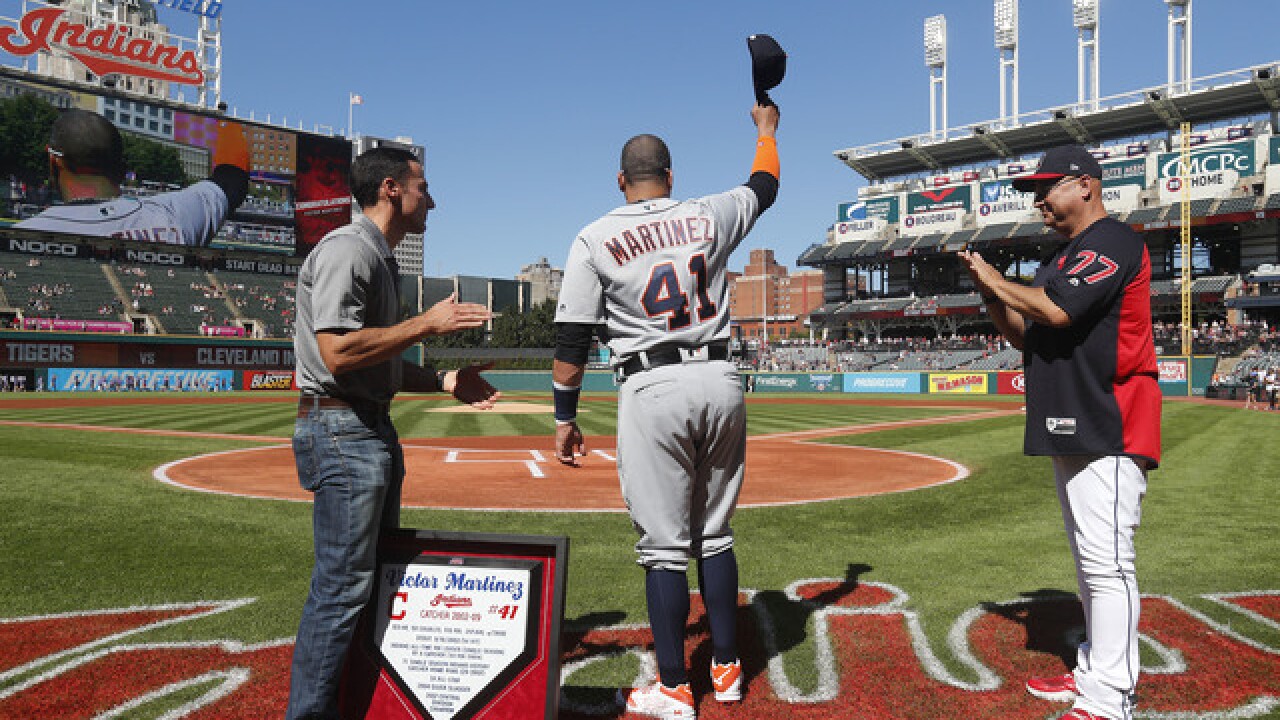 Copyright Getty Images
David Maxwell
<p>CLEVELAND, OH - SEPTEMBER 15: Victor Martinez #41 of the Detroit Tigers waves to the crowd after receiving a plaque honoring his announced retirement from Cleveland Indians President Chris Antonetti (L) as Cleveland Indians Manager Terry Francona #77 looks on before the start of the game against the Detroit Tigers at Progressive Field on September 15, 2018 in Cleveland, Ohio. (Photo by David Maxwell/Getty Images)</p>

CLEVELAND (AP) -- Victor Martinez was overcome with emotion during a pregame ceremony to celebrate his years with the Indians. Detroit's DH plans to retire following his 18th season, ending a career that began with Cleveland in 2002.

"It's like my mom says, `We'll always have that team in your heart,"' said Martinez, who spent nearly eight seasons with the Indians.

Tigers manager Ron Gardenhire and Francona have been on both sides with Martinez.

"He's one of the reasons why I'm working for the Detroit Tigers now, instead of the old team I used to work for," said Gardenhire, who managed Minnesota from 2002-14. "When he was here he killed us. We couldn't get him out."

Francona called Martinez "one of the nicest guys in the game and one of the most professional hitters, great teammate."