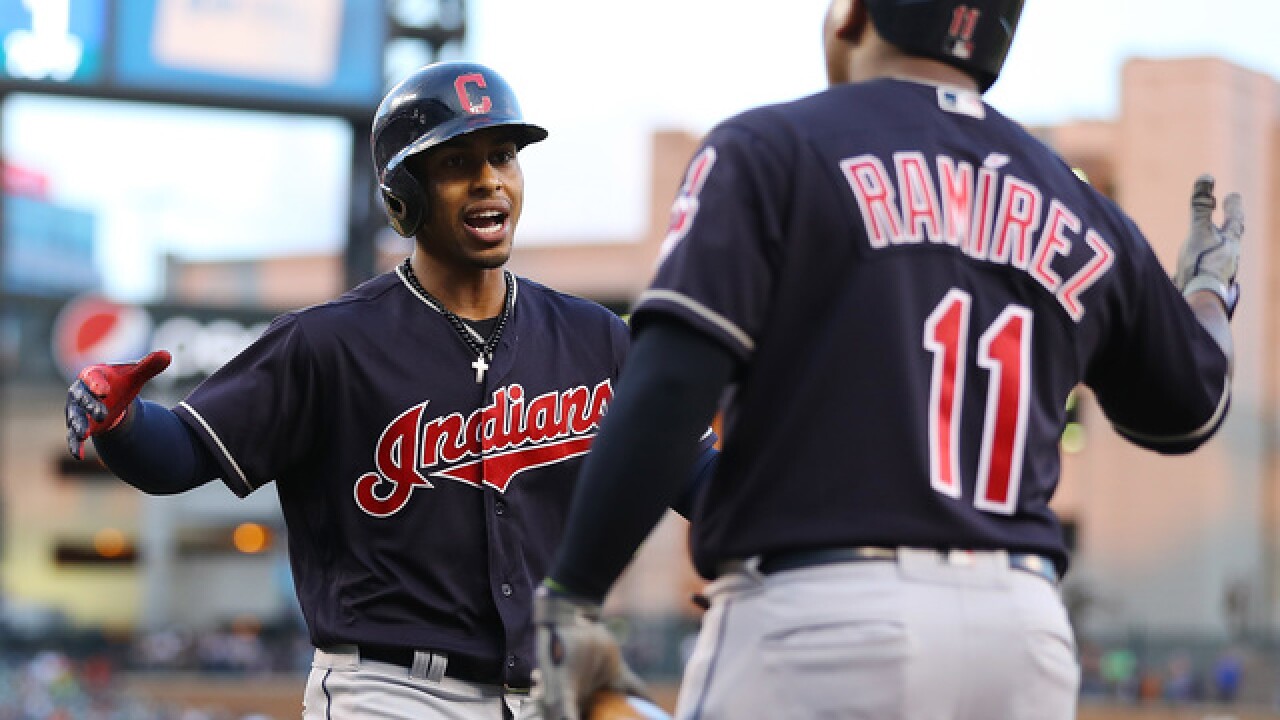 DETROIT (AP) -- Francisco Lindor hit two of Cleveland's four home runs, and the Indians broke through in the final two innings to beat the Detroit Tigers 8-3 on Friday night.

Yonder Alonso and Brandon Guyer also went deep for the AL Central-leading Indians, who improved to 29-13 against division opponents this season. Cleveland scored four runs in the eighth on a tiebreaking single by Alonso and a three-run homer by Guyer.

Victor Martinez hit a solo shot for the Tigers, but All-Star Joe Jimenez (4-2) couldn't hold off the Indians in the eighth.

With runners on first and second and one out in the eighth, Alonso slapped an RBI single to left off Jimenez that put the Indians up 4-3. Left-hander Daniel Stumpf came on for the Tigers, and Cleveland sent Guyer up as a pinch-hitter. He delivered with his fifth homer of the year.

Lindor added a solo shot in the ninth, his 27th homer of the year.

Carlos Carrasco allowed one earned run in 6 1/3 innings for the Indians. Detroit scored twice in the third after Victor Reyes reached on a throwing error by Alonso, the first baseman. Nicholas Castellanos and Niko Goodrum hit RBI doubles with two outs.

Lindor tied it in the fifth with a two-run shot to right-center. Then Alonso put the Indians ahead with a solo shot in the sixth, only for Martinez to tie it in the bottom half with his sixth home run of the season.

Jimenez allowed a single and a walk to start the eighth. He struck out Edwin Encarnacion, but Alonso's hit put Cleveland ahead to stay.

UP NEXT
Mike Clevinger (7-6) takes the mound Saturday night for Cleveland against Francisco Liriano (3-5). Liriano has made three starts against the Indians this year, going 0-2 with a 5.65 ERA.