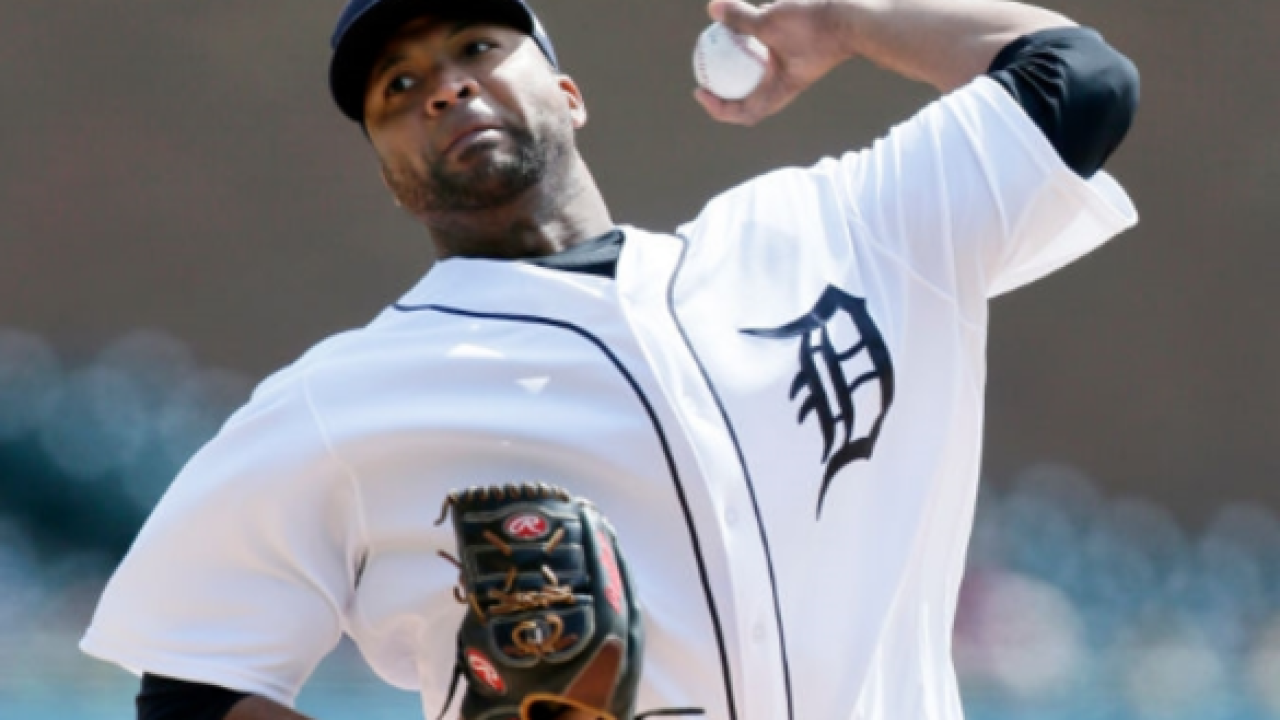 Francisco Liriano pitched into the seventh inning in his Detroit debut and Victor Martinez drove in three runs to give the Tigers a 6-1 victory over the Kansas City Royals on a chilly Monday.

Gardenhire won 1,068 games as Minnesota's manager from 2002-14. This is his first year at the helm in Detroit.

The temperature was in the mid-30s at Comerica Park for a matchup between the last two winless teams in the American League. Some fans came dressed in Michigan winter gear -- the Wolverines played Villanova hours later in the NCAA men's basketball championship game.

Liriano (1-0) allowed a run and four hits in 6 2/3 innings. The 34-year-old lefty, signed as a free agent in February, struck out three and walked two while throwing 94 pitches.

The Tigers scored four runs in the fifth, with Martinez delivering a two-run single off Jason Hammel (0-1).

"The third time through the order, they started finding holes," Royals manager Ned Yost said. "We had them played right and he was making decent pitches, but it didn't work out."

Kansas City took a 1-0 lead in the third on a sacrifice fly by Drew Butera, but Detroit tied it in the bottom half on an RBI single by Miguel Cabrera.

The Tigers broke open the game in the fifth. With one out, Leonys Martin singled and Jeimer Candelario doubled. After an intentional walk to Cabrera loaded the bases, Nicholas Castellanos hit a soft line drive to left for a run-scoring single.

Then Martinez added his two-run single , and James McCann's grounder brought Castellanos home and made it 5-1.

Martinez added a sacrifice fly in the seventh.

Hammel allowed five runs and seven hits in five innings. He had the second-lowest run support among qualifying AL pitchers last season, and this game was more of the same.

"This was a maddening game," Hammel said. "We had a good game plan, we executed it and I felt great out there, but we come out of it with a loss. It's frustrating."

Detroit lost its season opener Friday after the Tigers had the winning run taken away by a replay review against Pittsburgh. On Monday, they initially appeared to have turned a game-ending double play, but that was also overturned by a review. Detroit was nonetheless able to close out the victory without incident.

BATTLING THE ELEMENTS
The temperature at game time was 36 degrees, but Liriano didn't seem too bothered.
"I missed a couple pitches because of that. Was hard for me to get a good grip on the ball, and kind of slippery," Liriano said. "You have to find a way to stay warm and have some good grip on the ball."

QUIET OFFENSE
Kansas City managed only five hits on the day. Designated hitter Jorge Soler went 0 for 3 and is now hitless in his last 29 at-bats in the majors. His most recent big league hit came July 2.

ROYALS ROSTER
The Royals claimed outfielder Abraham Almonte off waivers from Cleveland. The 28-year-old hit .233 with three homers and 14 RBIs in 69 games last season. The switch-hitter, who has also played for Seattle and San Diego, was sent to Triple-A Omaha. Kansas City designated right-handed pitcher Miguel Almonte for assignment.

TRAINER'S ROOM
Royals: 1B Lucas Duda left the game in the seventh with right hamstring tightness.
Tigers: OF Victor Reyes, who left Sunday night's game against Pittsburgh with a lacerated forearm, did not play Monday.