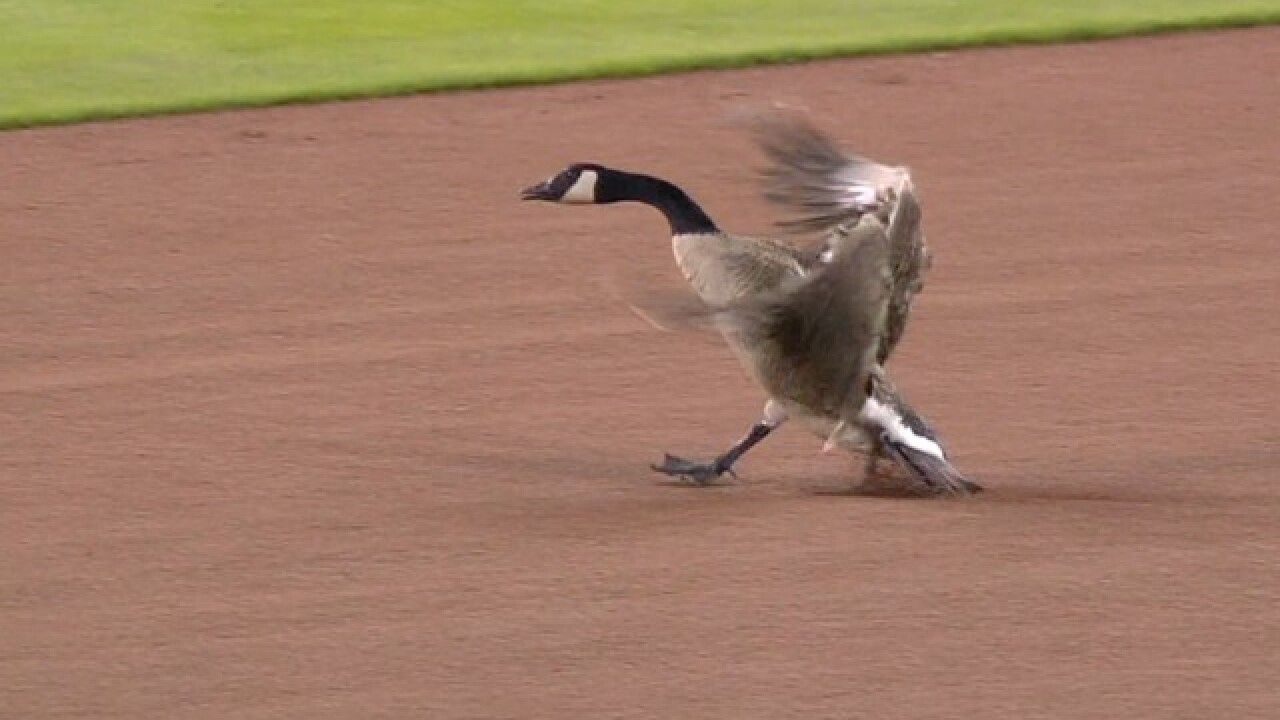 A goose was on the loose Wednesday night in Detroit until a scoreboard at Comerica Park intervened.

As the Angels and Tigers waited out their second rain delay in the top of the sixth inning, a goose flew onto the outfield grass at Comerica.

Member of the grounds crew chases a goose around the field during a rain delay Wednesday night. A scoreboard eventually stopped the goose, which appeared to be OK.

There was a goose on the field at the Tigers game. They scared it away and it ran into a scoreboard.

Members of the Tigers staff tried to chase away the goose but had no luck as it flew from the outfield into the infield and then back to the outfield. Tigers center fielder JaCoby Jones tried, too, taking a swat at the goose with his glove but missing.

The goose ultimately took off and began flying out of Comerica. Fans in attendance applauded as the goose made its ascent, with the Fox Sports West telecast saying, "There he goes. He gone. In cruise control now."

If only it were that easy.

In midair, the goose tried to slam on the breaks when it spotted a big blue scoreboard on its way out of the stadium, but it was too late. The goose slammed into the scoreboard and went crashing into the seats below, as the fans who were cheering seconds earlier exhaled in despair.

The good news: The goose turned out OK, getting onto its feet after crashing before being taken away from the seats by a Tigers fan.

And the whole situation seemed to inspire the Tigers, who rallied for five runs in the bottom of the sixth inning for a 6-1 win.

Afterward, they chalked it up to the #RallyGoose.