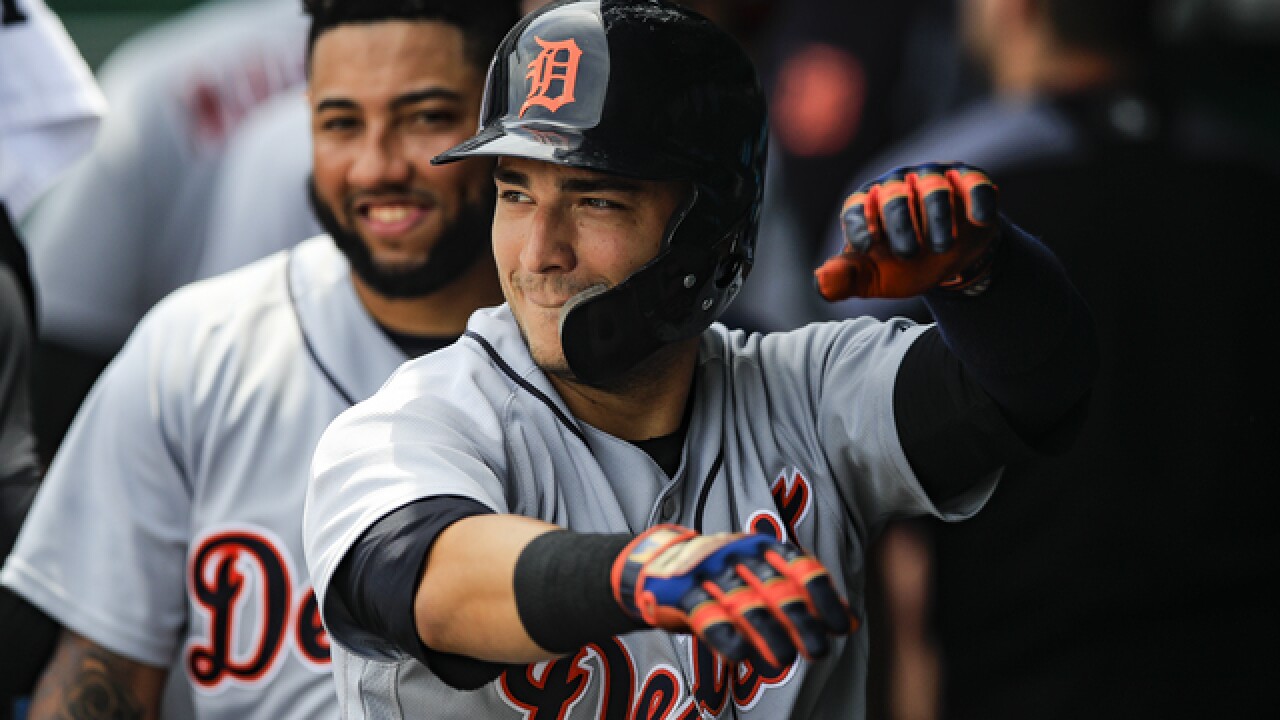 KANSAS CITY, Mo. (AP) — Mike Moustakas had two hits, including a run-scoring double, in what might have been his final home game for the Kansas City Royals, an 8-4 loss to the Detroit Tigers on Wednesday.

A key member of the Royals’ 2015 World Series championship team, Moustakas became a free agent after last season, then signed a one-year contract with the Royals in March that includes a mutual option for 2019. With the Royals last in the AL Central at 31-70, he could be dealt before Tuesday’s deadline for trades without waivers.

Jose Iglesias hit a three-run homer in a four-run fourth inning against Danny Duffy (6-9). Iglesias is 10 for 27 (.370) against Duffy in his big league career.

Victor Martinez had three hits, including a pair of RBI singles. He was 6 for 12 with five RBIs in the series and had consecutive games with multiple RBIs for the first time since July 17-18 last year, also at Kansas City.

Matthew Boyd (5-9) allowed two runs and seven hits in six innings, striking out seven and walking none. He had been 0-5 in seven starts since winning at Boston on June 7.

Duffy (6-9) gave up seven runs, nine hits and two walks in 5 2/3 innings and threw wild pitches that allowed John Hicks to score the go-ahead run in a four-run fourth and Iglesias to come home in the sixth.

With three off days in the next nine days, LHP Blaine Hardy will be going back to the bullpen for a time after making nine starts. RHP Mike Fiers, LHP Francisco Liriano and RHP Jordan Zimmermann will start a weekend series against the Indians. “We’re going to try to keep the four guys somewhere near a five-day schedule,” Twins manager Ron Gardenhire said. “With all these days off, it’s silly to give them all seven or eight days of rest. We need them to pitch. They need to. They’re routine oriented. When you get them out of those routines, it’s real tough. It gets all out of whack.”

Royals: OF Jorge Soler (broken left toe) remains on crutches and won’t be returning anytime soon after placed on the DL on June 16.

Tigers: Fiers (7-6) starts against Cleveland on Friday in the opener of a five-game homestand.

Royals: RHP Jakob Junis (5-10) starts Thursday at the New York Yankees. He is 0-7 in nine starts since a May 18 victory over the Yankees.