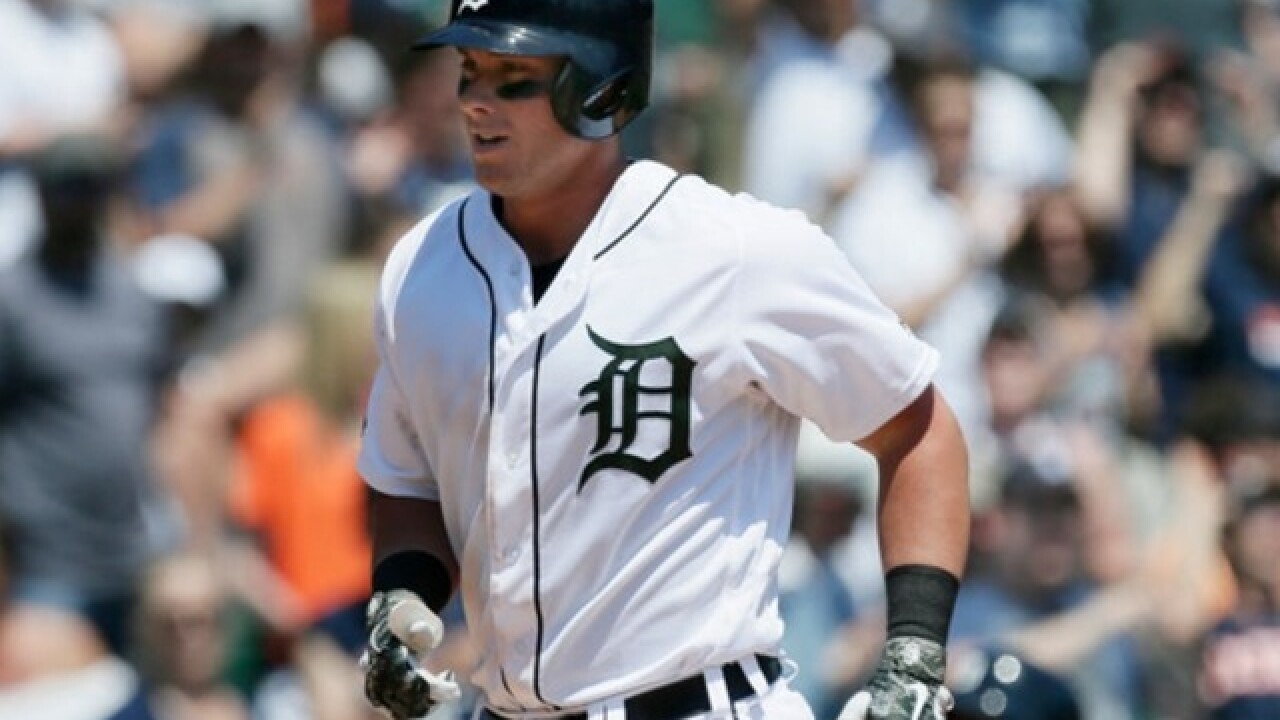 DETROIT -- James McCann hit a grand slam in the third inning, and the Detroit Tigers routed the Los Angeles Angels 9-3 on Monday.

Matthew Boyd (3-4) allowed two hits in five-plus innings for the Tigers. His first scoreless outing of the season came on a hot day in which Detroit outfielder Niko Goodrum had to leave the game because of heat exhaustion. The temperature was around 90 degrees when Goodrum was removed for a defensive replacement in the fourth.

Leonys Martin also homered for the Tigers, and Mike Trout went deep in the ninth for the Angels -- his 18th home run of the season.

Before leaving the game, Goodrum made a contribution in the second, beating out an infield hit and then going to third on a single by John Hicks. JaCoby Jones grounded into a double play, but the run came home to put the Tigers up 1-0.

McCann broke the game open an inning later with a drive to left for his third career grand slam. Martin added a solo homer in the seventh, and Victor Reyes made it 7-0 with a triple in the seventh for his first career RBI.

Albert Pujols hit an RBI double in the eighth for the Angels and scored on a double by Andrelton Simmons.

Angels catcher Martin Maldonado and manager Mike Scioscia were ejected in the seventh after Maldonado was called out on strikes.

The Angels recalled RHP Akeel Morris from Triple-A Salt Lake and designated LHP Ian Krol for assignment. Morris gave up the two Detroit runs in the seventh and two more in the eighth.

Angels: Simmons appeared shaken up but was able to stay in the game after nearly making a spectacular assist at shortstop in the third. With men on first and second and one out, Simmons made a diving stop to his right on Jeimer Candelario's grounder -- then immediately flipped the ball to third to try for a force play. Dixon Machado was there safely, however, and McCann followed with his grand slam. ... OF Justin Upton (forearm) was back in the lineup after being held out Sunday against the New York Yankees.