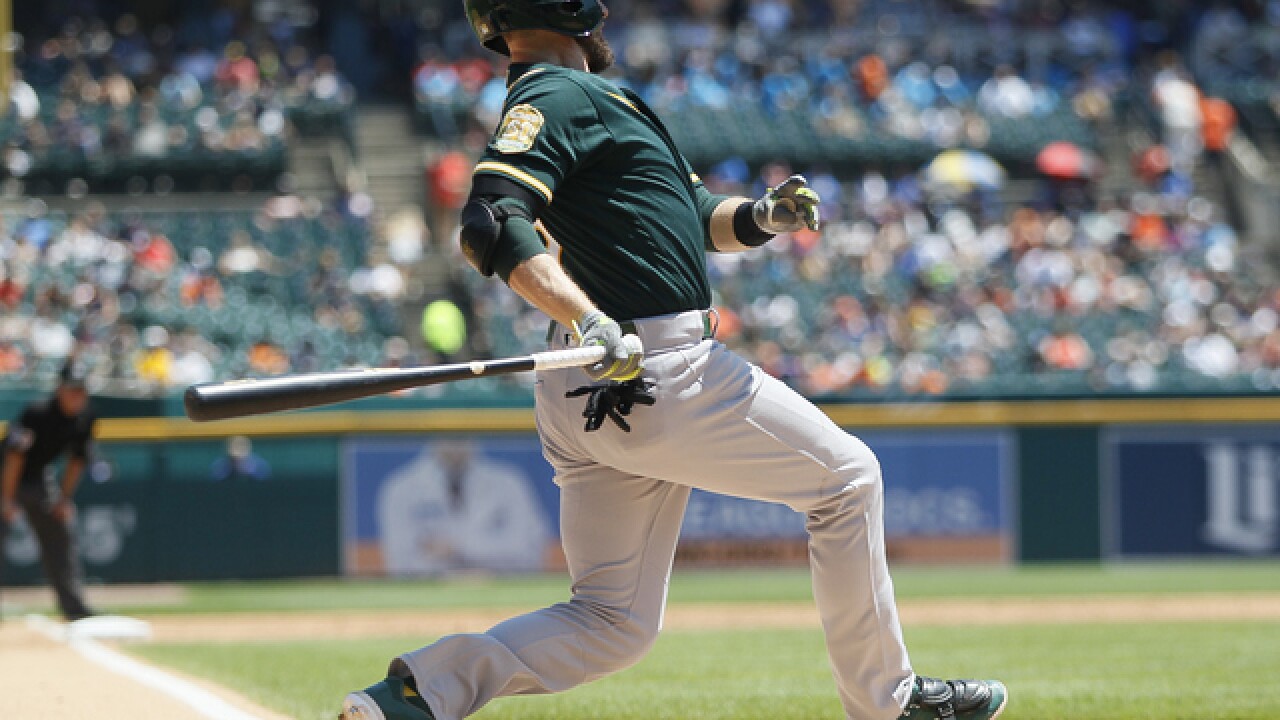 Copyright Getty Images
Duane Burleson
<p>DETROIT, MI - JUNE 28: Jed Lowrie #8 of the Oakland Athletics singles to drive in a run against the Detroit Tigers during the third inning at Comerica Park on June 28, 2018 in Detroit, Michigan. (Photo by Duane Burleson/Getty Images)</p>

Lowrie went 9 for 17 (.529) with two homers and three doubles in the set, driving in at least one run in all four games.

The A's went 8-2 on their three-city road trip, the first time they had won eight times on a single swing since going 10-0 on a trip to Cleveland, Detroit and Kansas City as part of their 20-game winning streak in 2002. Oakland has won 10 of 12 overall.

Detroit lost its ninth straight, matching a streak from September. The Tigers haven't lost 10 in a row since their 119-loss season in 2003.

Manaea (8-6) won his third straight start, allowing two runs on five hits and a walk. Three relievers finished, with Blake Treinen pitching the ninth for his 20th save, including 17 in a row.

The Tigers took the lead in the first inning on Nicholas Castellanos's two-run homer, extending his extra-base streak to five games.

Marcus Semien and Chad Pinder started the second with singles, and Mark Canha made it 2-1 with a bloop single. Lowrie followed with his eighth hit of the series, a tying single, and Khris Davis gave the A's a 3-2 lead with the fifth single in six batters.

Pinder's RBI double made it 4-2 in the fourth.

The Tigers loaded the bases with three two-out singles in the sixth, but Manaea struck out Niko Goodrum to end the inning.

UTTER DOMINANCE
The A's have won their last nine games against Detroit, their longest streak against the Tigers since Lefty Grove and Jimmie Foxx led the Philadelphia Athletics to 10 straight wins over Detroit in 1931.

TRAINER'S ROOM
Athletics: 3B Matt Chapman could play a couple rehab games before returning from a hand injury. Chapman had a cortisone shot on Monday and was hoping to swing a bat on Thursday or Friday.
Tigers: LHP Daniel Stumpf (ulnar nerve) remains in Triple-A Toledo on a rehab assignment. Stumpf is Detroit's only left-handed reliever.