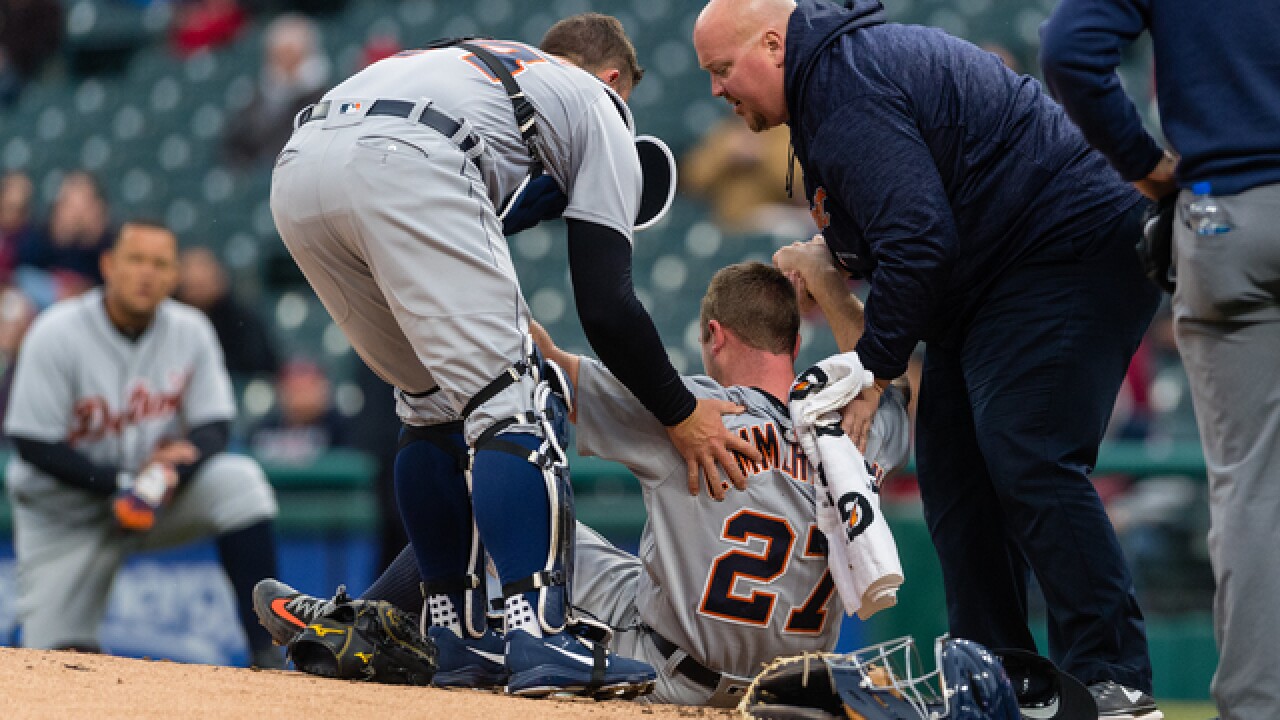 Copyright 2018 Scripps Media, Inc. All rights reserved. This material may not be published, broadcast, rewritten, or redistributed.
Jason Miller
<p>CLEVELAND, OH - APRIL 11: Catcher James McCann #34 helps starting pitcher Jordan Zimmermann #27 of the Detroit Tigers to his feat after Zimmermann was hit in the head by a line drive hit by Jason Kipnis #22 of the Cleveland Indians during the first inning at Progressive Field on April 11, 2018 in Cleveland, Ohio. (Photo by Jason Miller/Getty Images)</p>

CLEVELAND (AP) -- Detroit Tigers pitcher Jordan Zimmermann is expected to make his next start after being hit on the jaw by a line drive against the Cleveland Indians on Wednesday night.

Zimmermann said Thursday that the swelling in his jaw had gone down and he didn't have a headache, and he planned on beginning his usual routine between starts. The right-hander's next scheduled start would be Tuesday against Baltimore.

Zimmermann sustained the bruise when he was struck by a line drive hit by Jason Kipnis, the second batter in the first inning. Zimmermann was down for several minutes before walking off the field. He passed the concussion protocol test and was taken for X-rays.

Zimmermann had his jaw broken on a line drive while pitching in college in 2007. Doctors inserted 11 screws and several plates.