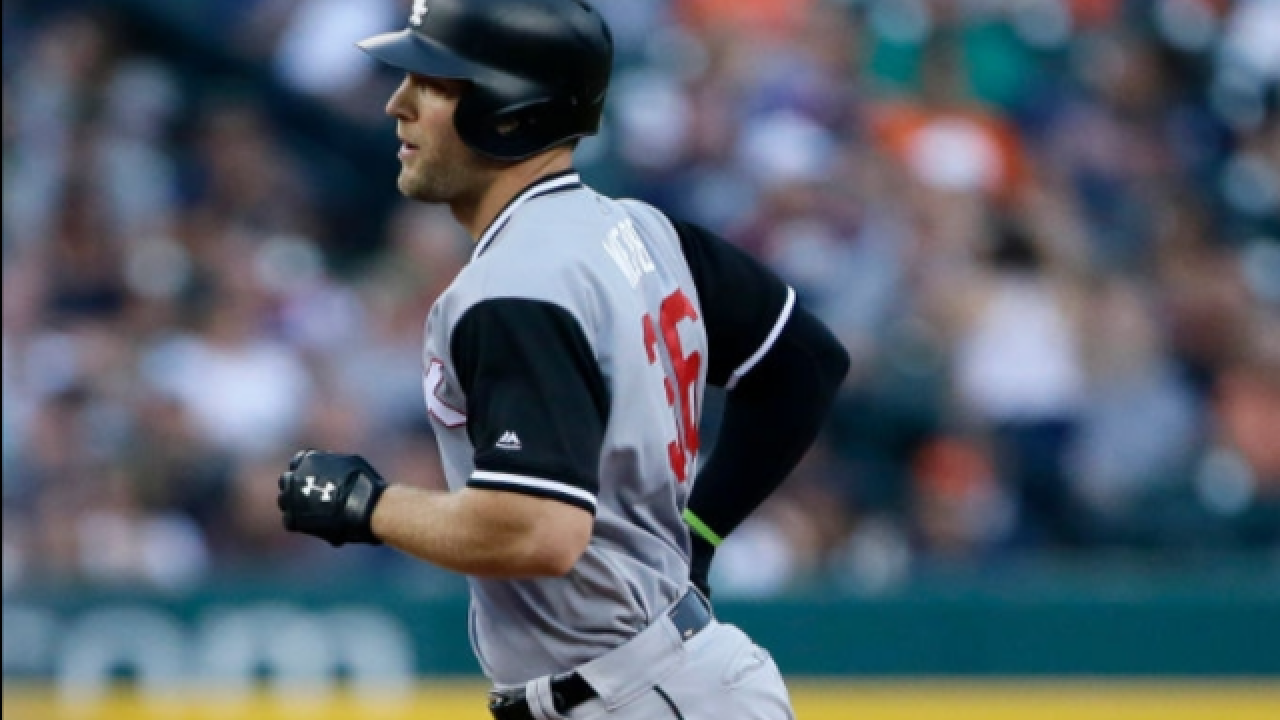 Copyright Getty Images
Duane Burleson
<p>DETROIT, MI - AUGUST 25: Kevan Smith #36 of the Chicago White Sox rounds the bases after hitting a home run against the Detroit Tigers during the second inning at Comerica Park on August 25, 2018 in Detroit, Michigan. The teams are wearing their Players Weekend jerseys and hats. (Photo by Duane Burleson/Getty Images)</p>

DETROIT (AP) -- For Kevan Smith and the Chicago White Sox, this home run was particularly special.

Smith used his custom uniform Saturday night to honor Daniel Webb, the former Chicago reliever who died in an ATV accident last October . In the second inning, Smith connected for his first homer of the season, and the White Sox went on to win 6-1 over the Detroit Tigers.

"There's just been a lot of things that's happened in my life, since the accident. It was almost like in the back of my head -- like, wow, what if like I hit a home run here?" Smith said. "And oh my gosh, it happens. Just felt like I was going to start crying, running around the bases."

Major leaguers have been wearing nicknames on the backs of their jerseys for Players' Weekend, and "WEBBY" was Smith's choice. His two-run shot in the second gave Chicago a 3-0 lead.

"It only hit a few guys I think when I hit it, at first," Smith said. "When guys started realizing the significance of it, it was pretty overwhelming."

Lucas Giolito (10-9) pitched seven sharp innings in his third straight quality start. He allowed a run and three hits with a walk and six strikeouts.

"I started getting behind hitters right from the start and that got me into big trouble," Carpenter said. "I didn't have command of my fastball -- everything was up -- and when I was finally able to find an adjustment in the fourth inning, it was already too little, too late."

Detroit optioned Carpenter to Triple-A Toledo after the game.

The White Sox took an immediate 1-0 lead in the first when Tim Anderson drew a leadoff walk and scored on Jose Rondon's double. Smith's drive made it 3-0. After Mahtook homered in the bottom of the second, Chicago responded with two runs in the third on an RBI single by Yoan Moncada and a sacrifice fly by Ryan LaMarre.

Matt Davidson brought home another run with a double in the fifth.

"Early on, the game really dragged. I don't like games that don't have any pace to them," Tigers manager Ron Gardenhire said. "Carp had a really slow pace and didn't have his best stuff, and we all fell into it. Their guy pitched well, and we hit a few balls on the screws but right at people, but we really didn't do much."

The White Sox have won eight of 11.

LOOKING BETTER
Giolito lowered his ERA to 5.85. It's still the worst mark in the major leagues of anyone who qualifies for the ERA title, but the 23-year-old right-hander has been a bit better since the All-Star break.
"It was definitely the best fastball command I've had all season," Giolito said. "Warming up in the bullpen, I was hitting both sides of the plate super consistently."
This was the second time this month that Giolito has gone seven innings with only one run allowed. He also did it in a no-decision Aug. 3 at Tampa Bay.

UP NEXT
Chicago rookie Michael Kopech (0-0) takes the mound in his second career start for the series finale against Detroit's Jordan Zimmermann (6-5) on Sunday. The Tigers are retiring Hall of Famer Alan Trammell's No. 3 and will have a ceremony before the game.