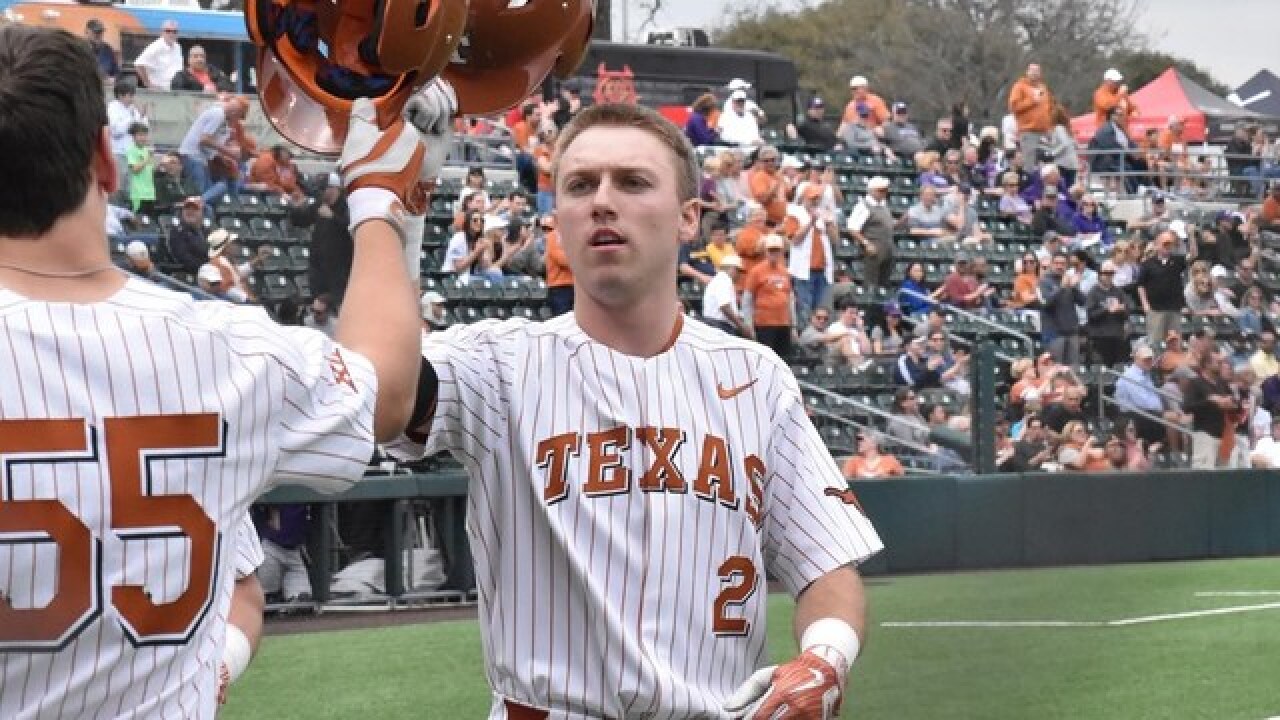 The Detroit Tigers took Texas second baseman Kody Clemens, the youngest son of seven-time Cy Young winner Roger Clemens, with the opening pick of the third round -- No. 79 overall -- as the draft resumed Tuesday.

The younger Clemens was the Big 12 player of the year and has helped the Longhorns to the NCAA Tournament super regionals. He's hitting a team-leading .346 with 21 home runs, second-most in school history, and 68 RBIs as one of college baseball's top sluggers. Clemens is a semifinalist for both the Golden Spikes Award and Dick Howser Trophy as the best player in the country.

The Tigers selected Auburn right-hander Casey Mize with the No. 1 overall pick on Monday night.

Kody Clemens was a 35th-round selection of Houston out of high school, but opted to go to his father's alma mater to play baseball. He spent most of last season as the Longhorns' designated hitter after having Tommy John surgery, but returned completely healthy this year as one of Texas' top players.

Roger Clemens still has draft-day bragging rights on his sons. He was the 19th overall pick by Boston in 1983.

Kacy played two seasons with Kody at Texas and congratulated his brother on Twitter.

"So proud of this kid!" Kacy Clemens wrote. "What a stud. You earned everything! Love you TONS bro bro."

Kody gave his older brother some credit for his success: "Wouldn't have been where I am today without you!" he posted on his Twitter page.

The draft concludes Wednesday with rounds 11-40 via conference calls with each team.