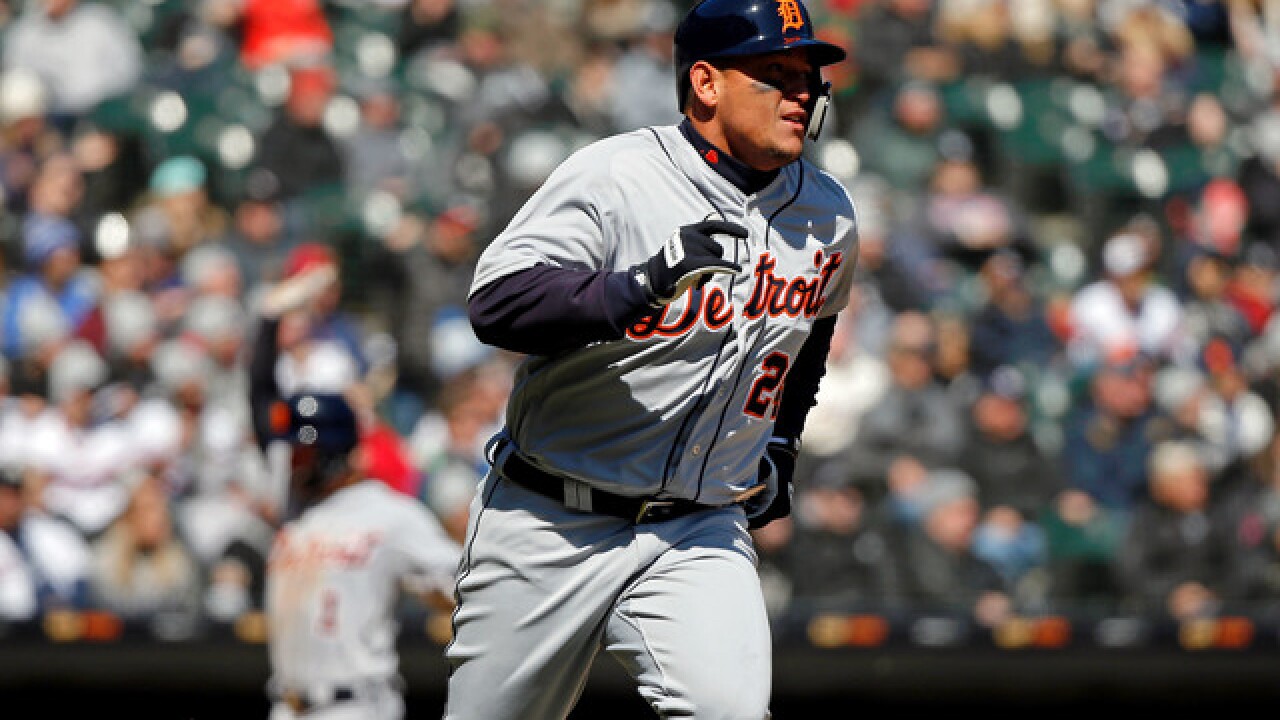 CHICAGO (AP) -- A sore hip and freezing temperatures weren't about to keep Miguel Cabrera out of this game. The superstar slugger was back in the lineup, leading the way after leaving the previous game.

Cabrera had a two-run single in the third and RBI groundout in the fifth after leaving Thursday's game against the White Sox because of tightness in his left hip flexor.

"I have to go out there and play. ... It was hard to stay (loose) in the game, but you've got to battle when the weather's like that," he said.

Dixon Machado had two hits and chased Lucas Giolito (0-1) with a two-run double in the sixth that made it 5-0, sending the Tigers to their second straight win after a 1-4 start.

Both starters struggled with their control on a day when the gametime temperature was 32 degrees. But Fulmer (1-1) pitched well enough, scattering six hits and walking three in 5 1/3 scoreless innings.

Giolito struggled through 5 2/3 innings, allowing five runs and four hits. He walked three and hit three batters as the White Sox lost for the fourth time in five games.

"I was battling myself the whole time," he said. "Too many pitches getting away from me. Three walks, three hit batters, unacceptable. It just didn't work out."

BUILDING LEAD
After Fulmer escaped a bases-loaded jam in the second, Giolito wasn't as fortunate in the third.
He hit Jose Iglesias after retiring the first seven batters and walked Leonys Martin and Jeimer Candelario with two out before Cabrera drove a two-run single to right-center.
Cabrera added to the lead in the fifth with a grounder to third that might have been an inning-ending double play had Yolmer Sanchez fielded it cleanly.
The Tigers tacked on two more runs in the sixth. Giolito hit Victor Martinez and James McCann to start the inning, and Machado drove them in with a two-out double to left.

WARWICK OPTIONED
The Tigers optioned reliever Warwick Saupold to Triple-A Toledo to make room for the returning Mike Fiers and will use Daniel Norris out of the bullpen for now.
Fiers will be activated from the 10-day disabled list in time to start Sunday's game after being sidelined because of a lumbar strain. Manager Ron Gardenhire said he is "on board" with general manager Al Avila's decision to keep Norris in a long relief role.
"He's a starter, he's not a bullpen guy," Gardenhire said. "The thing we're talking about right now is we can give him innings up here."
Norris pitched 3 1/3 innings in relief on Thursday. Saupold threw 3 1/3 innings over four appearances.

MINAYA SENT DOWN
The White Sox optioned right-hander Juan Minaya to Triple-A Charlotte and will make a corresponding before Sunday's game. The 27-year-old Minaya has appeared in three games, allowing three runs and five walks over one inning.

TRAINER'S ROOM
Tigers: Cabrera was back at first base and batting third two days after he jammed his hip when he tripped and fell rounding first on a single in the first inning. Cabrera played the field in the bottom half on Thursday before being replaced by Niko Goodrum.
White Sox: Manager Rick Renteria said reliever Nate Jones has experienced "no issues so far" after having season-ending surgery on his pitching arm last July. The right-hander has made three appearances. "We're going to continue to monitor him and listen to him," Renteria said. "His body tells him what he's capable of doing. We're going to continue to ask plenty of questions and make sure he's OK."

UP NEXT
Tigers: Fiers makes his Tigers debut after going 8-10 with a 5.22 ERA for Houston last season.
White Sox: RHP Reynaldo Lopez (0-0, 1.50 ERA) looks to build on a strong first start. He went six innings, allowing one run and two hits, in a 4-2 loss at Toronto on Monday.