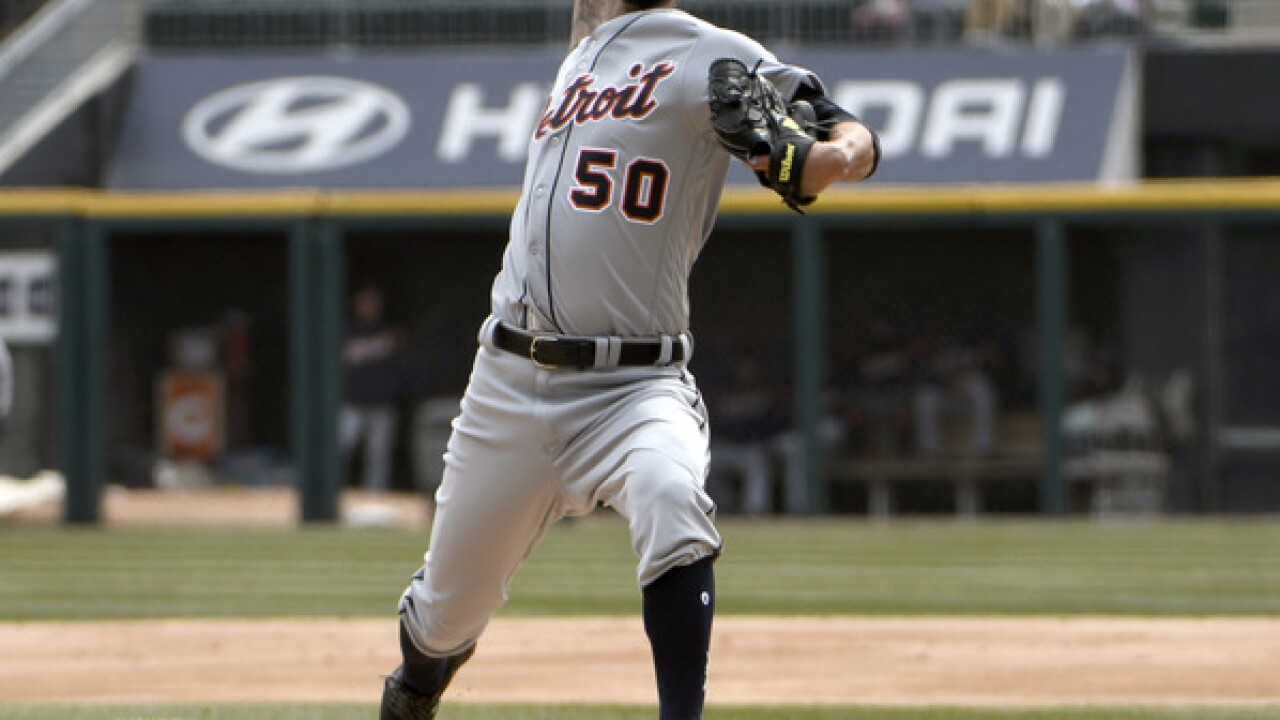 CHICAGO (AP) -- Mike Fiers combined with four relievers on a three-hitter, and the Detroit Tigers took advantage of a passed ball to score an unearned run in the first inning in a 1-0 win over the Chicago White Sox on Sunday that completed a three-game sweep.

On an afternoon with a first-pitch temperature of 36 degrees and a 10 mph wind blowing straight in, the teams combined for just five hits -- all singles -- and none after the third inning.

Fiers (1-0) made his season debut after recovering from a lumbar strain and allowed three hits in six innings with six strikeouts and one walk. He pitched out of a bases-loaded, one-out jam in the first by retiring Nicky Delmonico on a lineout and Welington Castillo on a groundout.

Alex Wilson walked Delmonico leading off the seventh, then got Castillo to ground into a double play.

Daniel Stumpf retired his only batter, Joe Jimenez pitched a perfect eighth and Shane Greene overcame an error by third baseman Jeimer Candelario on Avisail Garcia's leadoff grounder in the ninth to get his second save in as many chances. Jose Abreu grounded into a double play, and Greene threw a called third strike past Matt Davidson.

SURPRISE
Brought up from Triple-A Charlotte prior to Sunday's game, Bruce Rondon took a wrong route -- before the game. He went to the visitor's locker room and came across Cabrera, a former Tigers teammate.
"This morning I wrongly went to their clubhouse," Rondon said through a translator. "Miguel said, `Hey, loco, what are you doing here?"'
Rondon pitched for the Tigers from 2013-17 and spent 10 years in the organization before signing a minor league deal with the White Sox in February.
He struck out all four batters he faced, including Cabrera on a slider that ended the eighth, and reached 100 mph.

TRAINER'S ROOM
White Sox: Rondon said he is over lower back issues that plagued him during spring training. He took the roster spot of RHP Juan Minaya, who was optioned to Triple-A Charlotte following Saturday's game.