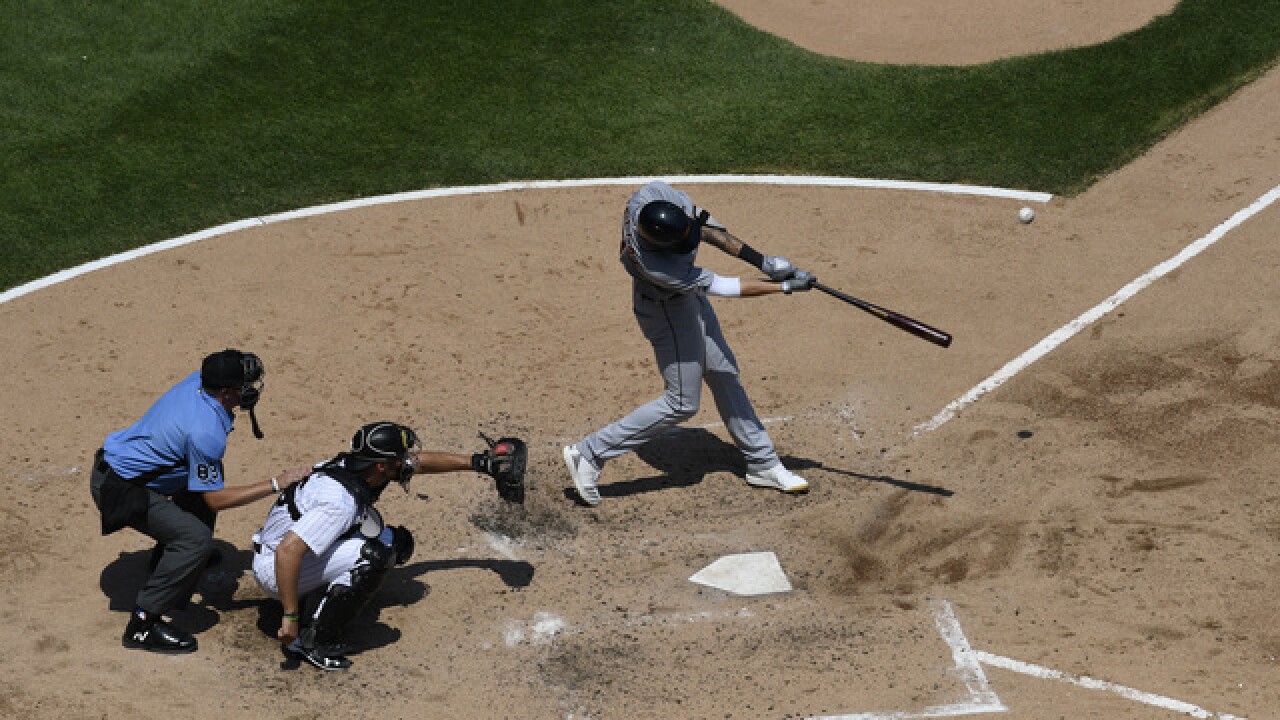 Castellanos hit a three-run drive in the third and a two-run shot in the fifth. It was his first multihomer game since Aug. 22 against the Yankees and No. 4 for his career.

The Tigers blew a 5-0 lead but recovered in time to improve to 7-1 against the lowly White Sox this year. Buck Farmer (3-3) pitched a scoreless inning for the win.

Charlie Tilson drove in two runs for Chicago, which has dropped three in a row. Kevan Smith had two hits and scored a run.

Tilson hit a two-run single off Jordan Zimmermann in the fifth and Jose Abreu tied it at 5 with a sacrifice fly in the sixth, but the Tigers went ahead to stay in the eighth.

Victor Martinez sparked the winning rally with a leadoff single against Jace Fry (0-1). Bruce Rondon then came in and walked John Hicks. JaCoby Jones popped up a bunt and Rondon dove for the ball, but it trickled out of his glove to load the bases.

With the infield playing in, Iglesias hit a dribbler up the middle that bounced off second baseman Yoan Moncada's glove for a run-scoring infield hit. Rondon then threw four straight balls to Niko Goodrum, forcing in another run.

Shane Greene worked the ninth for his 19th save.

Zimmermann was charged with four runs and four hits in five innings in his first start after missing six weeks with a right shoulder impingement.

ROSTER MOVES
To make room for Zimmermann on the active roster, right-hander Artie Lewicki was optioned to Triple-A Toledo.