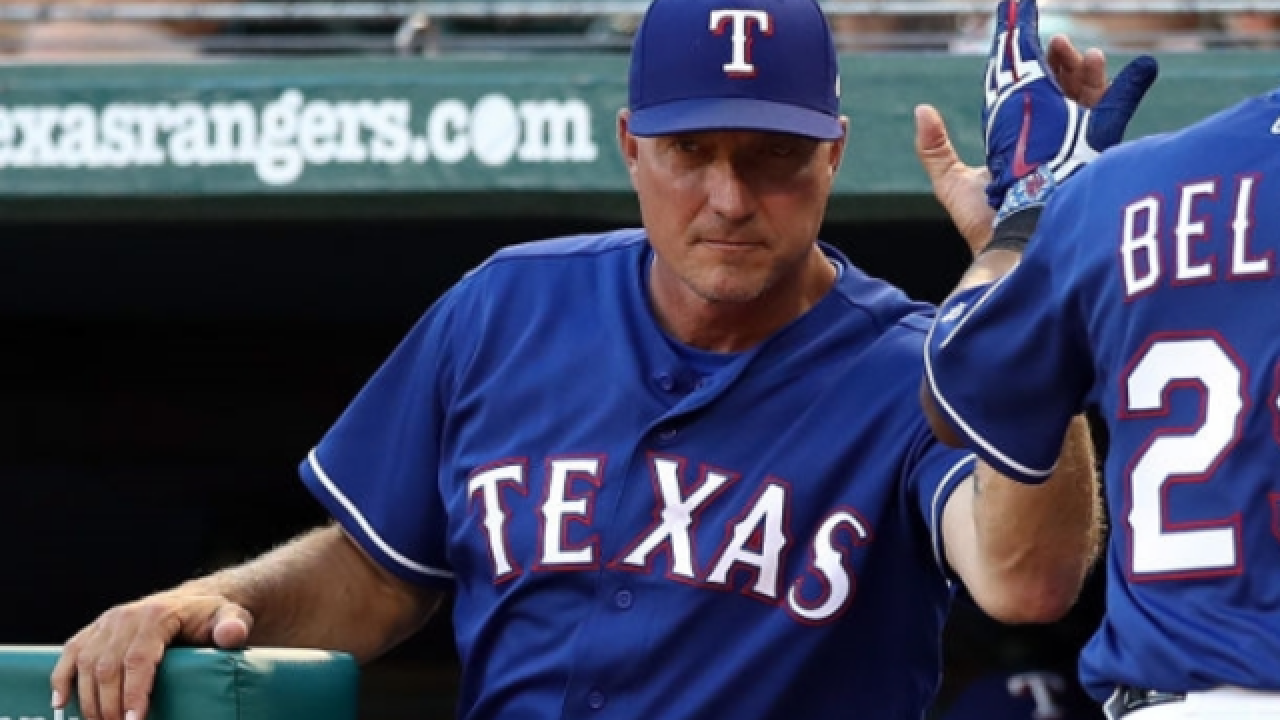 DETROIT (AP) -- Texas manager Jeff Banister was ejected from Sunday's game at Detroit in the second inning after one of his players was called out for interference.

With men on first and second and the Rangers already up 2-0, Carlos Tocci dropped a bunt and took off for first. The throw hit him and bounced away, and it looked like Texas had scored a run on the play, but Tocci was called out for interference, and the runners were sent back to first and second.

Banister argued for a while. The ejection was the 14th of his managerial career and his third this season.

Texas did score that run anyway on an error by first baseman John Hicks, but that was the only further scoring in the top of the second.