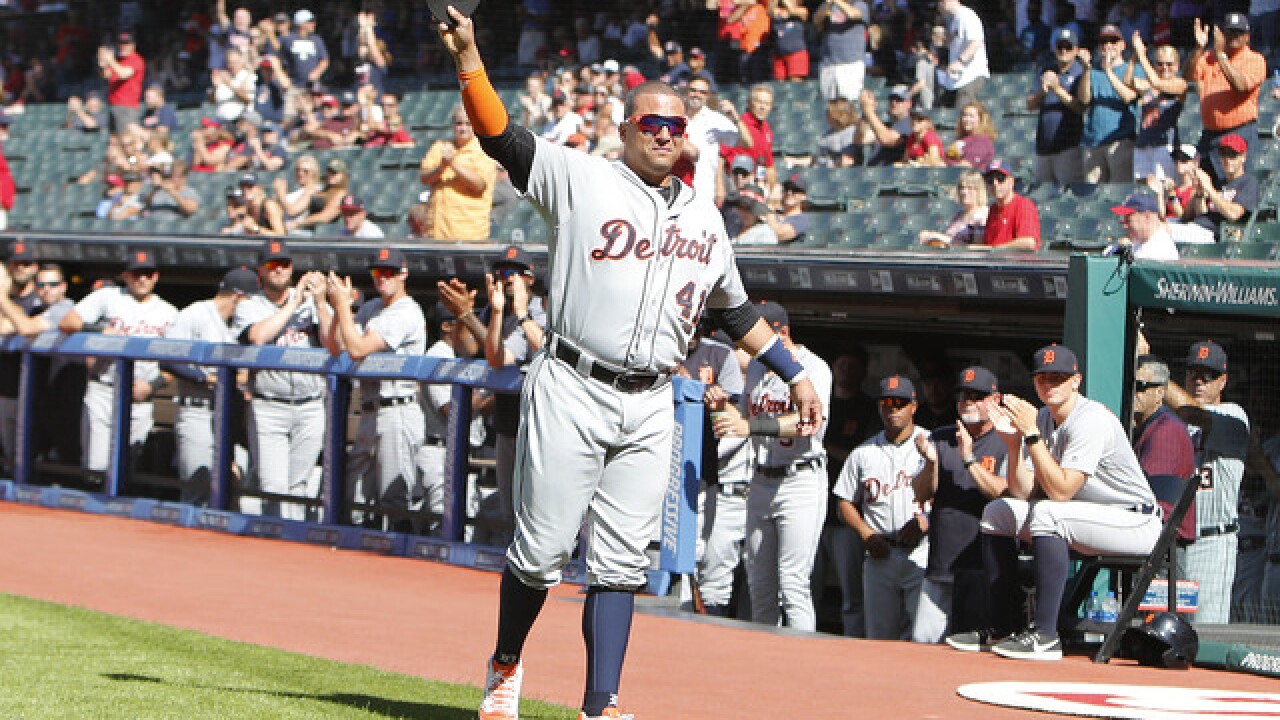 Copyright Getty Images
David Maxwell
<p>CLEVELAND, OH - SEPTEMBER 15: Victor Martinez #41 of the Detroit Tigers waves to the Cleveland Indians crowd after receiving a plaque honoring his announced retirement during a pre-game ceremony before the start of the game against the Detroit Tigers at Progressive Field on September 15, 2018 in Cleveland, Ohio. (Photo by David Maxwell/Getty Images)</p>

DETROIT (AP) -- Tigers designated hitter Victor Martinez announced before Friday's game he will finish his 16-season career on Saturday against the Royals.

Martinez will sit out Sunday's series finale and accompany the team on its final road trip without playing.

"I feel like I owe it to the fans to have my final at-bats here," said Martinez, who will be honored in a pregame ceremony.

We hear from @Tigers DH Victor Martinez on the eve of what's expected to be his final game in the majors. pic.twitter.com/yCS6dhR08Q