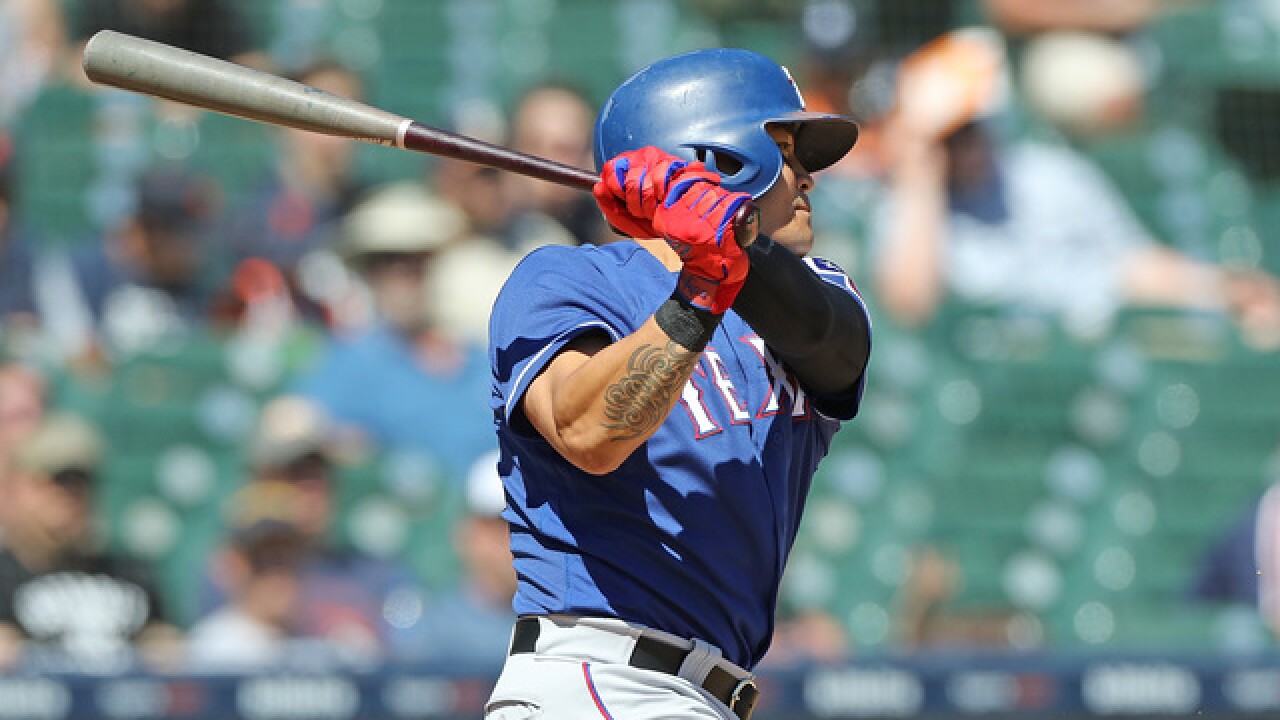 DETROIT (AP) -- After grounding into a double play to end the top of the seventh inning, Shin-Soo Choo still held out hope that he'd have another chance to extend his on-base streak.

"I still believed I'd get another at-bat," Choo said.

Choo's Texas teammates came through, reaching base enough times to bring him back to the plate with two outs in the ninth, when he hit an infield single to extend the streak to 47 games. Choo surpassed Julio Franco's club record of 46 games, set in 1993 -- and the Rangers blanked the Detroit Tigers 3-0 on Sunday.

Austin Bibens-Dirkx pitched impressively into the sixth inning for Texas, and Jurickson Profar homered in the first.

Choo reached on an error in the second, but he was without a hit or a walk after seven innings. The Rangers sent five men to the plate in the eighth, and Ronald Guzman's one-out single in the ninth allowed Choo to bat again. He hit a slow grounder to third and made it to first without a throw.

"I don't know how I did it -- 47 games already," Choo said. "A lot of people helped, especially my teammates."

Bibens-Dirkx (2-2) allowed three hits and a walk in 5 1/3 innings. He struck out five. Jose Leclerc struck out five in 1 2/3 hitless innings of relief for Texas. Jake Diekman pitched the eighth, and Keone Kela finished for his 22nd save in 22 chances.

Texas manager Jeff Banister was ejected in the second inning after one of his players was called out for interference.

"He got us deep into the game and gave us a chance, but we didn't do anything offensively," Detroit manager Ron Gardenhire said.

Detroit scored seven runs in the first inning of a win Saturday, but the Tigers have not crossed the plate since. This time it was Texas that took the lead in the opening inning on a solo homer by Profar.

The Rangers went ahead 2-0 in the second on an RBI single by Guzman. With men on first and second, Carlos Tocci dropped a bunt and was hit by the throw as he neared first. The ball bounced away, and it looked like Texas had scored another run, but Tocci was called out for interference, and the runners were sent back to first and second.

Banister argued and was ejected. Choo followed with a grounder that skipped past first baseman John Hicks for an error, and a run scored on that play to make it 3-0.

TOSSED
It was the 14th ejection of Banister's managerial career and his third this season.
"It looked like to me he was on the line -- kind of splitting hairs there. We've seen some more egregious situations that weren't called," he said. "However, it's the judgment of the umpire. He makes the call. Apparently it was just a situation where I said a little too much."