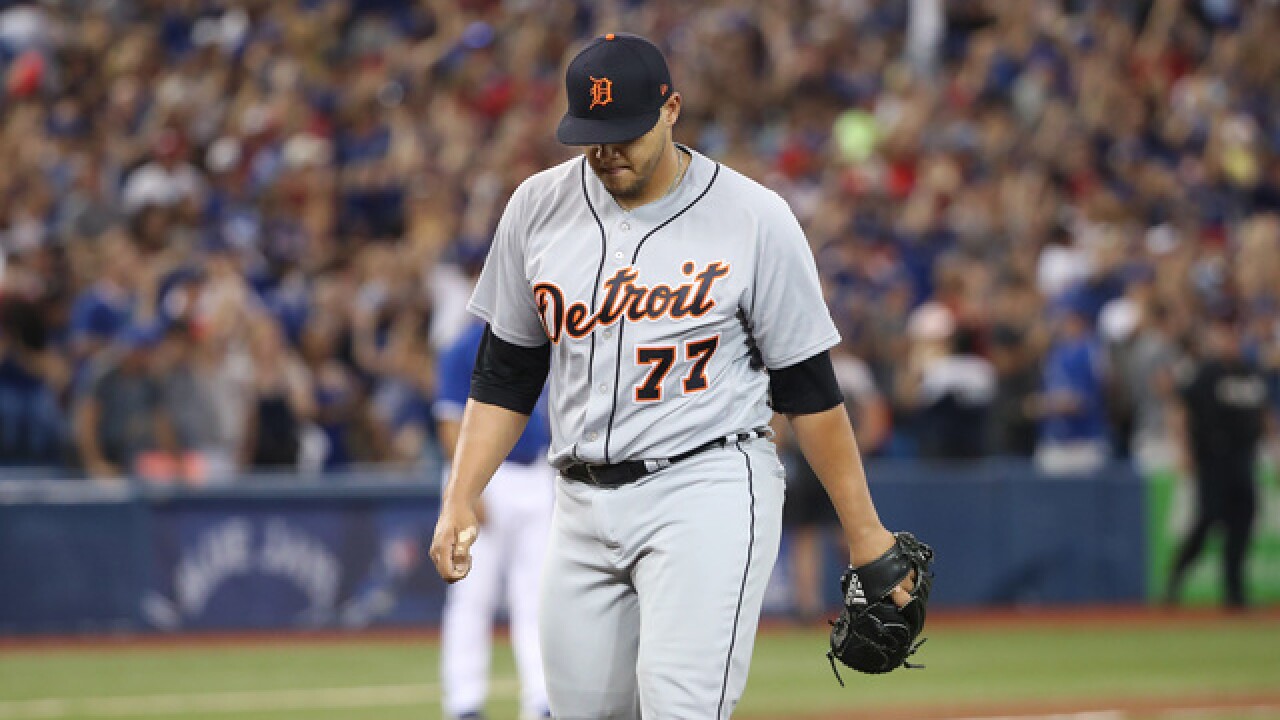 TORONTO -- Justin Smoak led off the bottom of the ninth inning with a home run and the Toronto Blue Jays beat Detroit 4-3 on Saturday, handing the Tigers their 11th straight loss.

Smoak connected against reliever Joe Jimenez (3-1) for his 11th homer of the season.

Seyunghwan Oh (4-2) worked one inning for the win. Randal Grichuk also homered for the Blue Jays, who have won 10 of 11 at home.

John Hicks hit a solo homer in the Detroit second off Sam Gaviglio and Nick Castellanos made it 3-0 with a two-run shot in the third, his 12th.

Matt Boyd held the Blue Jays hitless until Kevin Pillar's leadoff double in the fifth. Pillar moved to third on a one-out single by Aledmys Diaz and scored on a groundout by Devon Travis before Grichuk hit his tying homer.

Gaviglio gave up three runs and four hits in seven innings, matching his longest outing of the season.
Leonys Martin and Castellanos hit consecutive singles off Joe Biagini in the eighth but the Blue Jays right-hander retired the next three batters in order.

Martin helped preserve the 3-3 tie in the bottom of the eighth by throwing out Travis at home plate. Travis was trying to score from second on Yangervis Solarte's single to center, but couldn't beat Martin's one-hop throw.

With a heat alert in place for Toronto, the retractable roof at Rogers Centre was kept closed. The outdoor temperature was 88 degrees, with high humidity making it feel like 106.

TRAINER'S ROOM
Tigers: RHP Alex Wilson had to leave in the eighth because of a sore left calf. Wilson missed almost a month earlier this season because of a strain in his left foot. ... RHP Drew VerHagen (nasal fracture) will join Triple A Toledo Saturday night to begin an injury rehabilitation assignment. VerHagen has been out sincee June 20.