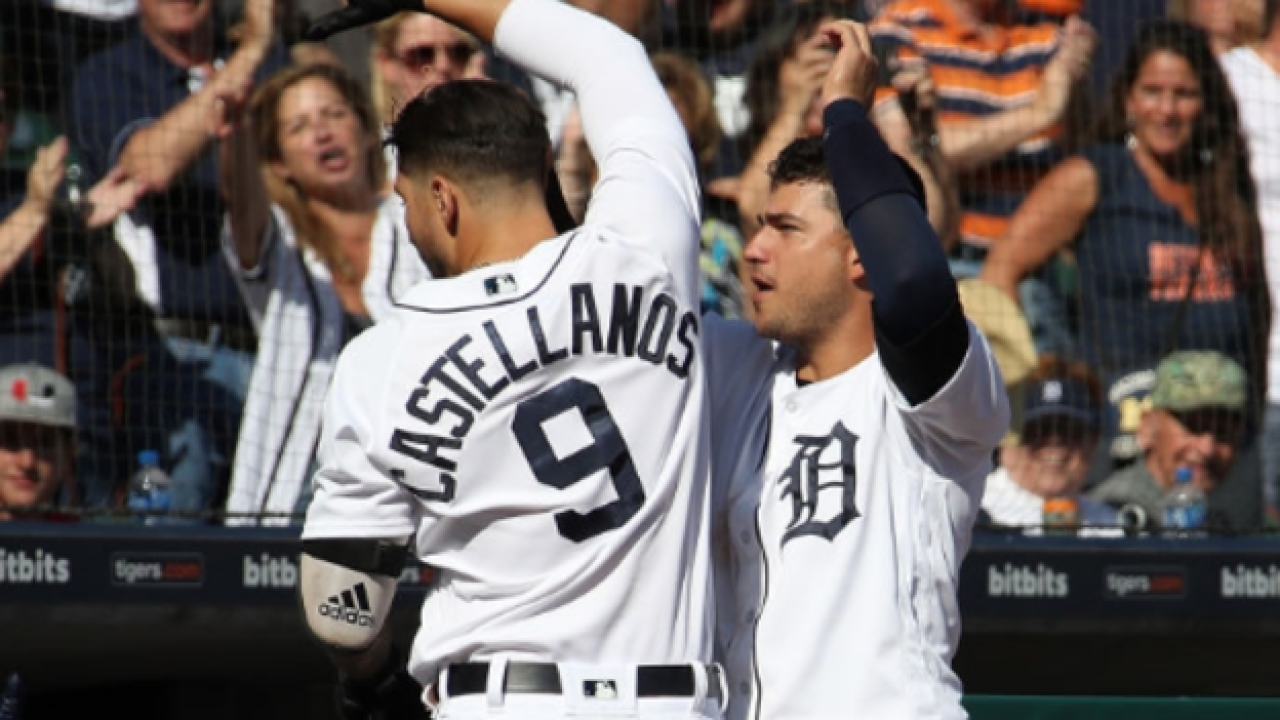 DETROIT (AP) -- Nicholas Castellanos homered as part of a seven-run first inning for Detroit, and the Tigers cruised to a 7-2 victory over the Texas Rangers on Saturday.

Cole Hamels (4-8) retired only two batters for the Rangers in his shortest start since 2010, and Adrian Beltre had a home run taken away when Detroit's JaCoby Jones made a spectacular catch in left-center field.

Mike Fiers (6-5) allowed a run and five hits in six innings. He struck out six with one walk.

Rougned Odor hit a solo homer for Texas immediately after Beltre was robbed by Jones. Shin-Soo Choo doubled twice for the Rangers to extend his on-base streak to 46 games, tying Julio Franco's club record set in 1993.

Niko Goodrum had four hits for the Tigers.

Castellanos opened the scoring with a solo homer with one out in the first. John Hicks added an RBI single, and Jose Iglesias hit an infield single with two outs and the bases loaded to make it 3-0.

Hamels still would have made it out of the inning, but center fielder Delino DeShields misplayed a line drive by Jones for an error, allowing three more runs to score. Mikie Mahtook followed with an RBI double, and Hamels was replaced after allowing five hits, two walks and three earned runs.

It was the shortest start for Hamels since June 1, 2010, when he also lasted two-thirds of an inning for Philadelphia at Atlanta. That start was shortened because of a rain delay.

Hamels had gone at least five innings in each of his first 17 starts this year.

Beltre made a bid for a home run in the sixth with drive toward the Texas bullpen, but Jones came over from center and made a backhanded catch over the fence, pulling the ball back before falling forward to the ground. He held onto the ball for the out.

TRAINER'S ROOM
Rangers: Elvis Andrus appeared to foul a pitch off his left leg in the fifth but remained in the game.

UP NEXT
Michael Fulmer (3-7) takes the mound for Detroit against Austin Bibens-Dirkx (1-2) in the series finale Sunday.