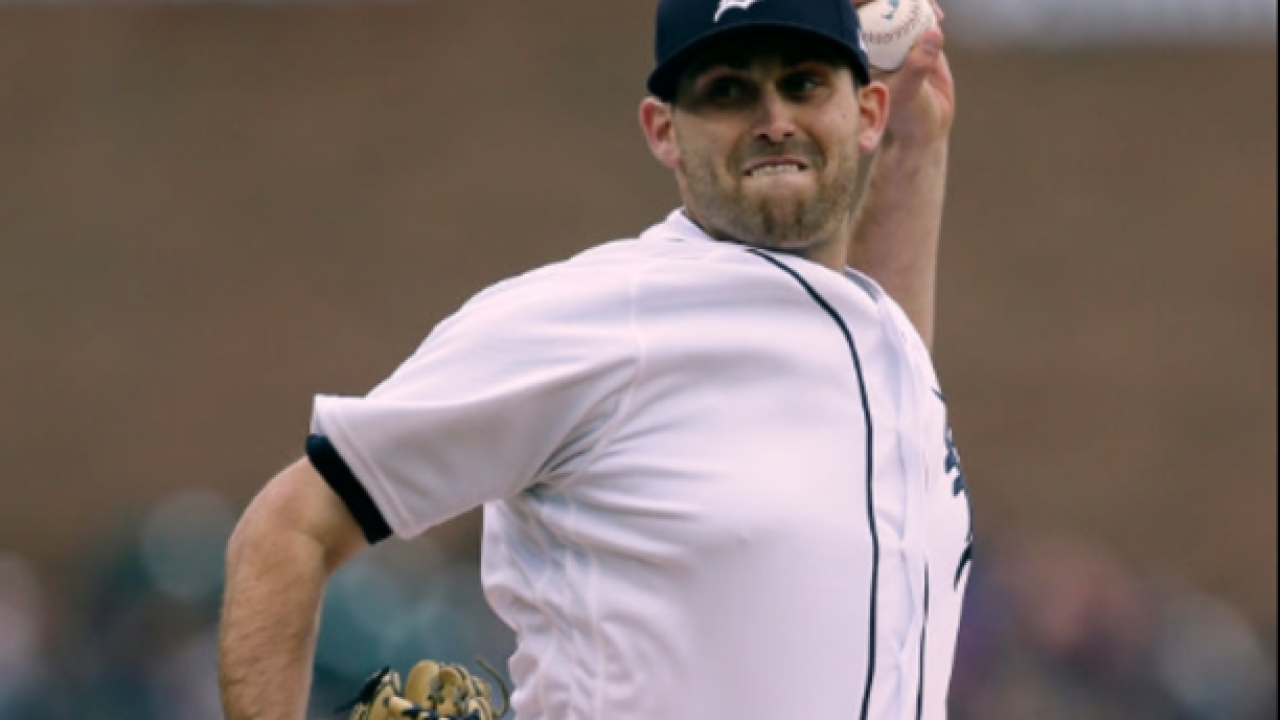 Copyright Getty Images
Duane Burleson
<p>DETROIT, MI - MAY 12: Matthew Boyd #48 of the Detroit Tigers pitches against the Seattle Mariners during the second inning of game one of a doubleheader at Comerica Park on May 12, 2018 in Detroit, Michigan. (Photo by Duane Burleson/Getty Images)</p>

DETROIT (AP) -- JaCoby Jones started a key rally with his bat, scored an important run with his legs and then helped save the game with his glove.

Jones made a diving catch in the ninth inning to help the Detroit Tigers hold on for a 4-3 victory over the Seattle Mariners in the first game of a doubleheader Saturday. The 26-year-old center fielder also doubled and scored during a three-run sixth for Detroit.

"Great play in center field," Tigers manager Ron Gardenhire said. "He might do some wacko things every once in a while, but we love it, because he plays with energy. He's some kind of talented kid."

Matthew Boyd pitched impressively until the seventh inning, and Jose Iglesias hit a two-run homer for the Tigers. Grayson Greiner contributed the first two RBIs of his big league career.

Boyd (2-3) allowed three runs and three hits in six-plus innings. Three relievers finished the game for Detroit, with Shane Greene pitching the ninth for his eighth save in 10 chances. After a one-out walk, Jones made a diving catch of Ryon Healy's sinking liner to center.

Mike Zunino followed with a single, putting men on first and third, and another walk loaded the bases. Dee Gordon grounded out to first to end it.

The Tigers broke a 1-all tie in the sixth. With two out and nobody on, Jones hit a hard grounder that bounced off the left leg of third baseman Kyle Seager and into foul territory for a double. Greiner followed with a single to right, and Jones scored on a very close play at the plate.

The Mariners didn't challenge the call, and their inning quickly became even worse when Iglesias hit a drive to left that gave Detroit a 4-1 lead.

"It needed to be challenged after the fact when I saw it," said Manny Acta, who was filling in for Scott Servais as Seattle's manager. "We had a miscommunication over the phone about it and I'm not going to point fingers. We lose as a team. It shouldn't happen but it did."

Acta was managing because Servais was away to watch his daughter receive a master's degree at Mississippi.

Boyd struck out six and walked three. He was sharp until he hit a batter and allowed a double to start the seventh. Buck Farmer relieved him, and both those runners came home on groundouts to make it 4-3.

Greiner opened the scoring with an RBI single in the fourth. Seattle tied it the following inning on a sacrifice fly by Gordon.

The teams were rained out Friday night, forcing the Tigers to play a doubleheader for the fourth time this season.

MOVES
Detroit purchased the contract of right-hander Louis Coleman from Triple-A Toledo. To create room on the 40-man roster, the Tigers designated left-hander Chad Bell for assignment. Detroit also recalled left-hander Ryan Carpenter from Toledo to be the 26th man for the second game of the doubleheader.
Seattle activated right-hander Dan Altavilla from the 10-day disabled list before the second game. With Acta managing, Ichiro Suzuki served as Seattle's bench coach for the doubleheader.

TRAINER'S ROOM
Mariners: Seager was able to stay in the game after Jones' double off his leg.
Tigers: Gardenhire said OF Leonys Martin's injured left leg is starting to feel better, and 1B Miguel Cabrera is "coming along" from his right leg issue. Both players are on the DL because of hamstring strains.

UP NEXT
Seattle's Felix Hernandez (4-3) faces Detroit's Michael Fulmer (1-2) in the second game of the doubleheader.