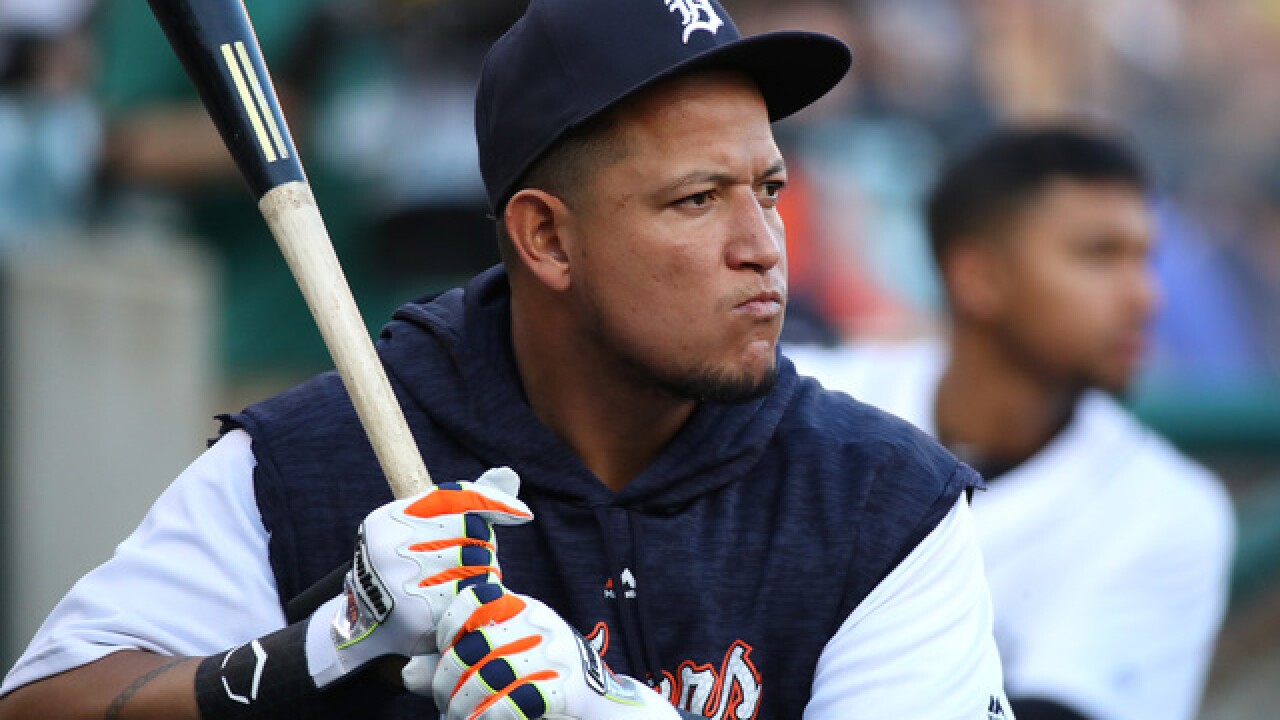 Copyright Getty Images
Gregory Shamus
<p>DETROIT, MI - MAY 01: Miguel Cabrera #24 of the Detroit Tigers not playing due to injury takes practice swings in the dugout while playing the Tampa Bay Rays at Comerica Park on May 1, 2018 in Detroit, Michigan. (Photo by Gregory Shamus/Getty Images)</p>

DETROIT (AP) -- Detroit Tigers first baseman Miguel Cabrera made one thing clear when he went on the disabled list May 4 with a right hamstring strain: He plans to return on his timetable.

Cabrera, who told reporters May 15 that fans don't appreciate when he tries to play hurt, could return to the lineup in the coming days.

He took batting practice and ran in the outfield before Friday's home game against the Chicago White Sox. The Tigers are beginning a stretch of 12 games in 11 days at Comerica Park.

After running Friday, Cabrera said he felt "good" and expects to return "soon."

Tigers manager Ron Gardenhire, who defended his star slugger after Cabrera's testy comments, is looking forward to having him back.

"I haven't put a timetable on it," Gardenhire said before Friday's game. "He's feeling better. (It) could be today. The trainers are doing their treatment, he's getting stretched and he's hitting."

Although Cabrera shook his head "no" when asked if he would play in Friday's game -- he was not in the starting lineup -- Gardenhire said it's not unrealistic that Cabrera could be back during the home stand, possibly this weekend.