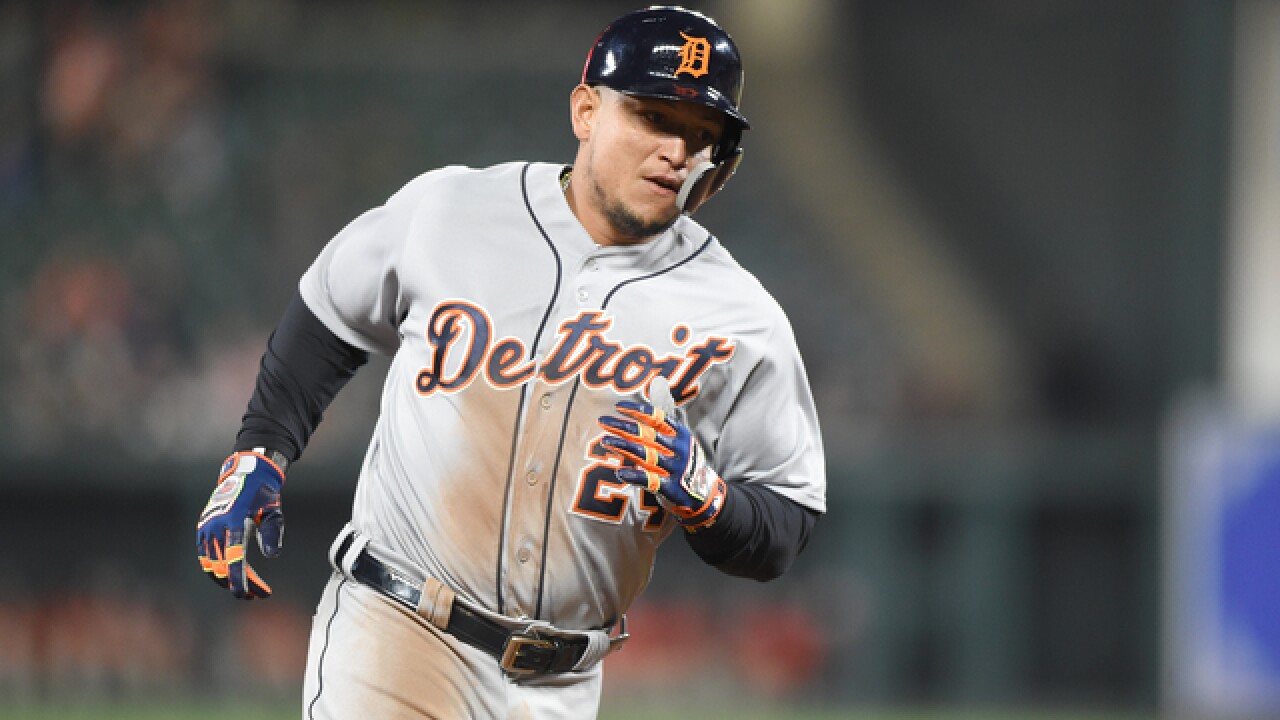 KANSAS CITY, Mo. (AP) -- Detroit Tigers slugger Miguel Cabrera has left a game at Kansas City after straining his right hamstring while taking second base in the sixth inning at Kauffman Stadium.

Cabrera was back in the lineup Thursday at designated hitter after missing the last three games with biceps spasms. He reached on a single in the sixth and was advancing to second on a single by Nick Castellanos when he pulled up and a team trainer went out to the field.

Nico Goodrum replaced the two-time MVP on the bases.

The 35-year-old Cabrera was hitting .326 with three homers and 21 RBIs coming into the game. He was retired in his first three at-bats before his base hit off reliever Scott Barlow.