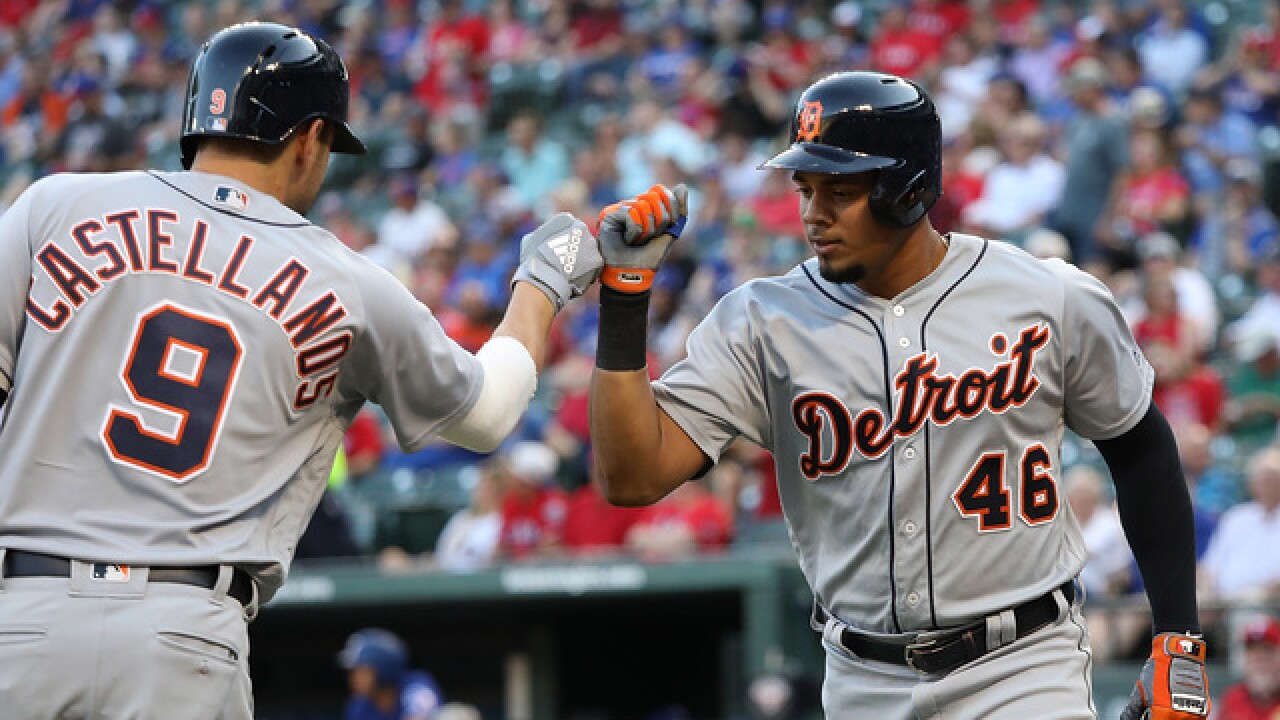 Copyright Getty Images
Ronald Martinez
<p>ARLINGTON, TX - MAY 08: Jeimer Candelario #46 of the Detroit Tigers celebrates a homerun with Nicholas Castellanos #9 in the first inning against the Texas Rangers at Globe Life Park in Arlington on May 8, 2018 in Arlington, Texas. (Photo by Ronald Martinez/Getty Images)</p>

Detroit announced the move Monday and made it retroactive to Sunday. Infielder Dawel Lugo was recalled from Triple-A Toledo.

Candelario is hitting .272 with five home runs and 16 RBIs. He joins Miguel Cabrera, Leonys Martin, Jordan Zimmermann, Alex Wilson and Daniel Norris on the DL for the Tigers.

Outfielder Nicholas Castellanos is out of the starting lineup for Monday night's game against Cleveland. He hurt a finger on his left hand when he was hit by a pitch against Seattle on Saturday night.