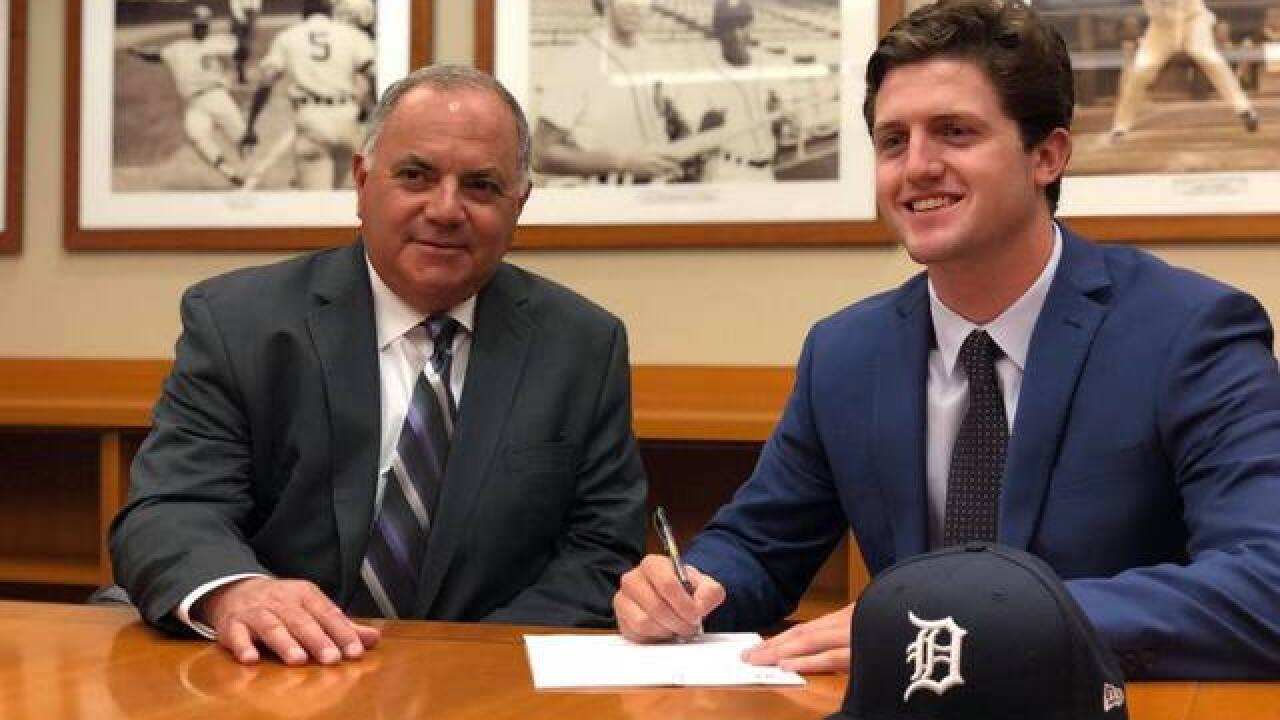 DETROIT (AP) — Casey Mize has agreed to a pro contract, and the Detroit Tigers are giving every indication that the No. 1 pick in the 2018 draft will pitch somewhere before the year is over.

The Tigers announced Mize’s deal Monday, before their afternoon game against Oakland. Detroit didn’t go into much detail about its plan for Mize in 2018, but it certainly sounds as if he’ll pitch in the organization at some point soon.

“We pretty much know what we’re going to do,” said Scott Pleis, the team’s director of amateur scouting. “We’re going to figure that out — how many innings, how that’s going to work out, when he’s going to do it. So all the stuff will be mapped out.”

Alex Faedo, a right-hander drafted by the Tigers in the first round last year, did not start his minor league career until this season. He’s at Double-A Erie now.

Shortly after Detroit announced the deal with Mize, the Tigers held a news conference with him at Comerica Park. He also had a chance to go on the field and interact with players.

“A little nervous to even go play catch,” Mize said. “I felt a part of it a little bit, which was an awesome feeling. Even stepping in the dugout, and kind of just seeing the stadium. I don’t know — it was really cool.”

Mize was asked about any players he may have tried to emulate growing up. His answer never played for the Tigers — but it’s someone who did go to high school in Michigan.

“There is a guy that I grew up idolizing, but he’s not a pitcher,” Mize said. “I loved Derek Jeter growing up, because I played shortstop as well.”