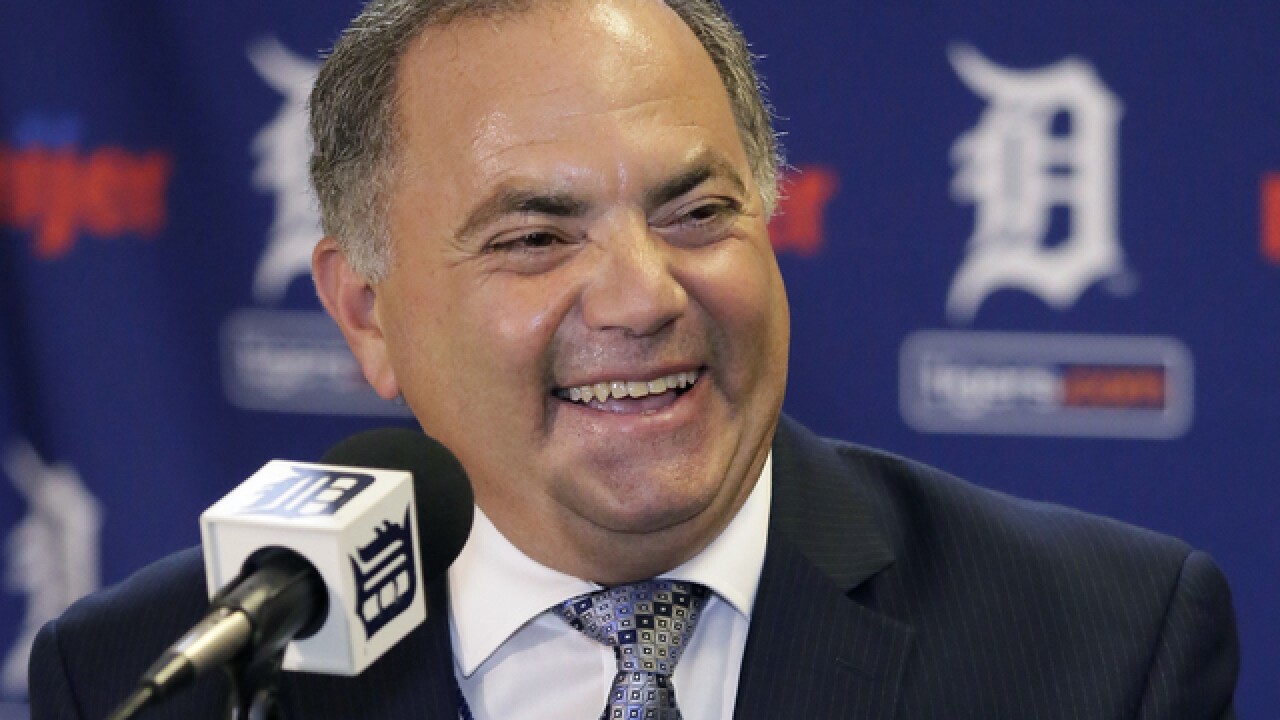 Copyright Getty Images
Duane Burleson
<p>DETROIT, MI - AUGUST 4: Al Avila laughs during a news conference at Comerica Park after he was promoted to executive vice president of baseball operations and general manager on August 4, 2015 in Detroit, Michigan. Avila replaces Dave Dombrowski who was the Tigers' general manager since 2002. (Photo by Duane Burleson/Getty Images)</p>

DETROIT (AP) -- The Detroit Tigers avoided some of their worst-case scenarios this season. They didn't finish last, or all that close to it.

In the end, however, they had the same record as in 2017, and the franchise still seems a long way from contention.

"Not everything is going to go perfect. As you know, some things are going to turn out good, some not," general manager Al Avila said. "I feel we had a good year for the first year of our rebuild. We played with a lot of players that made their major league debuts. We saw some good performances and we saw some that were not as good."

Detroit went 64-98, the same record the Tigers had last year, when they ended up tied for the worst record in baseball. There were a few teams worse than that this season, which may have contributed to the sense that Detroit was exceeding expectations.

The Tigers are hoping some of the prospects in their system turn into players they can build around. In that respect, 2018 has been inconclusive. Detroit hasn't yet been able to bring a significant number of top prospects to the majors.

"This is just the beginning. If you think we are young now wait until next year," said Ron Gardenhire, who was in his first season managing the Tigers. "We'll see. That's the goal is to get all these young kids up here and play them. Triple-A is going to be full of prospects. Guys that are knocking on the door."

PROSPECT WATCH
Outfielder Christin Stewart, Detroit's No. 6 prospect according to mlb.com , made his big league debut this season, playing in 17 games. He hit 25 home runs in the minors this year. The team's top five prospects on that list are all pitchers, and they're at varying stages. Casey Mize, the top pick in this year's draft, made five starts in the low levels of the minors. Franklin Perez, who came to the organization in the trade for Justin Verlander in 2017, was limited to seven minor league starts this year by injury problems . Matt Manning, Alex Faedo and Beau Burrows have all pitched at Double-A, and they'll be prospects to watch in 2019.

PAYROLL
Detroit shed a lot of salary in 2017, trading Verlander and Justin Upton. Victor Martinez's big contract comes off the books now, but as a rebuilding team, the Tigers aren't likely to be big spenders in the short term.
"I don't know what payroll is going to look like. It could very easily come down, it could stay neutral," Avila said. "I'm trying my best not to make it any higher because that's not where we want to go. It's my goal to set up the organization's foundation moving forward for success."

CABRERA'S HEALTH
One player still with the Tigers who has a huge contract is Miguel Cabrera, whose future production is certainly in doubt at age 35. Cabrera played only 38 games this year before being lost for the season because of left biceps surgery.

FULMER'S FUTURE
There are times when Michael Fulmer looks like exactly the type of cost-controlled player the Tigers need -- but now the 2016 American League Rookie of the Year is recovering from a knee issue. Fulmer's 2018 showing wasn't terribly encouraging: He went 3-12 with a 4.69 ERA.

BRIGHT SPOTS
Reliever Joe Jimenez made the All-Star team, although the 23-year-old right-hander did not have a very good second half. Outfielder Nicholas Castellanos had a fine season with the bat, hitting .298 with 23 home runs.
"As far as a multiyear contract with Nick, it's something where we have to, at this point, figure will he be here when we are ready to contend for the playoffs? That's the big question," Avila said. "If you are going to tell me over the next couple of years we're going to be a team that's going to be going to the postseason, that would be an easy thing to answer and say we want to try to keep Nick around. But right now, we are trying to assess if he could fit."