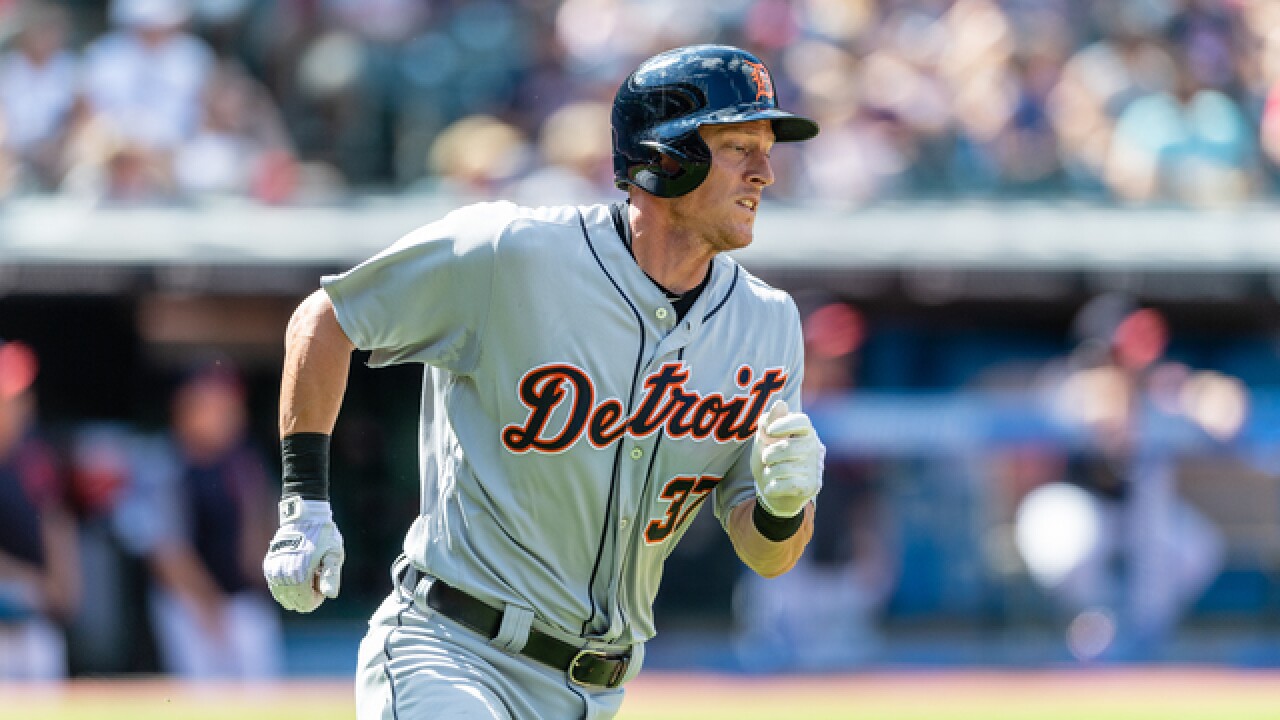 CLEVELAND (AP) -- The Cleveland Indians rested several of their regulars a day after clinching the AL Central and lost to the Detroit Tigers 6-4 Sunday as Jim Adduci homered and drove in a career-high four runs.

The Indians rolled to a 15-0 win Saturday and celebrated their third straight division championship following the game. Francisco Lindor, Jose Ramirez and Michael Brantley -- three of Cleveland's All-Stars -- were among the regulars given the day off by manager Terry Francona.

Cleveland rookie Shane Bieber (10-4) took a 3-1 lead into the fifth, but the Tigers scored four times and bounced from Saturday's loss in which they had only two hits and committed four errors.

Indians reliever Andrew Miller pitched a scoreless seventh but gave up a solo home run to Mikie Mahtook in the eighth. Miller has been on the disabled list three times this season with hamstring, knee and shoulder injuries.

Francisco Liriano (5-10) allowed three runs in seven innings for the Tigers, who won two of three in the series after losing 10 straight at Progressive Field dating to last season.

Adduci capped the fifth-inning rally with his third home run of the season, a three-run drive that cleared the 19-foot wall in left field. He also had a sacrifice fly.

Tigers closer Shane Greene allowed a run in the ninth, but recorded his 30th save. Brandon Guyer and Brandon Barnes started the inning with singles and Adam Rosales had an RBI single with two outs before Rajai Davis popped up to end the game.

Both teams scored in the first. Adduci gave Detroit the lead with a sacrifice fly, and Yandy Diaz tied it with an RBI single.

Cleveland broke the tie in the fourth. Rookie catcher Eric Haase had an RBI single for his first major league hit and Erik Gonzalez drove in a run with a grounder.

TRAINER'S ROOM
Tigers: OF JaCoby Jones (sore right shoulder) was out of the lineup. He was removed in the fourth inning Saturday after crashing into the wall chasing a flyball and then attempting a diving catch.
Indians: DH Edwin Encarnacion rolled his right ankle rounding second base Saturday, but the injury isn't believed to be serious.

UP NEXT
Tigers: RHP Jordan Zimmermann (7-7, 4.17 ERA) will start against Minnesota in the opener of a three-game series Monday night at Comerica Park.
Indians: Cleveland is off Monday. RHP Corey Kluber (18-7, 2.91 ERA) will continue his pursuit of a second straight AL Cy Young Award against the Chicago White Sox on Tuesday night. LHP Carlos Rodon (6-5, 3.10 ERA) will start for Chicago.