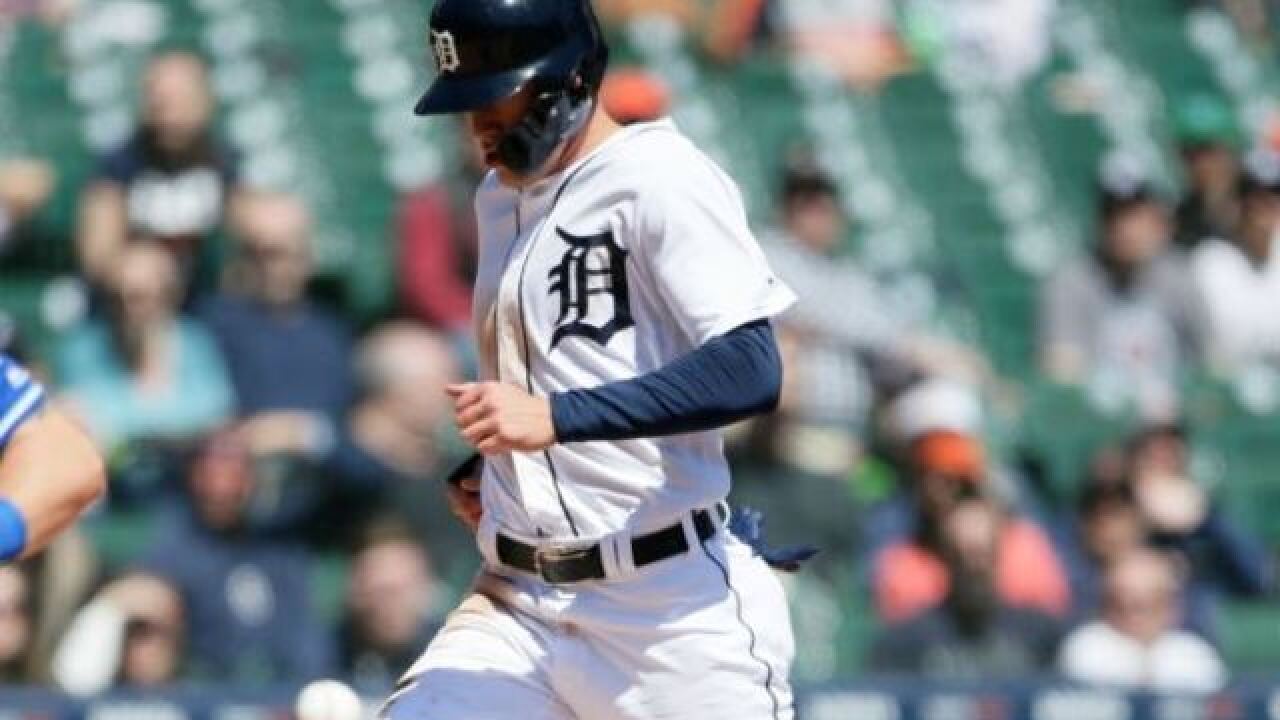 DETROIT -- JaCoby Jones led off the 12th inning with a triple and scored on John Hicks' bunt single, lifting the Detroit Tigers to a 3-2 win over the Tampa Bay Rays on Wednesday.

Hicks bunted toward first and the Rays didn't have a chance to make a play at the plate. First baseman Brad Miller fielded the ball and collided with right-hander Matt Andriese (0-1).

Warwick Saupold (1-0) got three outs for the win, striking out two. He combined with five other relievers for six scoreless innings, yielding just two hits.

Tampa Bay left-hander Blake Snell was pulled after he surrendered James McCann's tying solo homer with two out in the seventh. Snell, who had won his previous four starts, gave up five hits, struck out four and walked one.

The Rays had a chance to regain the lead in the eighth, putting a runner on second with two out. But Carlos Gomez's liner was snagged by leaping second baseman Dixon Machado.

Michael Fulmer pitched six innings of two-run ball for Detroit. Fulmer has yielded a total of four earned runs in his last three starts, and hasn't factored in the decision of each of those games.

The Rays scored in each of the first two innings on Wilson Ramos' RBI single and Denard Span's groundout.

Machado's groundout got Detroit on the board in the fifth and McCann's third homer this season made it 2-all in the seventh.

Rays: RHP Nathan Eovaldi (right elbow surgery) recently threw nearly 100 mph in a bullpen session, but the team is sticking to its plan to bring him back in a few weeks.