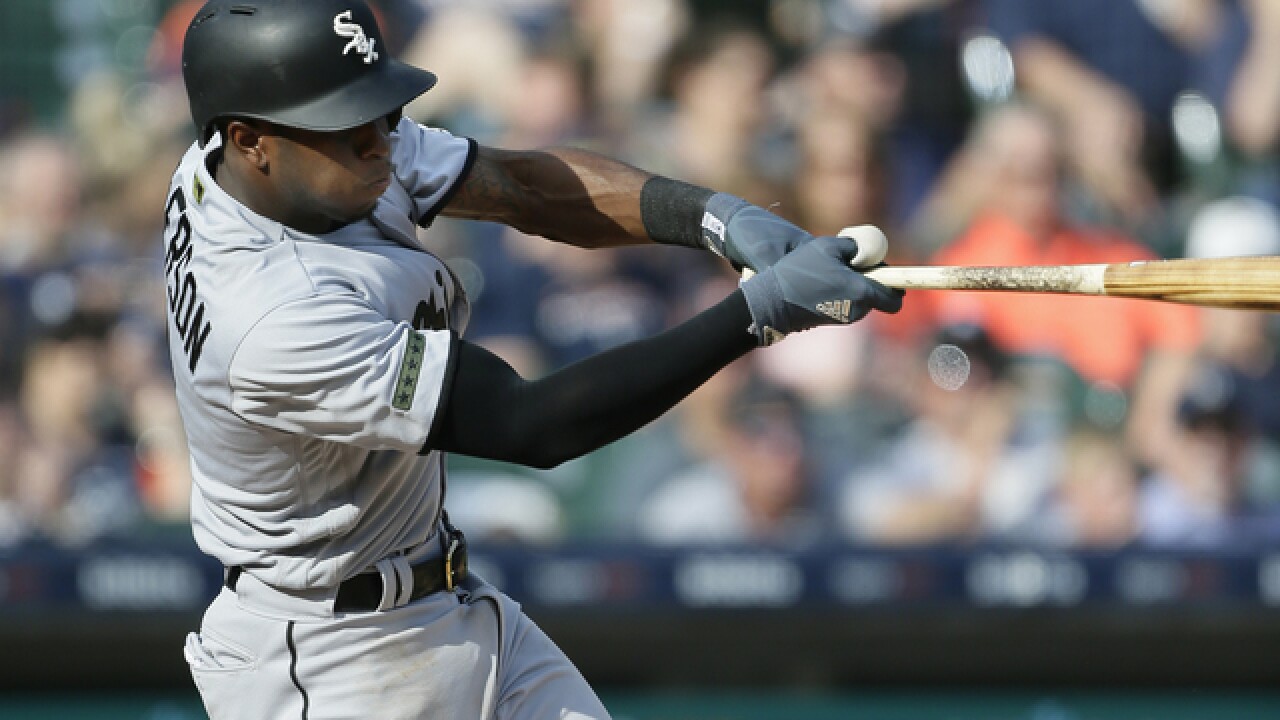 Copyright Getty Images
Duane Burleson
<p>DETROIT, MI - MAY 26: Tim Anderson #7 of the Chicago White Sox hits a three-run home run against the Detroit Tigers during the sixth inning at Comerica Park on May 26, 2018 in Detroit, Michigan. (Photo by Duane Burleson/Getty Images)</p>

DETROIT (AP) -- Tim Anderson homered twice on his way to a career-high four RBIs, leading Hector Santiago and the Chicago White Sox to an 8-4 victory over the Detroit Tigers on Saturday.

Anderson and Jose Abreu each hit a solo drive in the fifth, tying it at 3. Daniel Palka led off the sixth with a tiebreaking shot off Francisco Liriano (3-2), and Anderson's three-run homer against Louis Coleman made it 7-3 White Sox.

Anderson also connected during Friday night's 5-4 loss to Detroit. He is up to 10 homers so far this season.

Jeimer Candelario homered twice for Detroit and drove in three runs. Liriano struck out eight in five-plus innings, but was charged with five runs and six hits.

Candelario, who had the winning RBI single Friday night in his first game back from the disabled list, belted a two-run shot off Santiago in the first. He added a solo drive in the third, making it 3-1.

Candelario also walked and scored on an error by Anderson in the ninth. But Joakim Soria got Niko Goodrum to fly out to end the game.

TRAINER'S ROOM
White Sox: DH Matt Davidson was scratched due to back tightness after he missed the previous three games with the same ailment. Jose Rondon replaced him in the lineup.
Tigers: 1B Miguel Cabrera (right hamstring strain) could return Sunday. He has been out since May 4. After finishing their series with the White Sox, the Tigers host the Angels in a four-game set at Comerica Park.