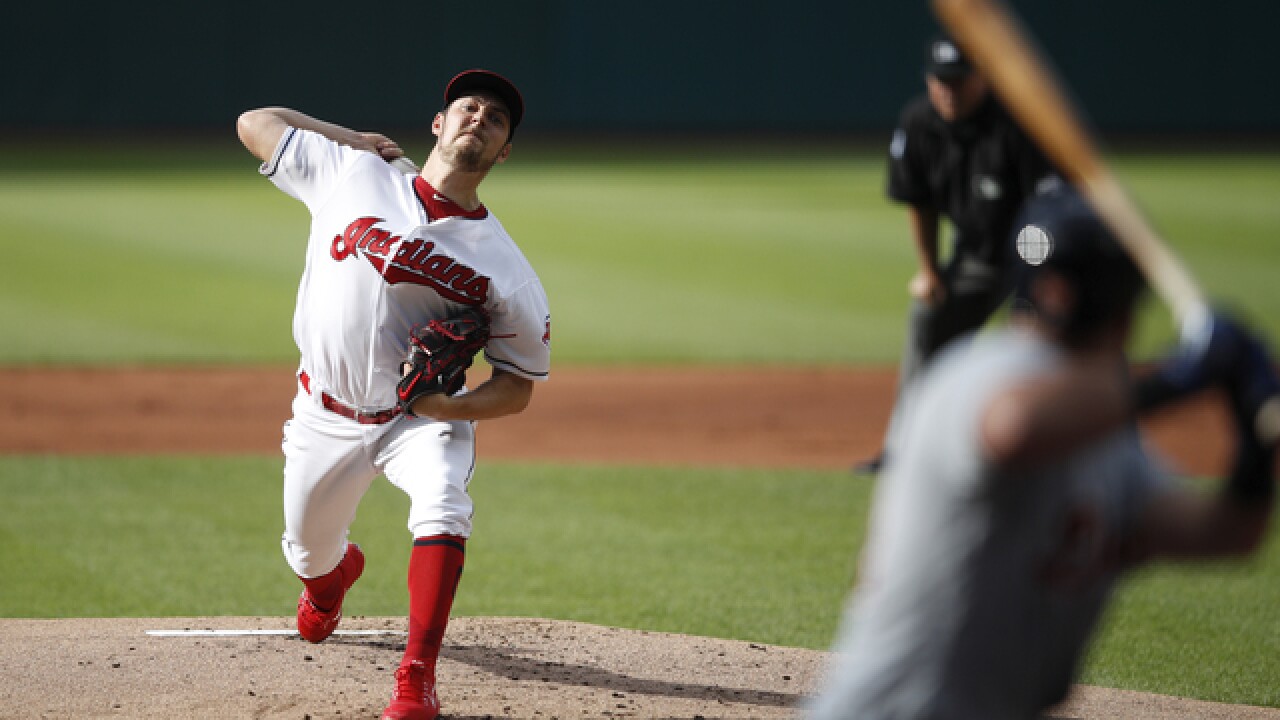 CLEVELAND (AP) -- Trevor Bauer struck out 11 over 6 1/3 innings to beat Detroit for the fourth time this season, leading the Cleveland Indians past the Tigers 4-1 on Saturday night for their sixth straight win overall.

Bauer (7-5) allowed a run in the second inning on a wild pitch and was pulled after Dixon Machado's one-out single in the seventh. The right-hander recorded his seventh double-figure strikeout game of the season, including five of his last six starts. He's 4-0 with a 1.23 ERA in four starts against the Tigers.

Francisco Lindor hit a leadoff homer in the fifth, and Jose Ramirez -- who reached base in his 30th consecutive game -- and Edwin Encarnacion had RBI singles in a three-run first.

Cody Allen struck out two in a perfect ninth for his 16th save in 17 opportunities.

Francisco Liriano (3-3), making his first start in a month, allowed three runs -- two earned -- in four innings. The left-hander, who strained his right hamstring against the White Sox on May 26, threw 40 pitches in the first.

Detroit lost its fourth straight and committed three errors. Catcher James McCann dropped a throw from center field that allowed a run to score in the first.

Cleveland's first consisted of four hits, two walks, two wild pitches and McCann's error. Ramirez singled in the first to score Lindor. Encarnacion followed with another single for a 2-0 lead.

Following a wild pitch, Brandon Guyer singled to center. Encarnacion would have been out by 10 feet, but scored on a slide when McCann couldn't hang on to Leyonis Martin's throw.

Liriano made his first start since straining his right hamstring against the Chicago White Sox on May 26.

CAUTIOUS APPROACH
The Indians aren't going to rush left-hander Andrew Miller to come back from his sore right knee, an injury that has had him on the disabled list since May 26. He won't throw off a mound for 10 days and there's no timetable for his return.
"We saw the load he carried a couple years ago," manager Terry Francona said. "For us to get where we want to go, and have the best chance to do that, he's going to carry a big load. So we feel like being patient is the best chance to get there."

TRAINER'S ROOM
Tigers: RHP Johnny Barbato (rotator cuff tendinitis) is on the 10-day disabled list. He allowed five runs in one-third of an inning Friday.
Indians: RHP Carlos Carrasco (bruised elbow) is scheduled to throw a bullpen session Monday. He was struck on the elbow by a line drive hit by Minnesota's Joe Mauer on June 16.