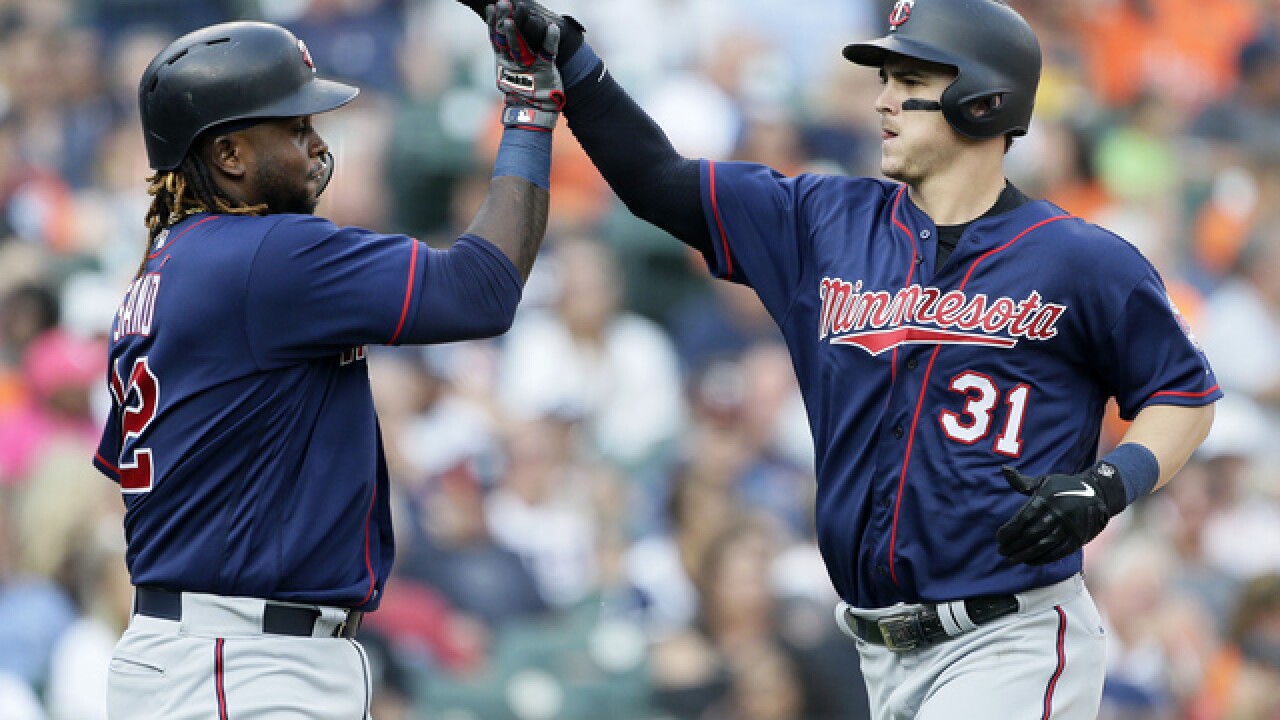 Austin was acquired in the July 30 trade that sent Lance Lynn to the New York Yankees. He was recalled from Triple-A Rochester on Friday.

The Tigers rallied in the ninth against Trevor Hildenberger, who got a chance to close after Fernando Rodney was traded to Oakland on Thursday.

Victor Martinez led off with a walk, and Niko Goodrum followed with a drive to right for his 12th homer. Jim Adduci then singled, but James McCann struck out looking, rookie Victor Reyes flied out, and JaCoby Jones struck out for the third time.

It was Hildenberger's first save of the year and the second of his career.

The Tigers jumped in front on McCann's RBI single in the second, but the Twins tied it in the third when Eddie Rosario scored on Liriano's wild pitch.

Austin's ninth homer gave the Twins a 3-1 lead in the fifth, and Rosario's RBI double off Zach McAllister put Minnesota ahead by three in the sixth.

UP NEXT
The teams finish their three-game series on Sunday, with Detroit's Matthew Boyd (6-10, 4.33 ERA) facing Kohl Stewart, who will be making his major league debut for the Twins. Before the game, the Tigers will retire the No. 47 of newly inducted Hall of Famer Jack Morris, who won World Series championships with both the Tigers and Twins.